Out-of-sorts Borussia Dortmund will be looking to take revenge on TSG Hoffenheim for a 4-0 defeat in the reverse fixture when the two teams meet at Signal Iduna Park in an exciting Bundesliga affair.

Dortmund have lost three of their last four Bundesliga games (W1), with each of those results (win/loss) seeing the victor fail to keep a clean sheet. A recent dip in form has seen Borussia fall four points behind fourth-placed Eintracht Frankfurt. However, ‘Die Borussen’ have gone from three consecutive Bundesliga home defeats to three home league fixtures without losing in a row (W2, D1), with four of those six matches seeing over 2.5 goals and both teams on the scoresheet. Indeed, Signal Iduna Park has been a venue of entertainment this season, as 77.78% of Dortmund’s Bundesliga games here have produced 3+ FT goals (7/9). The high-octane second-half tempo is well on the cards, given 71.88% of their total home goals scored/conceded this Bundesliga campaign have come after half-time (23/32).

After a string of top-class performances, Hoffenheim have experienced a drop-off, going from three consecutive Bundesliga matches without losing (W2, D1) to back-to-back defeats. Curiously, each of their four games won/lost in that five-match sequence saw the winner on the day open the scoring and net 3+ goals at full-time. Away from home, ‘Die Kraichgauer’ have alternated a triumph with a defeat in their last five Bundesliga fixtures (W2, L3), with four of those results featuring a full-time margin of over 2.5 goals. Against this backdrop of clear-cut wins/losses, ten of Hoffenheim’s last 12 top-flight trips to Dortmund have seen the sides separated at full-time by under 1.5 goals (W2, D4, L6). Worryingly for the visitors, they have conceded a league-highest 11 first-half goals away from home this Bundesliga campaign. 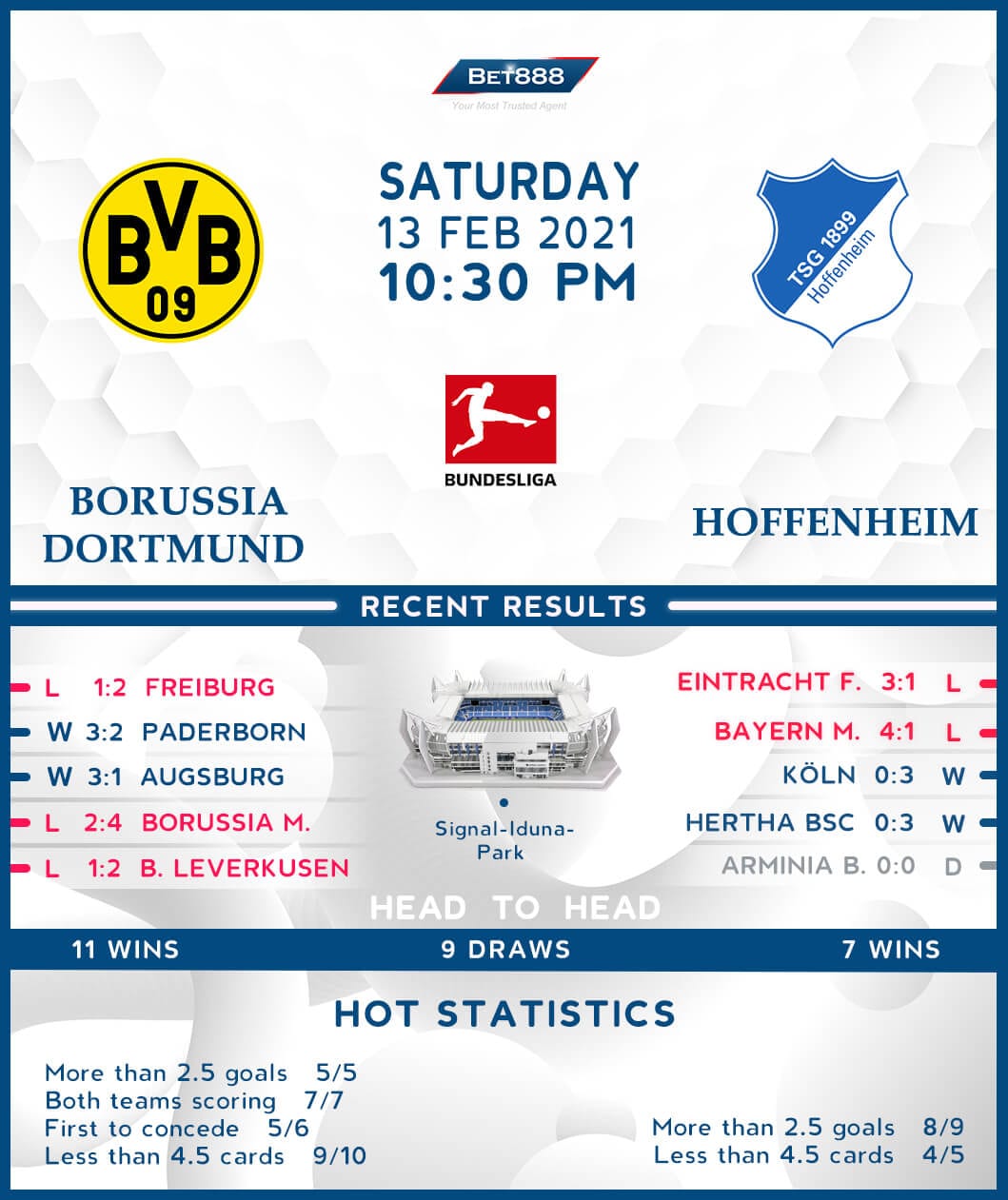