Borussia Dortmund are set to take on Union Berlin in a must-win Bundesliga match at the Signal Iduna Park this midweek.

Borussia Dortmund swept Werder Bremen aside 4-1 at home last time out, reducing the gap on fourth-placed Eintracht Frankfurt to four points in the process. The hosts have gone from two consecutive Bundesliga games without winning (D1, L1) to back-to-back victories, both of which saw them come from behind to seal the three points. ‘Die Borussen’ have racked up a league-high 11 points from losing positions since the turn of the year. Remarkably, Edin Terzic’s men have got on the scoresheet in each of their last 41 matches in all competitions en route to setting a new club record. Dortmund’s home action usually clicks into gear after the half-time break, with 68.75% of their total Bundesliga goals scored at the Signal Iduna Park this season coming in the second half of play (22/32).

Meanwhile, Union Berlin secured a tight 2-1 home win over Stuttgart last time out to bring a three-game winless Bundesliga streak to a halt (D2, L1). Union’s away Bundesliga campaign in 2021 has been a bit topsy-turvy, with ‘Die Eisernen’ picking up only two victories in nine league trips since the turn of the year (W2, D3, L4). The clean sheet has been a common theme in the visitors’ away league fixtures this calendar year as 55.56% have seen one or both sides fail to get on the scoresheet. However, Union Berlin have yet to win a competitive match at the Signal Iduna Park (L3), losing twice beyond the regulation time in the DFB Pokal. By contrast, they have won two of their three top-flight H2Hs (L1), including a 2-1 victory in the reverse fixture back in December 2020. 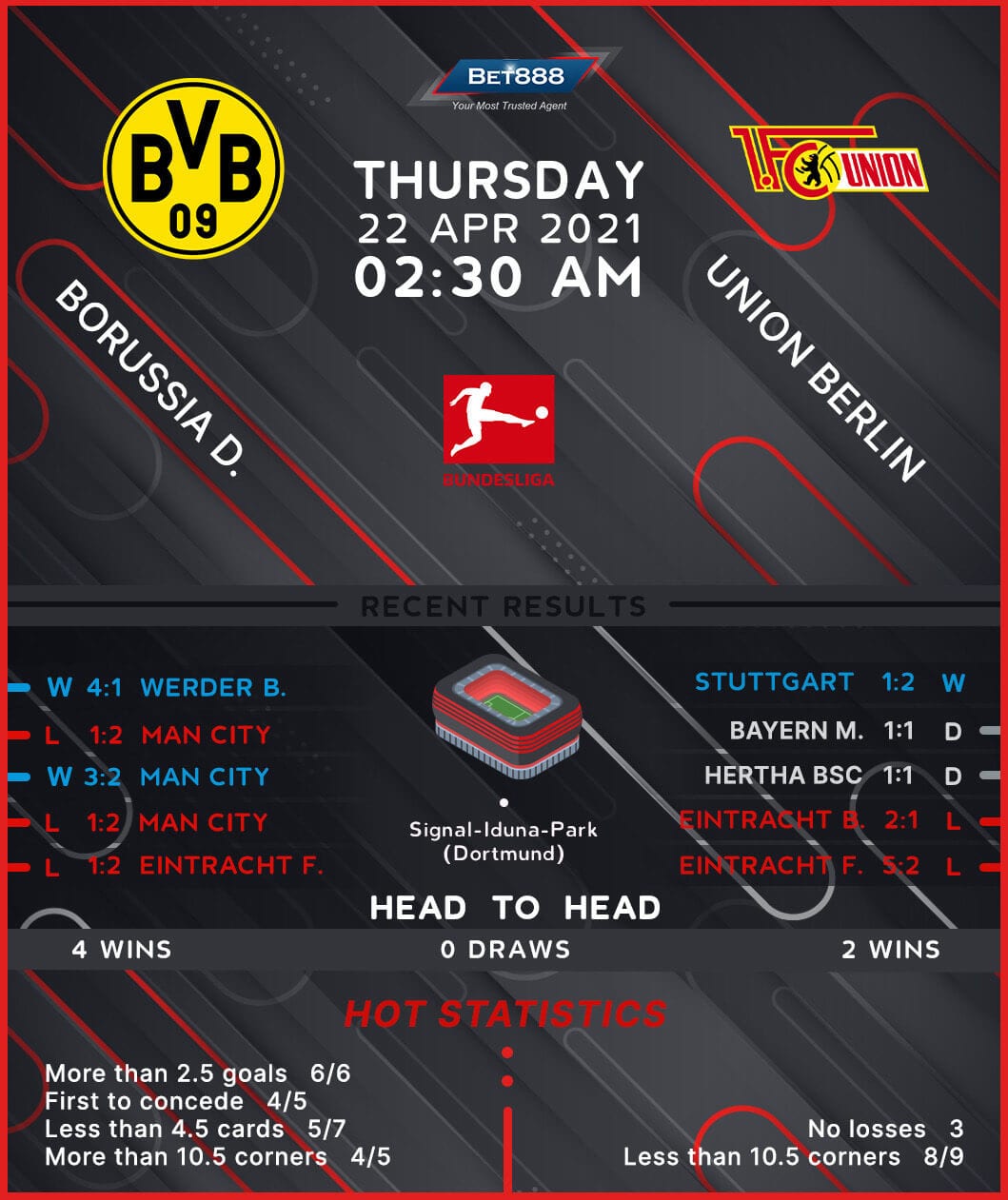