The hosts have endured mixed fortunes in their last five Bundesliga outings (W2, D1, L2), with four of those fixtures seeing over 2.5 goals and both teams on the scoresheet. Before losing their most recent home league game to Eintracht Frankfurt (2-1), Dortmund had gone unbeaten in six consecutive Bundesliga games at the Signal Iduna Park (W4, D2), notably scoring 2+ goals on five occasions in the process. Worryingly, though, Dortmund’s tally of four top-flight defeats at home this season equals their record of four home reverses across the last two Bundesliga campaigns combined. Adding to their problems, BVB have claimed just one victory in their previous four competitive H2Hs as hosts (D2, L1) after a run of nine consecutive wins in such contests beforehand. Yet, their last seven competitive meetings here have featured 3+ goals and both sides scoring.

On the other hand, Werder’s Bundesliga wobble continued last weekend with a disastrous 4-1 home loss to RB Leipzig as they enter this round on the back of four league defeats on the bounce. Interestingly, though, Werder’s away Bundesliga record in 2021 is almost perfectly balanced (W2, D2, L3), with different outcomes alternating between each other week in, week out. The ‘clean-sheet’ theme has been significant in terms of their away results preceding this fixture, as four of their five Bundesliga wins/losses on the road this calendar year saw the winner on the day register a shutout. Falling behind may well put a victory outside the visitors’ reach, knowing they have lost four of the five away Bundesliga matches in which they conceded first this season (D1). 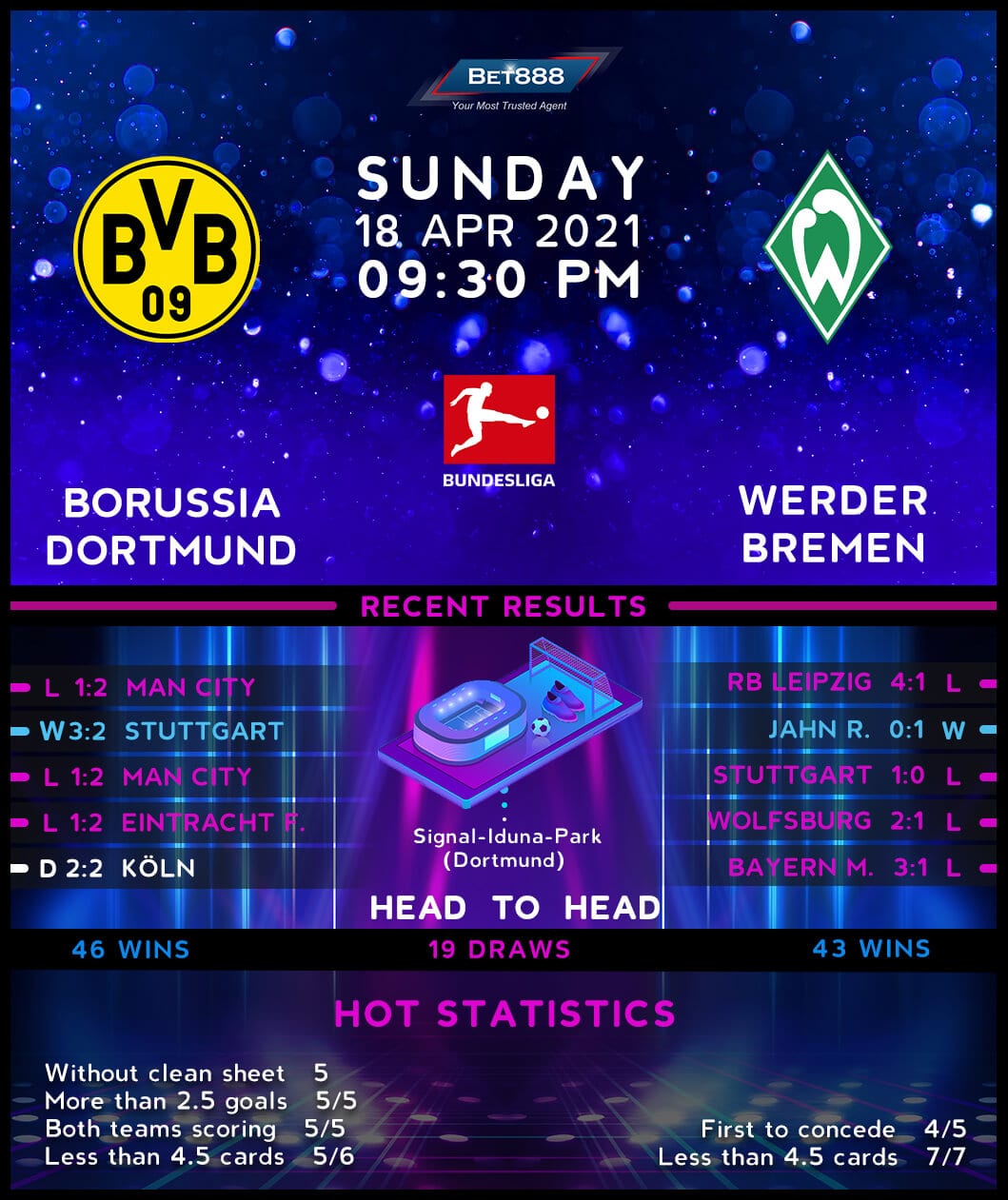