Borussia Signal Iduna Park is the venue, as Borussia Dortmund and Wolfsburg kick off their respective Bundesliga campaigns in the new calendar year.

Borussia Dortmund finished 2020 with a whimper rather than a bang, losing three of five Bundesliga matches down the final stretch of the calendar year (W1, D1). Moreover, ‘Die Borussen’ have gone from three home Bundesliga victories in a row to three consecutive defeats in home league games, conceding an average of 4.00 goals across those losses. They have only lost four home Bundesliga fixtures on the trot once in the club history (back in 2000). However, Dortmund have kept a clean sheet in each of their four previous top-flight H2Hs as hosts, winning three of them by multiple-goal margins (D1). By extension, they have defeated Wolfsburg in nine of their last ten Bundesliga meetings, home and away (D1), scoring 26 goals combined across those clashes while conceding just three in return.

Meanwhile, Wolfsburg have secured only one victory in their six away Bundesliga games this season (D4, L1), conceding the opening goal in each match they drew in this sequence. Despite their recent goal duck against Dortmund, ‘Die Wolfe’ will be confident of finding the net here, as they’ve scored in each of their last ten Bundesliga outings. If they manage to pull that off, Oliver Glasner’s men are likely to do it early in the game, as six (75%) of their eight league goals scored on the road have come in the first half of play. However, Wolfsburg’s defensive woes have often been exposed before the break this season, as evidenced by the fact that five (71.43%) of their seven away Bundesliga goals conceded have arrived in the first half. 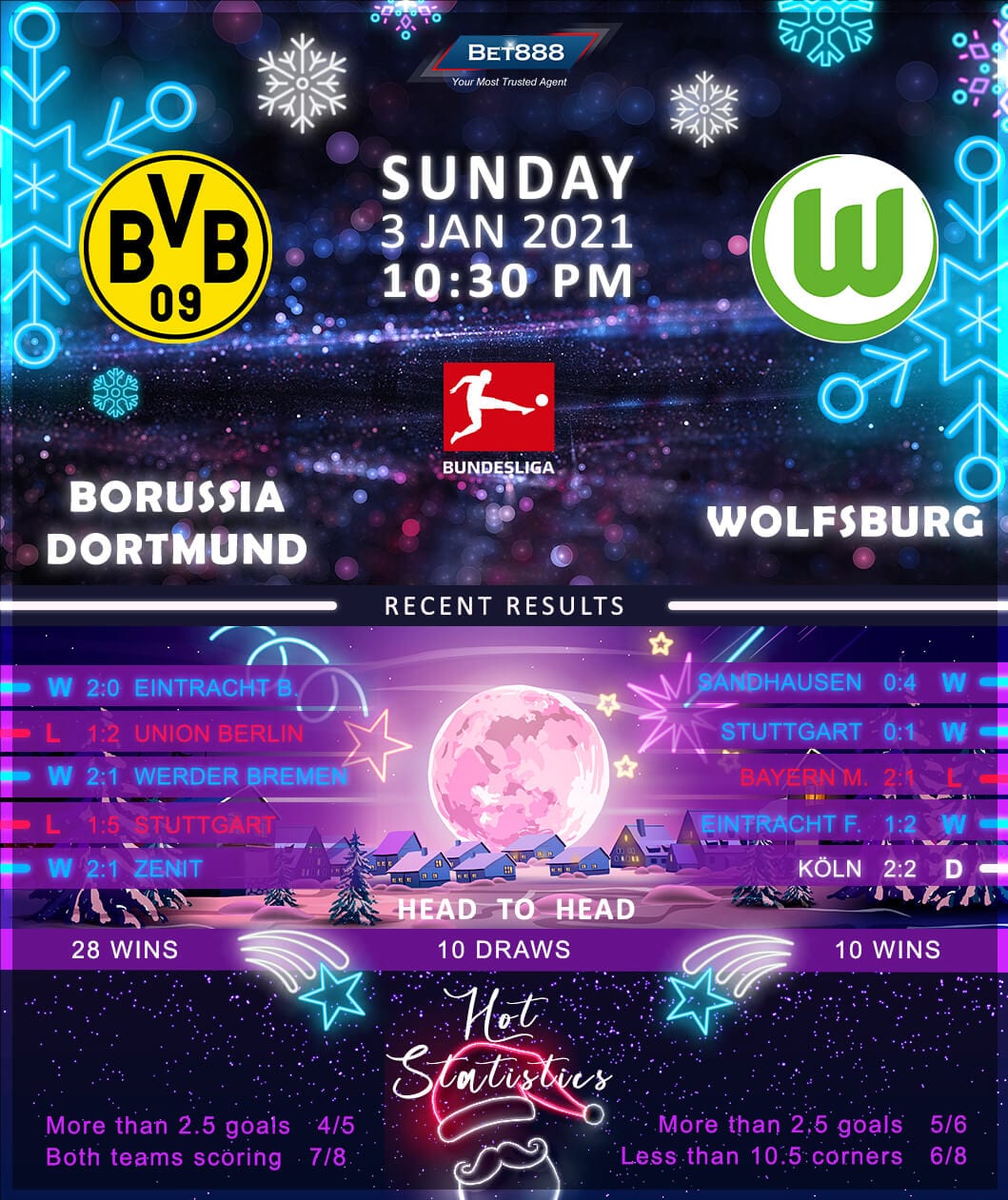