A 10-man Gladbach side squandered a half-time lead to draw 2-2 at Hertha BSC last time out, seeing their two-match winning streak in the Bundesliga come to an end. However, ‘Die Fohlen’ have netted seven goals across their last three league outings, two more than they had in their previous seven in the competition combined. Worryingly, though, Marco Rose’s men have registered just 45.83% of their total Bundesliga goals scored this season at home (22/48), bagging under 1.5 goals in three of their last four league games at Borussia-Park. Having that said, their previous three top-flight meetings with Frankfurt have seen over 3.5 goals and both teams on the scoresheet, with Gladbach scoring 3+ goals on each occasion (W2, D1). Late action could well be on the cards here, considering that 57.14% of Borussia’s home Bundesliga matches this season have featured a goal beyond the 75th minute (8/14).

Meanwhile, the visitors have gone from three consecutive Bundesliga fixtures without a win (D2, L1) to three league victories on the trot, all of which have seen the opener scored within 11 minutes and both teams on the scoresheet before half-time. ‘Die Adler’ have been a fun side to watch on the road lately, as each of their last six away Bundesliga games has witnessed both teams score, with all but one of them producing 3+ FT goals. A high-octane first half is not beyond the realm of possibility at all, given that 50% of Frankfurt’s away league fixtures this season have contained over 1.5 first-half goals (7/14). Notably, Adi Hutter’s men have found the back of the net in 23 consecutive Bundesliga matches and are now only six short of equaling the club record dating back to 1977. 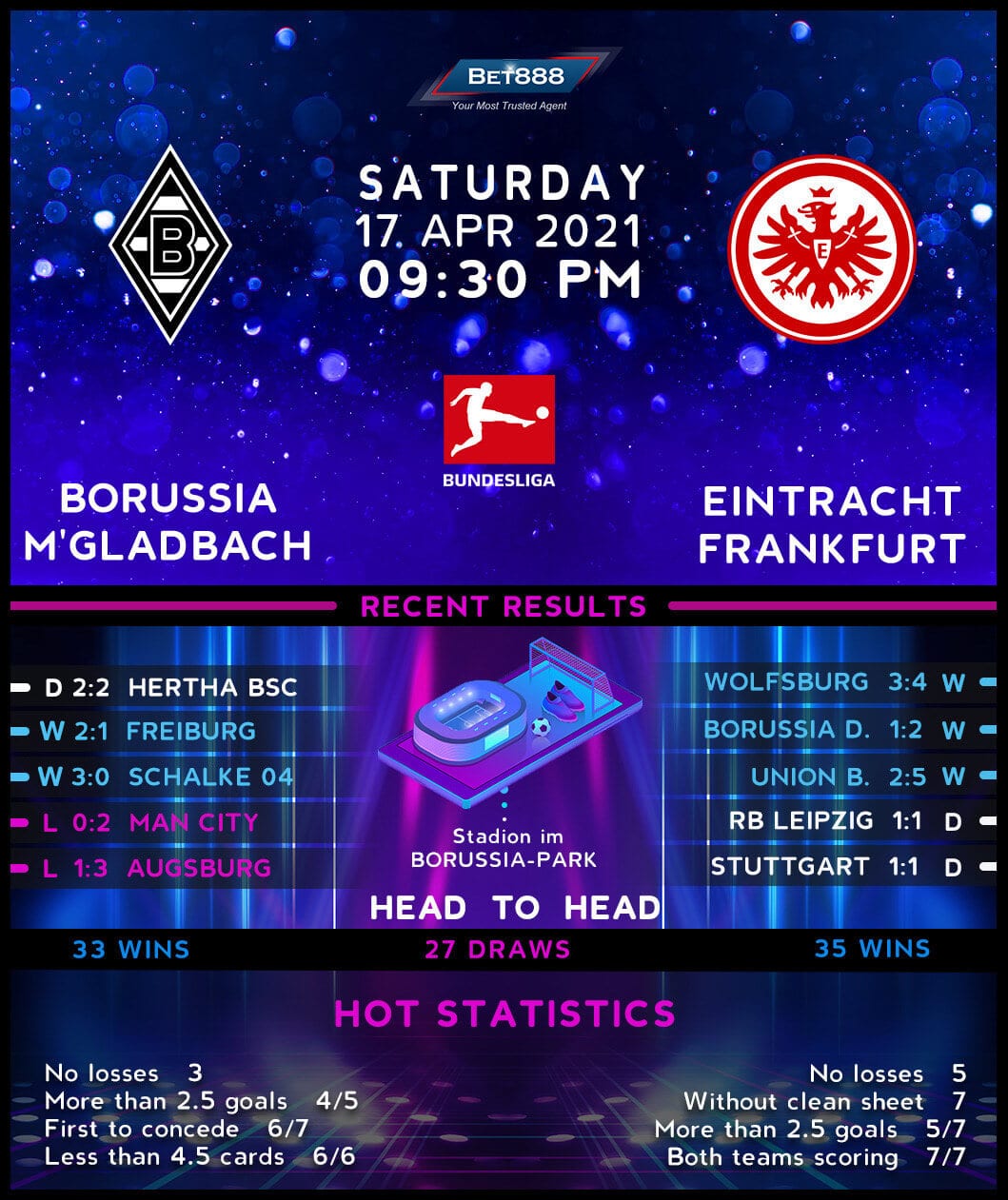