Borussia Monchengladbach will be looking to post back-to-back Bundesliga wins for the first time since January when they lock horns with Freiburg at Borussia-Park this weekend.

Gladbach claimed a comfortable 3-0 away win at Schalke on the stroke of the international break, putting an end to their dismal seven-match winless streak in the Bundesliga (D2, L5). At home, ‘Die Fohlen’ have lost each of their previous five games across all competitions, drawing a blank in the last three. However, they will be confident of ending their 334-minute wait for a home goal here, considering they’ve found the net in seven consecutive top-flight H2Hs as hosts, netting 3+ goals in three of the last four. Furthermore, Monchengladbach have suffered just one defeat in their 18 top-flight meetings with Freiburg at home (W10, D7), courtesy of a 2-1 loss in April 1995. Another positive note for the home side is that they have yet to trail at half-time at Borussia-Park this Bundesliga campaign (HT: W3, D10).

Meanwhile, a 2-0 home triumph over Augsburg on the eve of the international break means that none of Freiburg’s last five Bundesliga fixtures have ended in a draw (W3, L2), with four of the games won/lost in that sequence seeing the winner on the day register a shutout. Topically, three of their last four away league matches have seen one or both sides fail to hit the net. Despite an indifferent away form across their previous six Bundesliga games (W2, D1, L3), Freiburg can find some comfort in the fact they have avoided defeat in consecutive top-flight meetings with Gladbach (W1, D1) for the first time since 2014. The visitors will need a blistering start to optimize their chances of staying unbeaten here, considering they’ve lost all seven Bundesliga clashes in which they were trailing at half-time this season. 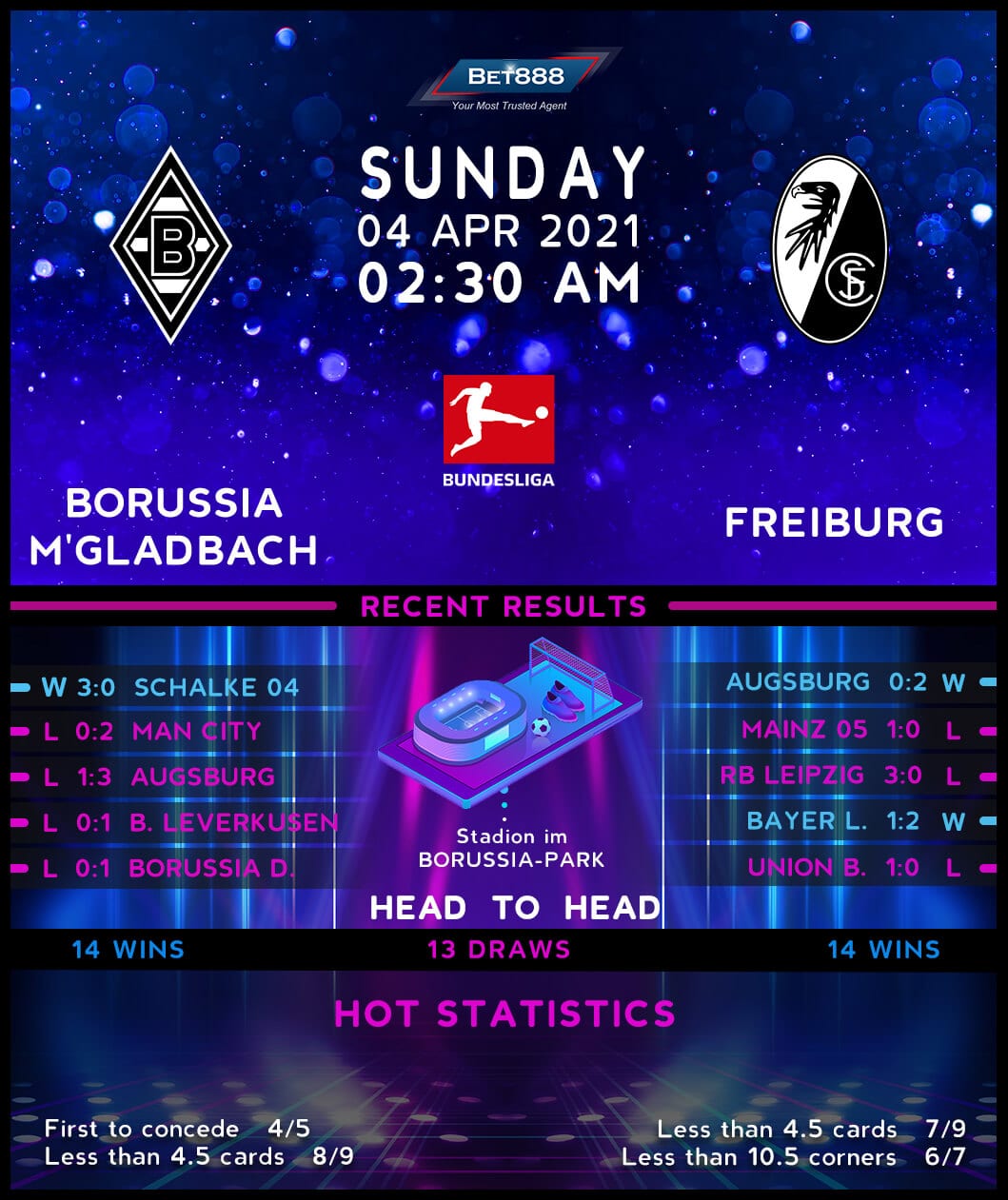