Borussia Monchengladbach will be looking to avoid defeat against Internazionale at Borussia-Park that will ensure they qualify for the UEFA Champions League knock-out stage.

After being held to back-to-back draws to Inter Milan and Real Madrid, Borussia Monchengladbach swept aside Shakhtar Donetsk in both of their group stage encounters, winning 6-0 away and 4-0 at home, to secure a top place in Group B. Indeed, each of Monchengladbach’s opening four Champions League fixtures has featured over 3.5 total goals. Those four games yielded a total of 18 goals, on an average of 4.5 per match, with three of them featuring over 1.5 second-half goals. Notably, the ‘Foals’ have gone unbeaten in four UEFA clashes against Inter Milan (W1, D3) since losing 4-2 in their first-ever meeting in European competition. Interestingly, they have drawn each of their last four European games against Serie A opponents, two of which ended goalless.

Meanwhile, a 2-0 loss to Real Madrid on Matchday 4 means the visitors are the only team in Group B yet to taste victory this term (D2, L2). Inter’s chances of qualifying for the knock-out stage are slim, as they enter this encounter trailing second-placed Real by five points. Antonio Conte’s men have drawn a blank in two of their four group stage matches this season, with three of their four goals scored in the other two games coming in the second half of play. Also, the ‘Nerazzurri’ have failed to win any of their last four away European games against Bundesliga clubs (D1, L3) and have won just one of their previous four matches in the Champions League group stage (D1, L3). But, they have never suffered three consecutive defeats in the Champions League group stage. 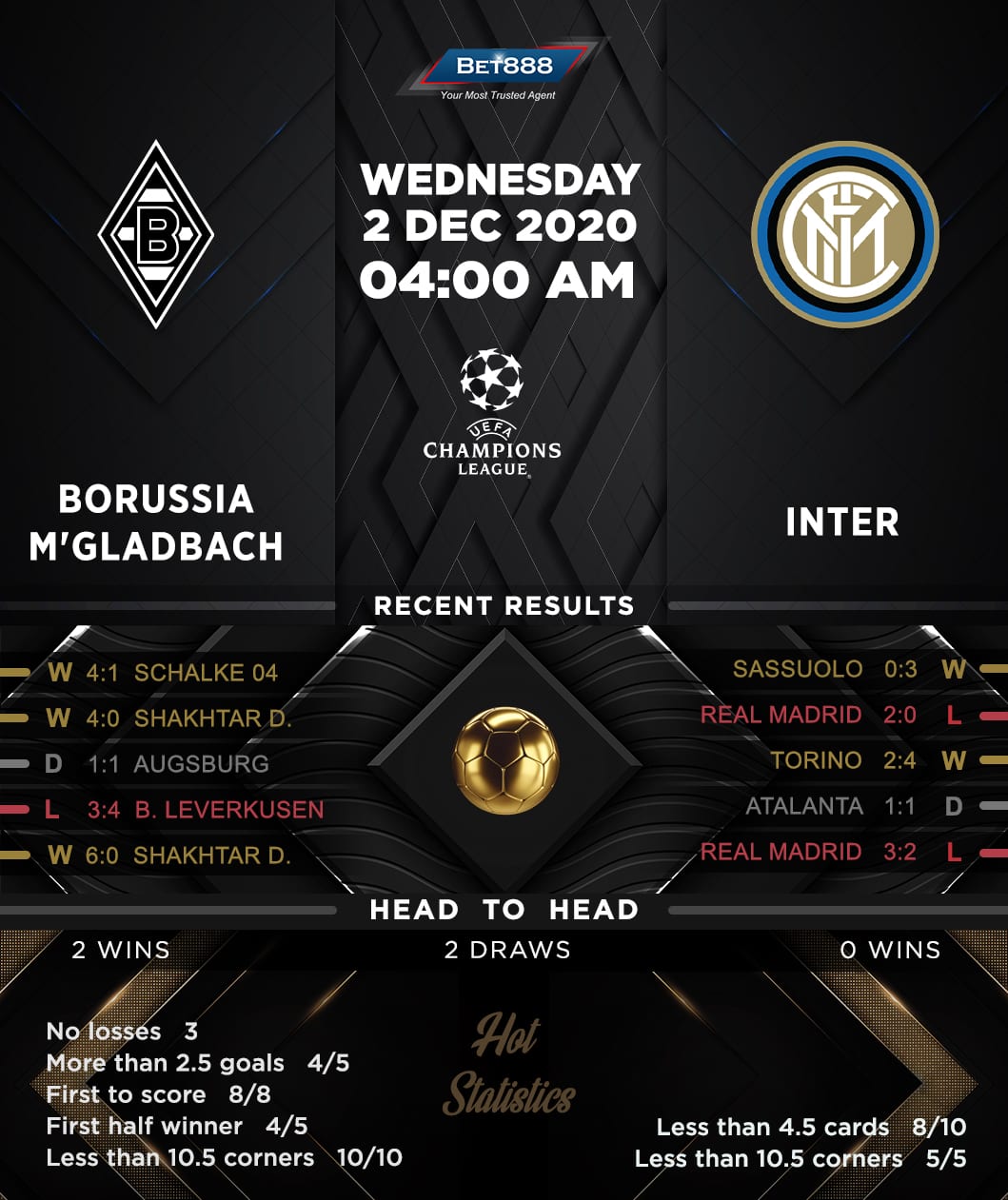