Borussia Monchengladbach’s first appearance in the UEFA Champions League knock-out stage after 43 years sets up an exciting last-16 tie against Manchester City. The overall head-to-head record between the two at Borussia-Park is perfectly balanced, with one win each and a draw.

Borussia Monchengladbach put up a string of impressive performances to finish second to Real Madrid in Group B, leaving the likes of Inter Milan and Shakhtar Donetsk behind along the way. Yet, ‘Die Fohlen’ have lost both of their previous Champions League matches, conceding 2+ goals on each occasion. Additionally, they have only picked up two victories in their nine Champions League home fixtures (D4, L3) and are winless in four meetings with Manchester City in the competition (D1, L3). Encouragingly, though, Marco Rose’s men have found the net in each of their nine Champions League home outings, netting over 1.5 goals in each such fixture this season. Coming into this encounter, Monchengladbach have experienced a dip in form, going from three consecutive home wins in all competitions to back-to-back defeats, both of which arrived by the identical 2-1 scoreline.

In the meantime, Manchester City surged through Group C, finishing top of the section with a record of five wins and a draw and returning an insane +12 goal difference in the process (GF:13, GA:1). Notably, City’s tally of one goal conceded this Champions League season is second to none, with Pep Guardiola’s men keeping a clean sheet in each of their three road trips in the competition so far. The ‘Sky Blues’ have faced German opponents in major European tournaments on 23 occasions in the past, winning 56.52% (13) of those meetings (D3, L7) and scoring an average of 2.08 goals per game. What’s more, Manchester City have won their last three away matches in the Champions League last-16, netting 2+ goals in each victory. Ahead of the kick-off, they have won 18 consecutive games in all competitions, shutting out their rivals 12 times in the process. 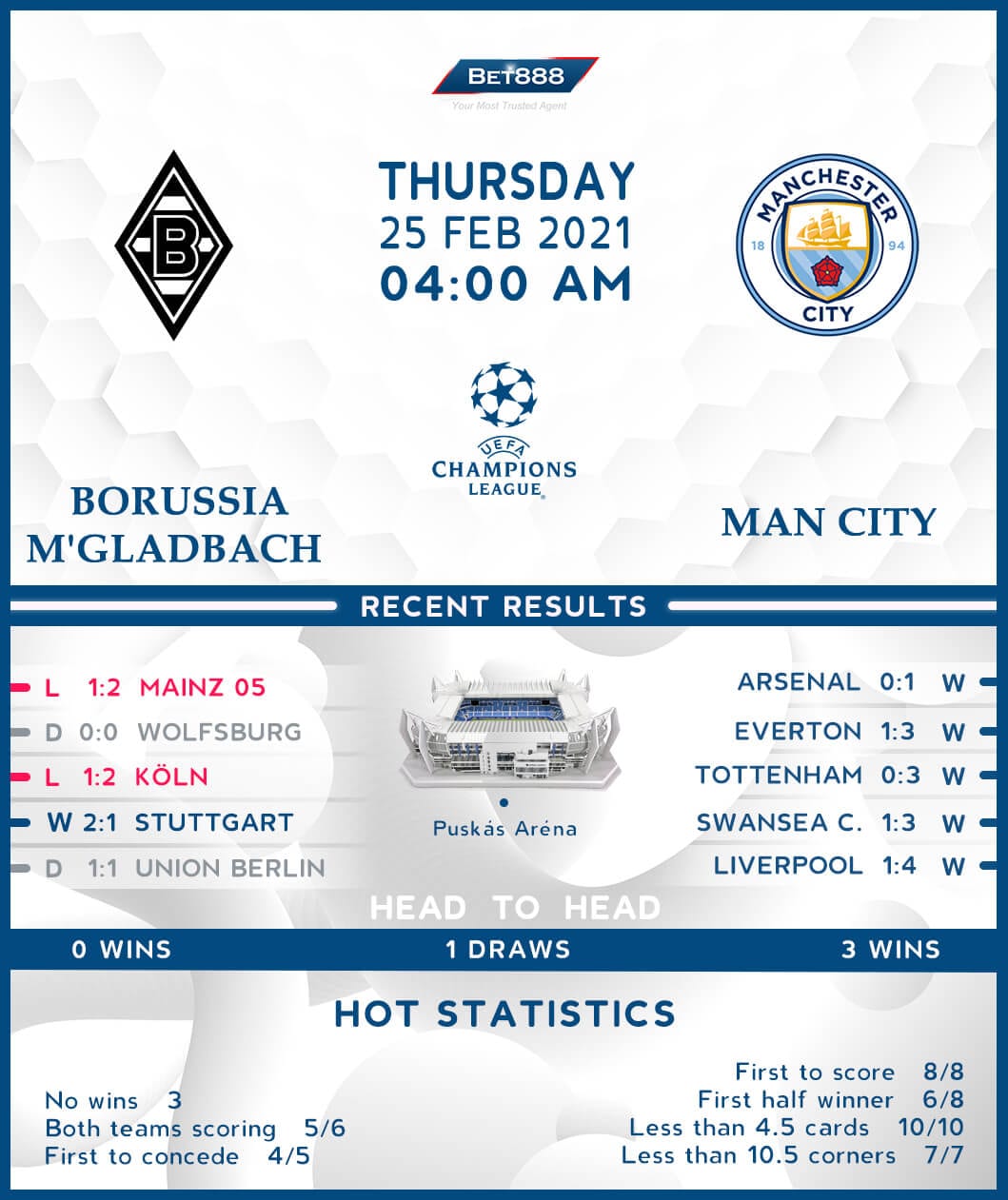