Out-of-sorts Bosnia & Herzegovina welcome FIFA’s #2 ranked nation France to the Stadion Grbavica in their second qualifier for the World Cup 2022.

Coming off the back of a goalless draw with Costa Rica in an international friendly, Bosnia will be looking to post their first win in the ongoing World Cup Qualifying campaign following a 2-2 stalemate away to Finland on Matchday 1. Easier said than done, considering the Bosnians failed to win any of their four H2Hs in the 21st century (D2, L2), scoring under 1.5 goals on each occasion. It gets worse for the ‘Dragons’ as they take the field after failing to pick up a victory in ten consecutive matches overall (D5, L5), drawing a blank in half of them. What’s more, Ivaylo Petev’s men have not scored in any of their last four home outings (D2, L2), all of which featured the identical 0-0 half-time scoreline.

Meanwhile, France eased past minnows Kazakhstan 2-0 on the road last time out to put their World Cup Qualifying campaign in motion following a dismal 1-1 home draw with Ukraine on Matchday 1. Since going down 2-0 to Turkey in their European Championship qualifier back in June 2016, ‘Les Bleus’ have put together 15 competitive games without losing (W12, D3), with 58.33% of their victories in that time coming by at least a two-goal margin. The reigning World Cup title-holders have only lost one of their last 15 World Cup Qualifying fixtures (W10, D4), notably scoring 2+ goals in each of their ten wins in that stretch. Another boost to their confidence is an imperious away form that has seen Didier Deschamps’ men post seven successive away wins in all competitions ahead of this trip, registering a shutout in six of those triumphs. 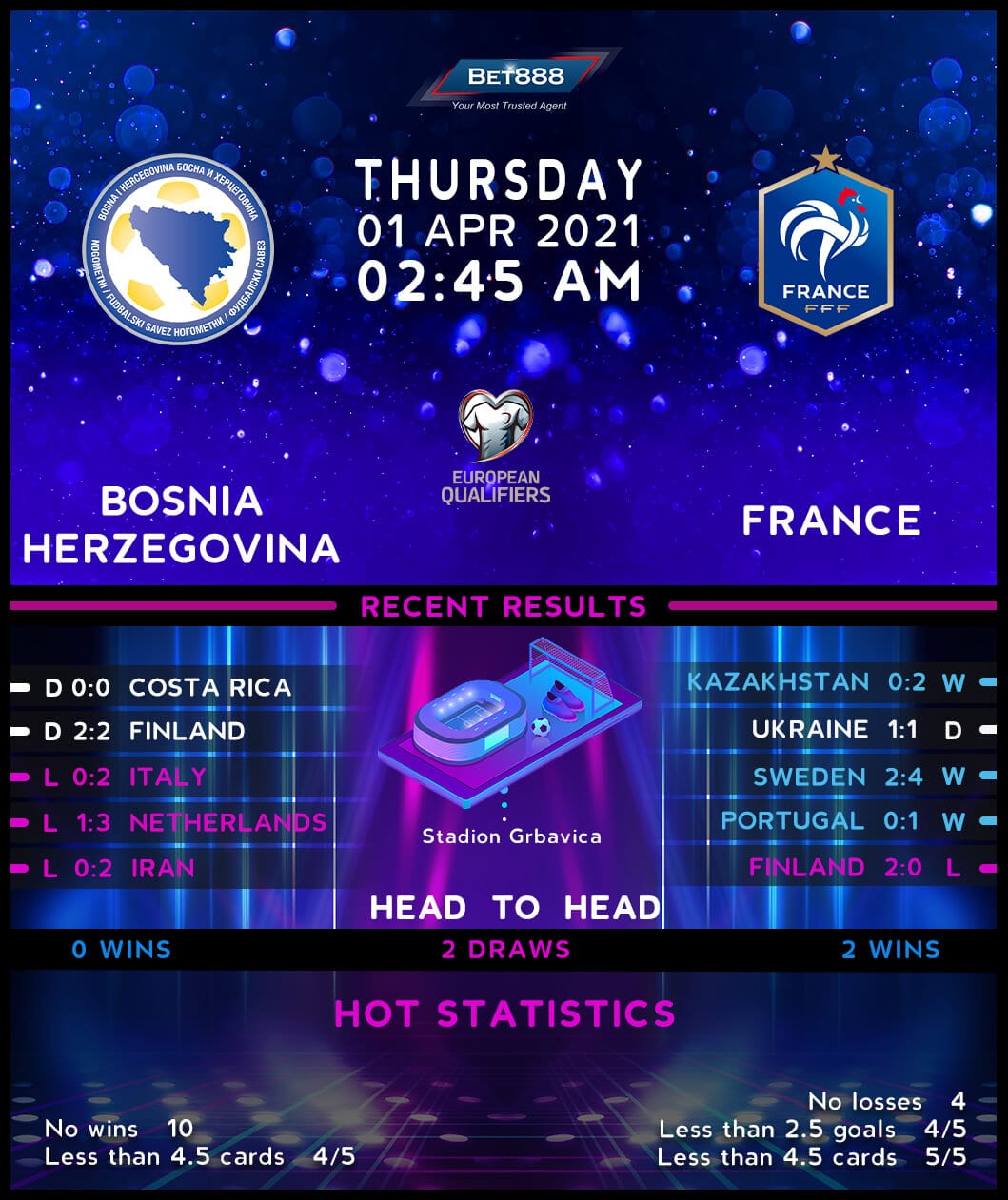