Estadio Olimpico Nilton Santos is the venue as Brazil and Colombia go head-to-head in the most highly anticipated fixture in the Copa America 2021 Group B.

Brazil have become the first South American team to qualify for the Copa America 2021 knock-outs after winning their opening two Group B fixtures by an aggregate scoreline of 7-0. Particularly lethal in the later stages of play, the Brazilians have registered five of their seven strikes at the tournament beyond the 60th minute. A 4-0 thumping of Peru last time out extended Brazil’s winning streak to nine internationals, a sequence that saw them prevail by a 2+ goal margin on eight occasions and keep a clean sheet eight times too. Beating Colombia could be a tricky task, though, as Tite’s men have played out back-to-back draws with this opposition after winning twice in a row beforehand. Moreover, the Brazilians have failed to beat their best-ranked opponents in three of their last four Copa America group games (W1, D1, L2), drawing a blank three times in the process.

Meanwhile, Colombia have blown hot and cold in Group B, experiencing mixed fortunes across their opening three Copa America 2021 fixtures so far (W1, D1, L1). Despite a sluggish start to the most prominent continental tournament in South America, the Colombians can leapfrog Brazil with a win here. Seeking a ninth knock-out stage qualification in their last ten Copa America appearances, ‘Los Cafeteros’ could still reach the quarter-finals even in the absence of a positive result here. Colombia’s hopes of beating the CONMEBOL juggernauts will hinge on their ability to keep Brazil at bay, as each of their last 11 international victories has been accompanied by a clean sheet. That’s easier said than done, with Colombia recording just six shutouts in 32 meetings with this opposition, with four such fixtures yielding a goalless draw. 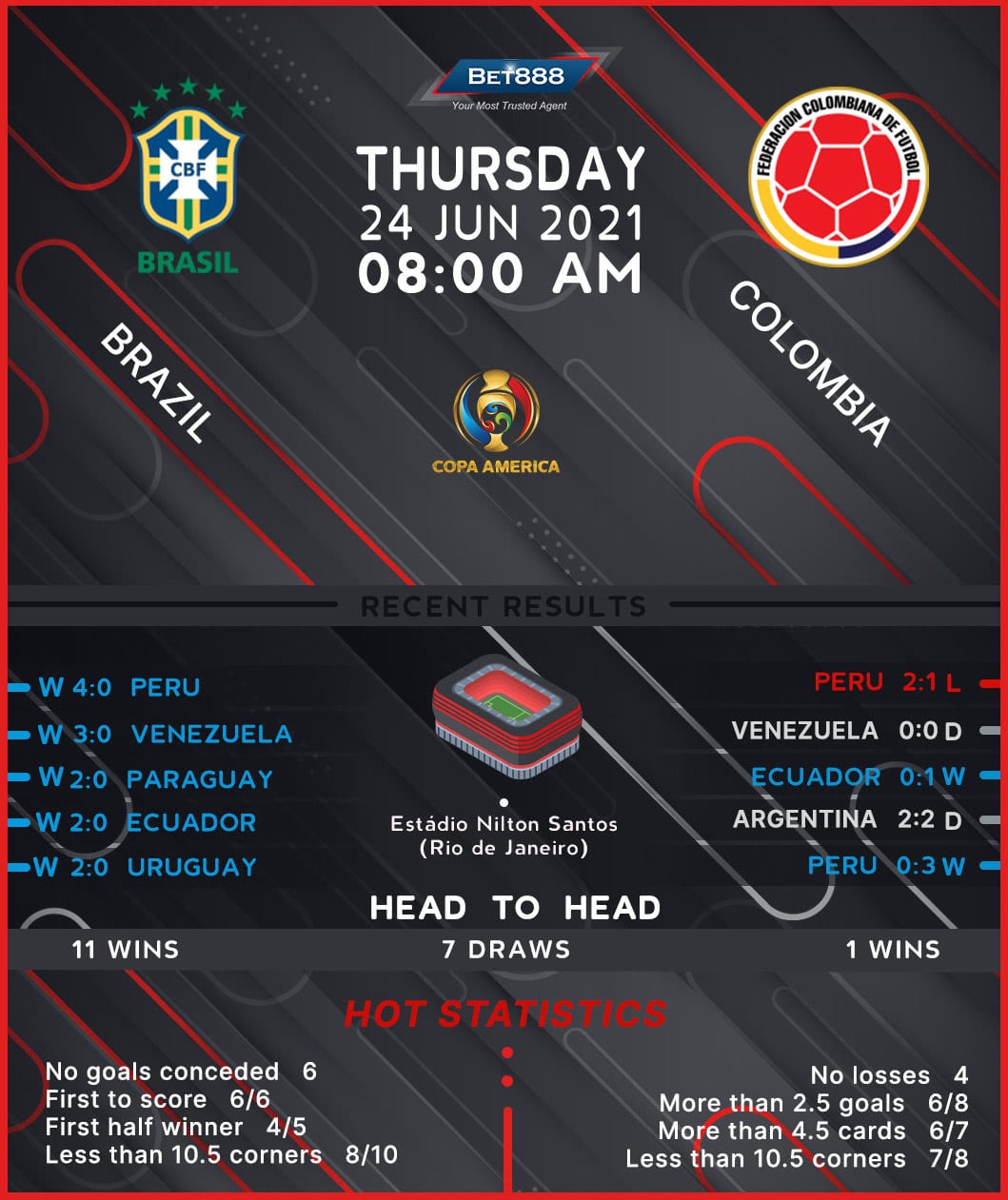