Brazil and Ecuador will face off against each other at the Estádio Olímpico Pedro Ludovico in the final round of the Copa America 2021 Group B fixtures.

Brazil staged a stunning second-half comeback to defeat Colombia 2-1 last time out and maintain their 100% start to their Copa America 2021 journey (W3). Despite already nailing down the top place in Group B, Brazil are aiming to execute a perfect group stage campaign at Copa America for the first time in the 21st century. Despite being warm favorites against underperforming Ecuador, the Brazilians have failed to win the first half in their last four America America meetings with this opposition (D4), three of which produced a goalless half-time. With that said, the ‘Selecao’ have never lost a Copa America fixture against Ecuador (GP14 – W12, D2). Tite’s men have developed a habit of crashing their opponents late in the games, scoring 2+ goals beyond the 60th minute in each of their last three outings.

Meanwhile, the Ecuadorians stare at the prospect of enduring a winless group stage at Copa America for the second tournament running after accruing two draws and a loss from their opening three Group B matches. Ecuador must be frustrated not to win their last two group stage fixtures after winning the first half ‘to nil’ on each occasion (D2). Both of those games saw Gustavo Alfaro’s men concede precisely two second-half goals, with three of those four goals shipped coming within the opening ten minutes of the second half. To progress to the knock-outs, ‘La Tri’ must at least match Venezuela’s result against Peru, though they will have to be wary of losing their last two Copa America H2Hs held on Brazilian soil by a margin of 5+ goals. 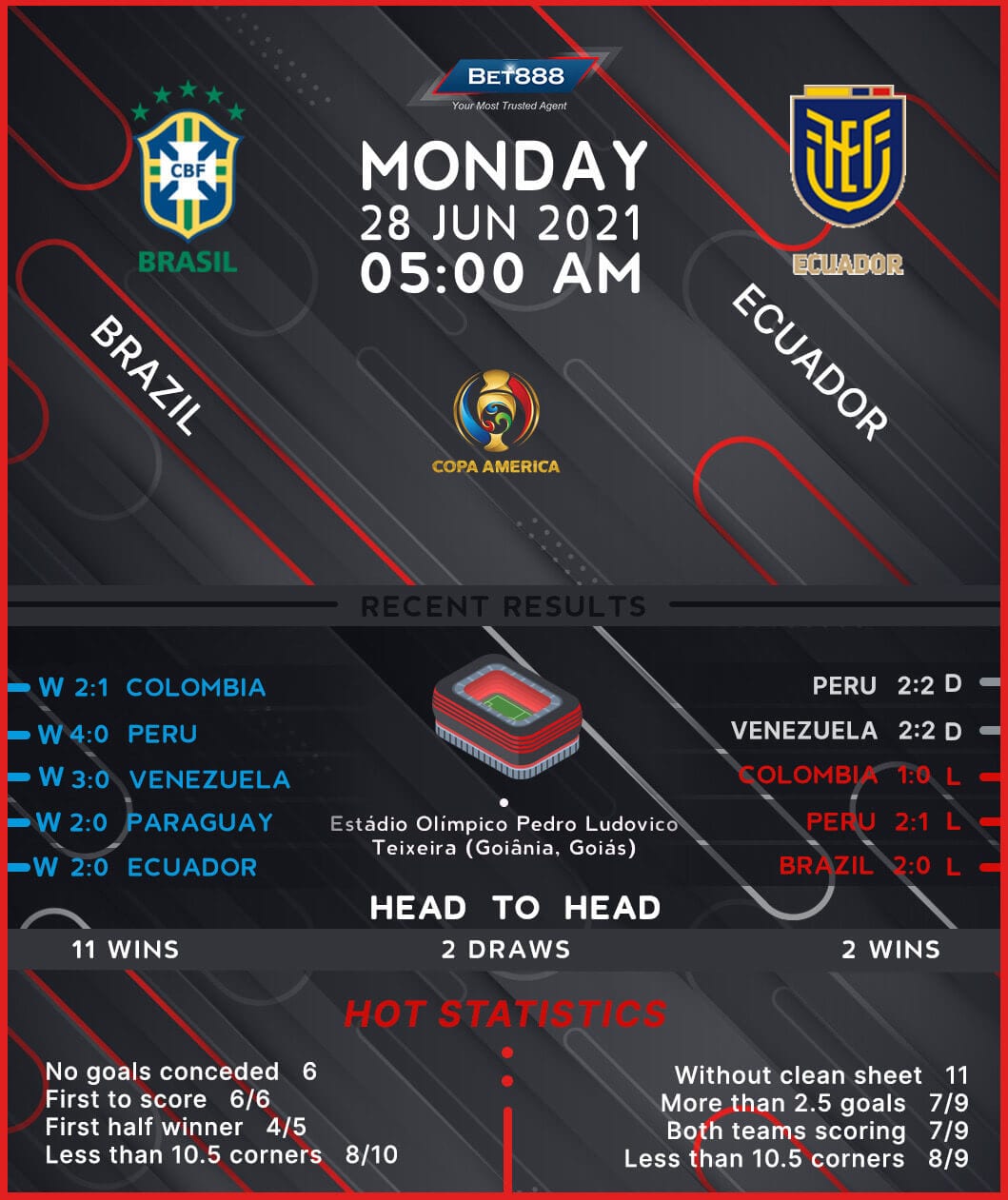