Brazil’s quest to lift the World Cup title for the first time since 2002 continues against Asian heavyweights Korea Republic in an exciting last-16 tie at Stadium 974.

Even though Brazil’s second-string line-up suffered a 1-0 defeat to Cameroon last time out, it wasn’t enough to prevent the five-time world champions from winning their World Cup group for the 11th consecutive campaign. Tite’s men started things off in Qatar with a 2-0 humbling of Serbia before eking out a 1-0 win over Switzerland without facing a single shot on target across those two matches. Heavily fancied to progress into the quarter-finals, the ‘Selecao’ boast an outstanding all-time H2H record against Korea Republic (W6, L1), including a 5-1 demolition in a friendly back in June. That should inspire Brazil’s hopes of getting back on the rails after Cameroon knocked them down from a jaw-dropping 17-match unbeaten streak in the World Cup group stages.

In the meantime, Korea Republic bounced back from a two-game winless Group H start (D1, L1) by notching a 90th-minute winner to defeat Portugal on the final group-stage matchday and reach the World Cup knockouts for the third time in the nation’s history. Worryingly, though, the ‘Taegeuk Warriors’ have managed just one victory in their five previous matches in the World Cup knockout rounds (D1, L3). It’s up to head coach Paulo Bento to find a way to defy Korea’s dreadful World Cup record against CONMEBOL sides (D2, L4), though it’d have to come at long odds. Korea’s tendency to leave it late has seen 11 of their last 12 goals at the World Cup finals come beyond halftime, including three out of four in Qatar this winter. 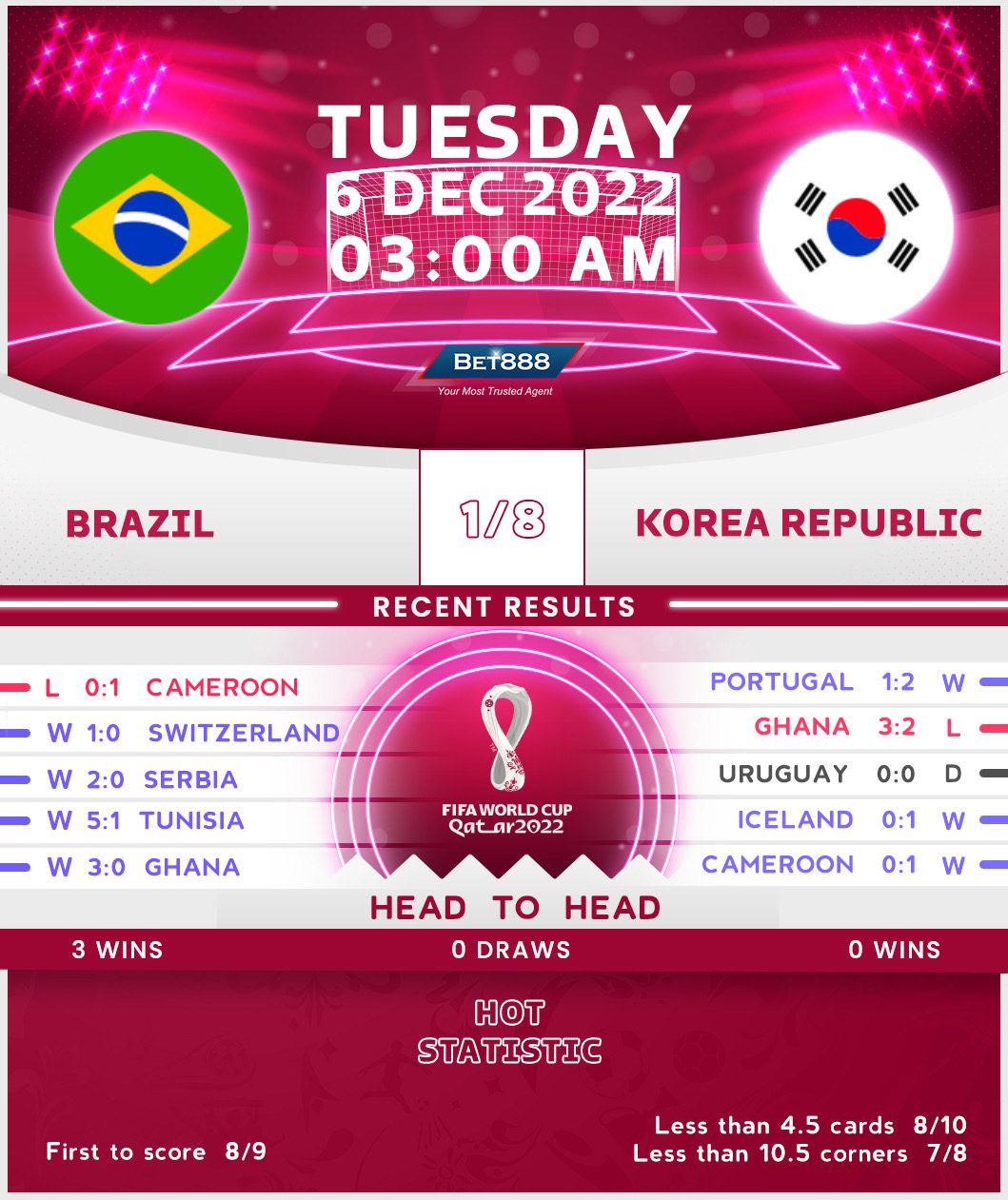