Brazil and Peru are set to trade tackles at the Estadio Olimpico Nilton Santos as the home side look to maintain their impressive Copa America form.

Widely considered the leading candidates to win the Copa America 2021, Brazil started the competition with an overwhelming 3-0 victory over CONMEBOL minnows Venezuela, stretching their winning streak to eight. Defensively robust and almost unstoppable in the attacking third, the Brazilians returned an intimidating +20 goal difference from that eight-game sequence (GF:22, GA:2), prevailing by a winning margin of 2+ goals seven times in the process. Worryingly, though, both of Brazil’s goals conceded in the abovementioned stint came against Peru, the same team that grabbed a Copa America victory against them on their own turf back in 1975. However, since suffering a humiliating 7-0 loss to Germany at the 2014 World Cup, the ‘Selecao’ have gone undefeated in their subsequent 24 matches on home soil (W21, D3) if considered just 90 minutes of play.

Warming up for the Copa America 2021, Peru claimed a tight 2-1 away win over Ecuador in the 2022 World Cup qualifying campaign to hamper a disastrous eight-match winless run (D2, L6), a sequence that also includes a 4-2 thumping to Brazil in October 2020. In addition to ending a four-game losing run with the aforementioned triumph against Ecuador, the Peruvians also halted a three-match scoring drought. Ricardo Gareca has to be concerned about the fact his men have pulled off just a single victory across their last eight international fixtures on foreign soil (D2, L5) despite breaking the deadlock in 50% of those contests. On top of that, the Peruvians have defeated Brazil just five times in their 49 H2H meetings overall (D9, L34). 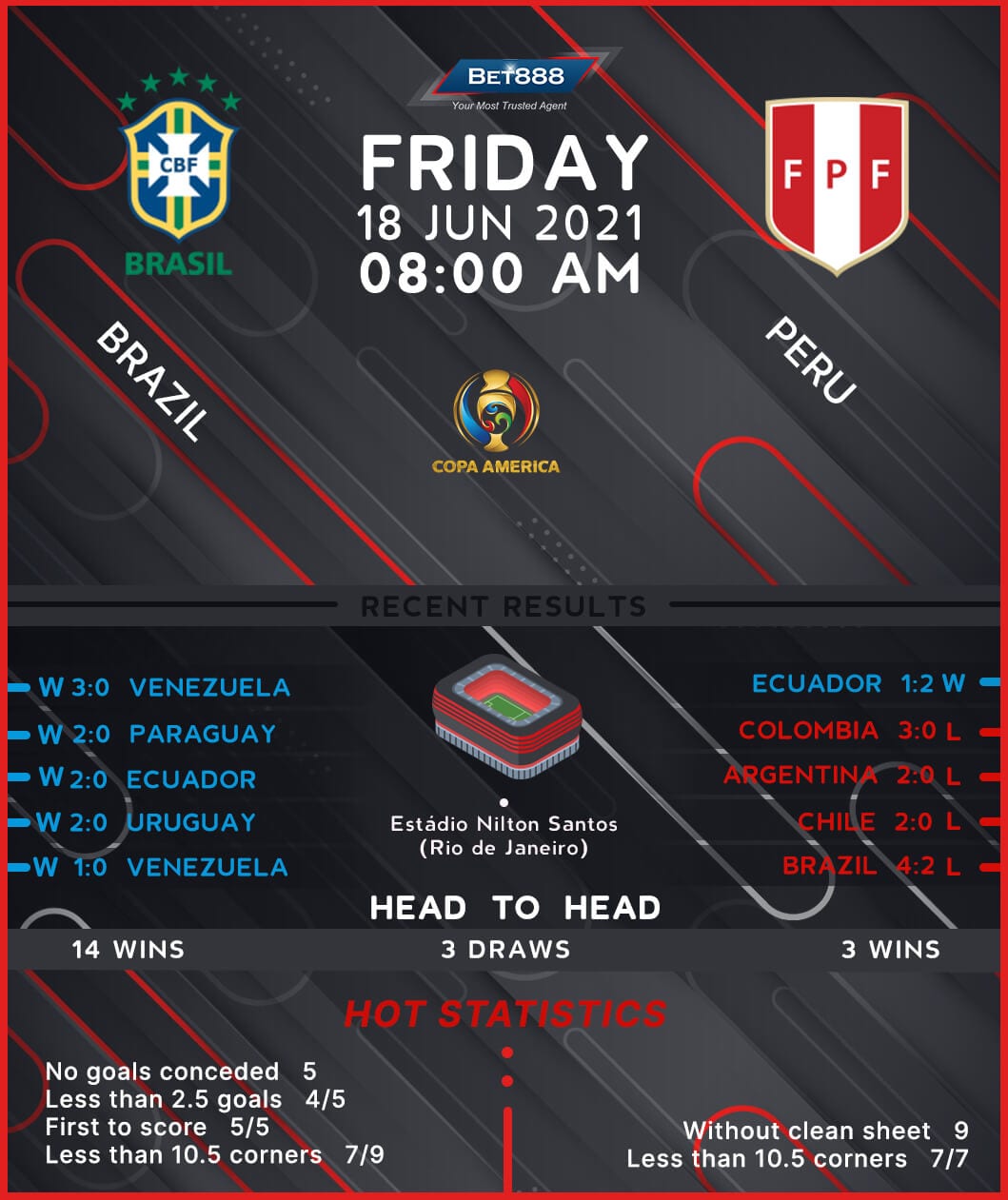