The Copa America 2021 gets underway this weekend as Brazil and Venezuela go head-to-head at the Estádio Nacional de Brasília in e tournament opener.

Brazil head into the tournament on the back of a remarkable 2020 World Cup qualifying campaign that saw them win all six matches by an aggregate scoreline of 16-2. Getting on the scoresheet practically at will, the ‘Selecao’ notched up over 1.5 goals five times during that six-game sequence. Entering the tournament as the leading candidates to lift the title, Brazil are the nine-time Copa America champions and the reigning titleholders. Going back to 1979, they have avoided defeat in each of their 13 opening Copa America encounters against fellow continental adversaries (W10, D3), with both of their only losses in this period coming at the hands of Mexico. Additionally, Venezuela found themselves on the receiving end of Brazil’s inspirational tournament entires three times during that 13-game stretch, conceding 15 goals while scoring just one in return.

Meanwhile, the Venezuelans go into the Copa America 2021 amid political unrest in the country, having failed to pick up all three points in five of their last six internationals (D1, L4), four of which saw them draw a blank. Additionally, ‘La Vinotinto’ lament a horrendous overall H2H record against Brazil, the very team they have only managed to outscore once in their previous 26 meetings, including friendlies (W3, L22). Venezuela have failed to find the net in ten of their 13 matches against Brazil since the start of the 21st century, drawing a blank in each of their last three encounters in a row. On the bright side, though, Jose Peseiro’s men haven’t lost any of their previous six Copa America openers, including a scoreless stalemate with Brazil in the 2011 edition. 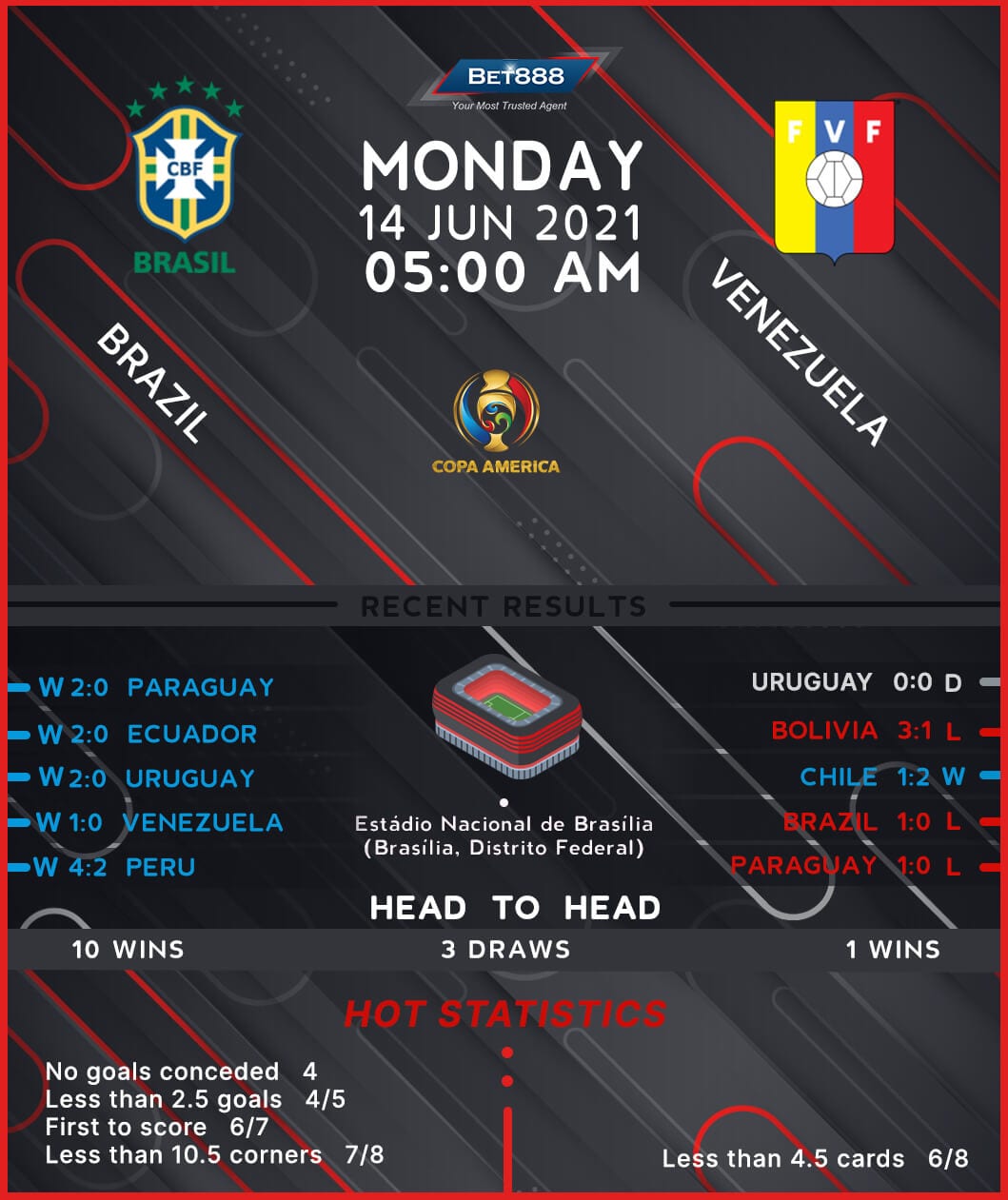