Brighton & Hove Albion and Leeds United go head-to-head at the Amex Stadium as the home side look to post their first Premier League double over this opponent.

Brighton take the field after failing to win four Premier League matches in succession (D2, L2), having drawn a blank in each of the last three. However, a record of seven victories from their previous eight league meetings with Leeds (L1) suggests the ‘Seagulls’ could bounce back in this fixture, especially considering they’ve won their last four league H2Hs as hosts by an aggregate score of 9-0. Additionally, they have registered a shutout in five of their last seven home Premier League outings. The ‘clean-sheet’ theme has been instrumental to Brighton’s home successes this term as they’ve failed to win any of their ten league matches at home in which they conceded at least once (D4, L6). Graham Potter’s men have established themselves as ‘stalemate specialists’ this season, drawing more Premier League games (13) than any other side so far.

On the other hand, the visitors have enjoyed a dramatic upturn in form heading into this showdown, going from back-to-back Premier League reverses to six league games without defeat (W3, D3). Interestingly, each victory during that six-match sequence yielded the identical 2-1 scoreline, with Leeds scoring the first-half opener every time. Ahead of the kick-off, the ‘Whites’ remain the only side in the Premier League yet to draw an away fixture this season (W8, L8), with 14 of those results (win/loss) seeing the winner on the day get on the scoresheet first. Moreover, Marcelo Bielsa’s men boast a 100% win ratio in the league matches that saw them pick up a half-time lead this season (W6). 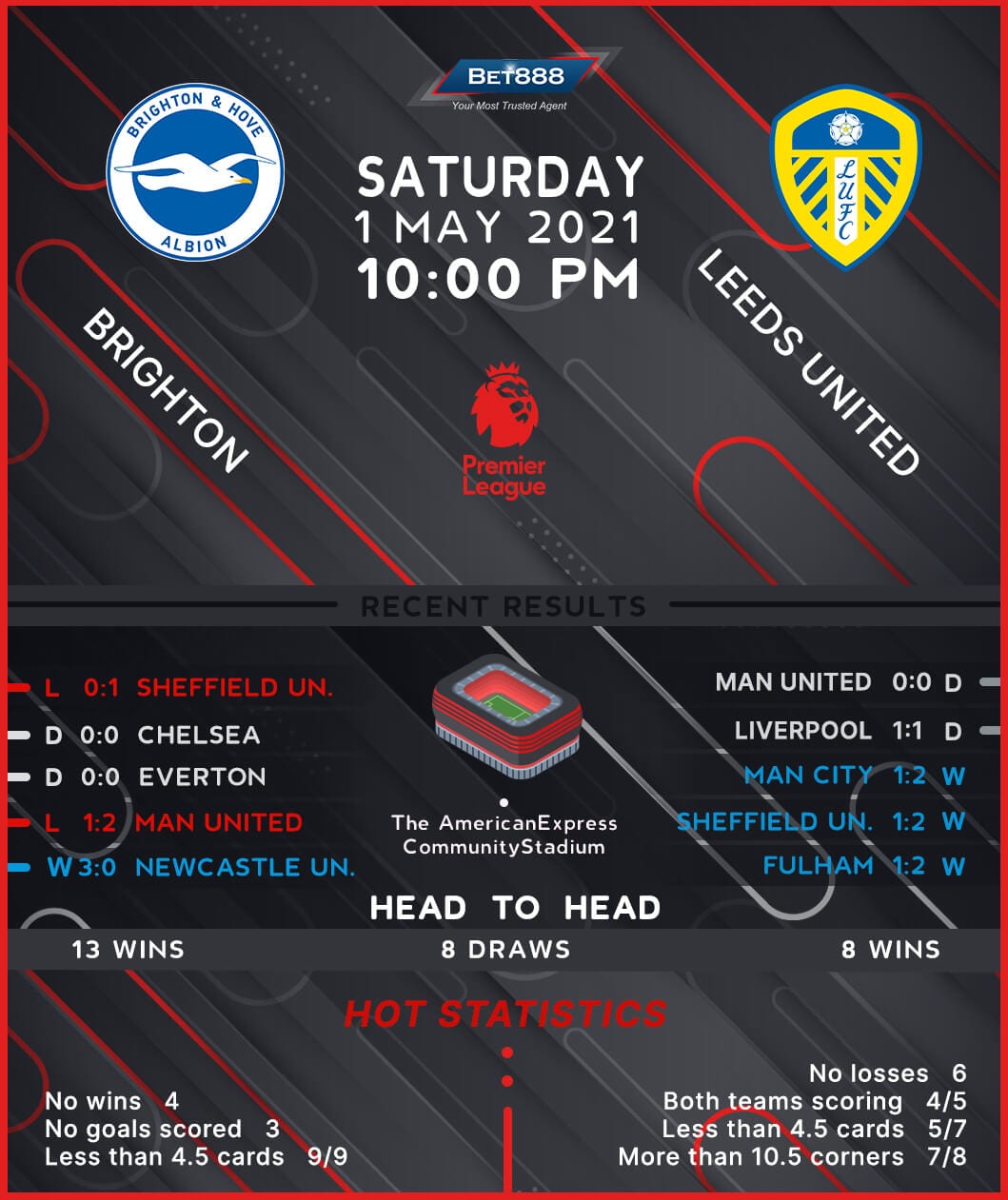