Amex Stadium is the venue as Brighton & Hove Albion take on Liverpool in a potentially high-scoring Premier League affair. Both of their last season’s top-flight H2Hs saw over 2.5 goals and both teams on the scoresheet.

A tight 2-1 away win over Aston Villa last time out gave Bright a first Premier League victory after six matches (D3, L3), though it also means they have now failed to keep a blank sheet in seven of their opening nine league games. The ‘Seagulls’ enter this round as one of three sides yet to taste win at home this season, having gone from back-to-back home losses to two consecutive draws. Curiously, though, Graham Potters’ men have scored the opening goal (if any) in two of their four Premier League home fixtures this term. But, a lackadaisical second-half defending is accountable to the fact that a clear majority (71.43%) of their total home league goals conceded so far arrived after the half-time break (5/7).

Although Atalanta stunned injury-hit Liverpool 2-0 in the Champions League midweek, the hosts take the field take the field on a five-game unbeaten Premier League run (W3, D2). However, Jurgen Klopp’s men have gone winless in three league trips in a row (D2, L1) since beating Chelsea 2-0 on Matchday 2. It may come as some surprise, but the reigning Premier League holders have conceded a league second-high ten away goals, seven of which arrived in a shock 7-2 loss to Aston Villa. Also, before defeating Leicester 3-0 at home last time out, the ‘Reds’ had failed to keep a clean sheet in six consecutive league outings, conceding at least once before half-time on each occasion. But, Liverpool must be confident of winning after outscoring Brighton in each of their six top-flight H2Hs this millennium. 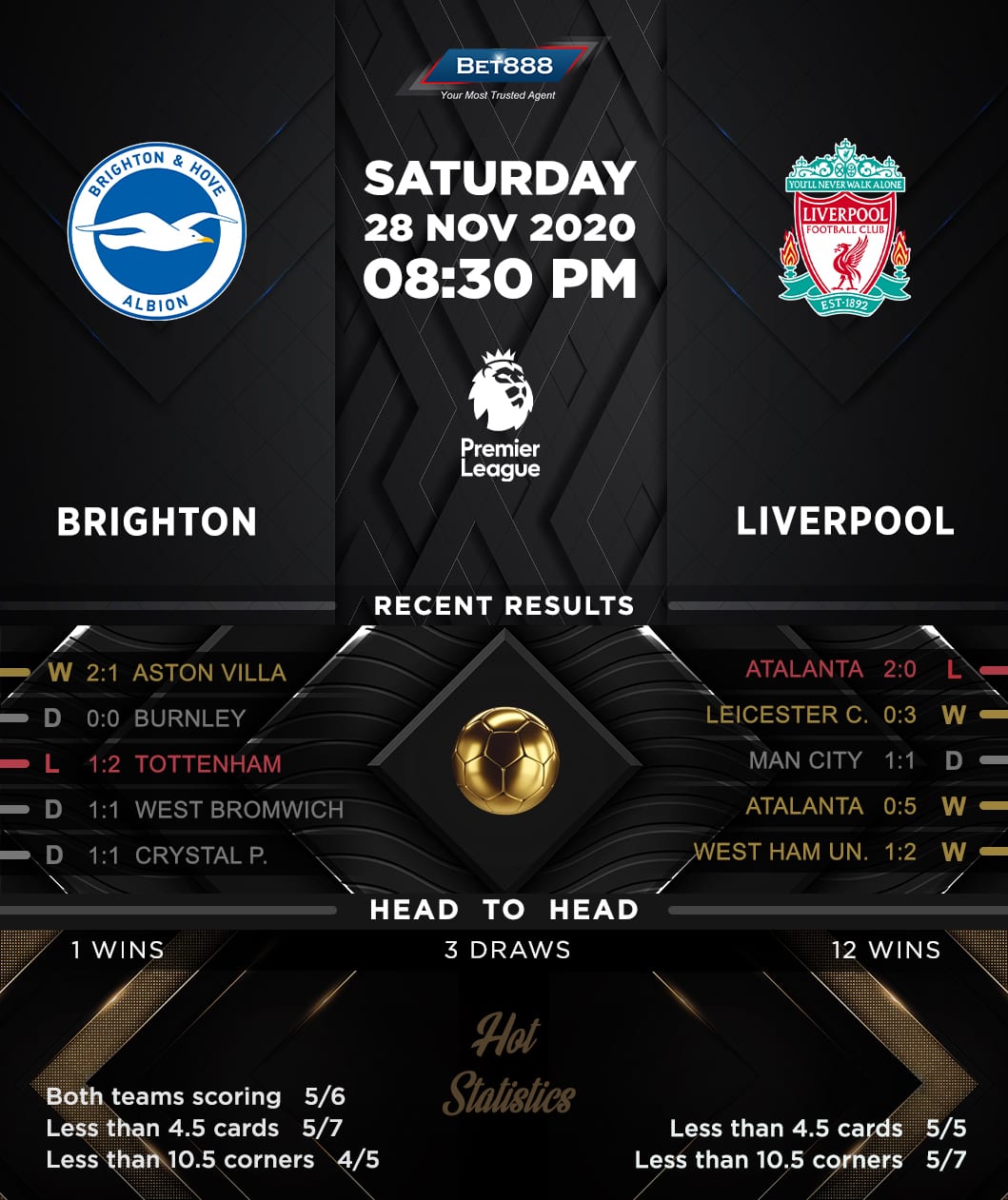