Brighton & Hove Albion and Manchester City go head-to-head at the Amex Stadium in the penultimate round of the 2020/21 Premier League season.

Brighton have picked up just one win in their previous seven Premier League matches (D3, L3), going winless in the last two despite scoring the opening goal on each occasion. At home, the ‘Seagulls’ have alternated a victory (2) and a draw (2) across their last four league games after suffering back-to-back defeats to Crystal Palace and Leicester City beforehand. Worryingly, though, Graham Potter’s men have lost all seven of their Premier League fixtures against Manchester City by an aggregate scoreline of 21-2, including a narrow 1-0 loss in the reverse fixture back in mid-January. Among the sides outside the drop zone, only Burnley (14) have netted fewer home Premier League goals than Brighton (19) this season, with 42.11% of those strikes coming in the first half of play.

Meanwhile, Manchester City have lost two of their last five Premier League games (W3), as many defeats as they had in their previous 29 in the competition (W22, D5, L2). Away from home, the newly-crowned English champions have won each of their last 11 Premier League fixtures by an aggregate score of 28-7. Delivering action from the onset, Pep Guardiola’s men have scored a league-high 20 first-half goals on the road this campaign. Interestingly, the ‘Citizens’ have not lost the final away league match of the season since 2008/09, going undefeated in 11 subsequent such contests (W9, D2). City have won each of their last four final away league matches in a row by an aggregate score of 11-1, including a 4-1 thumping of Brighton in 2018/19. 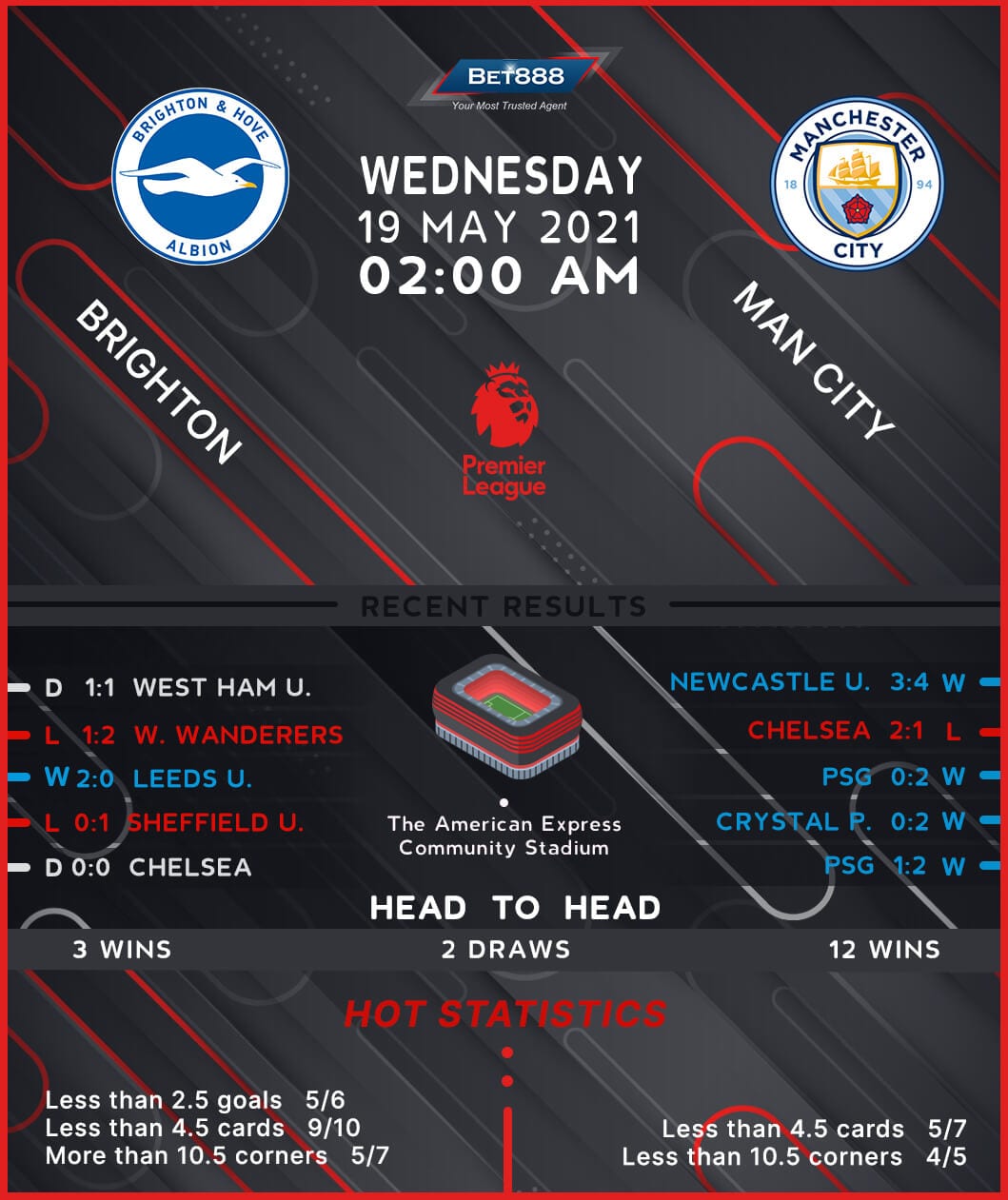