Manchester United will be desperate to finish their disastrous Premier League campaign on a high when they encounter mid-table Brighton & Hove Albion at the Amex Stadium in their penultimate game of the season.

Brighton come into this matchday amid a rich vein of form, having lost just one of their last six Premier League matches (W3, D2) after suffering six consecutive league defeats beforehand. However, Brighton’s high-flying form will face a stern test in the shape of a Man United side they’ve lost to in their last six league H2Hs, including a 2-0 defeat in the reverse fixture at Old Trafford. Moreover, the ‘Seagulls’ have failed to win any of their last eight Premier League home outings (D4, L4) since a 2-0 triumph over Brentford on Boxing Day, drawing a blank five times in that spread of games. Conceding first would likely extend their home drought, as Graham Potter’s men are winless in all nine home league matches when shipping the opener this season (D2, L7).

As for Manchester United, a 3-0 home thrashing of Brentford last time out helped them bounce back from a three-game winless Premier League streak (D1, L2). Before holding Brentford at bay, United had failed to keep a clean sheet in eight successive league outings beforehand. Yet, the ‘Red Devils’ are no longer in contention four a top-four finish, mainly due to their underwhelming away form. Ralf Rangnick’s men have lost thier last four league matches on the road by an aggregate score of 12-2, as many defeats as in their 42 Premier League travels beforehand. Another reverse here would bring Man United a step closer to equalling an unwanted club record of losing six consecutive away top-flight fixtures dating back to 1981. But they have won their last seven competitive meetings with Brighton, their best ongoing winning streak against any top-flight side. 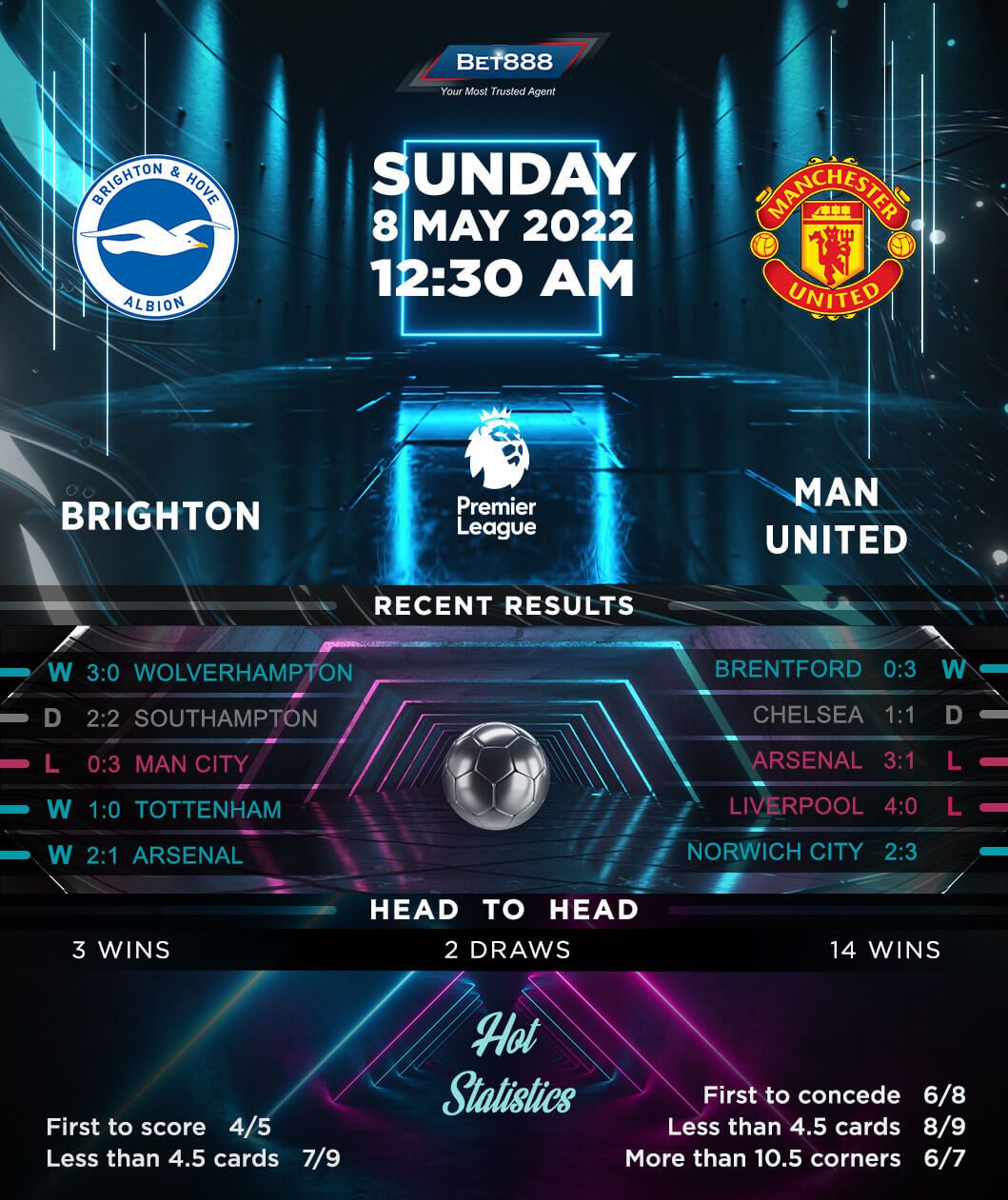