Tottenham Hotspur will be looking to return to winning ways in the Premier League when they take on out-of-sorts Brighton & Hove Albion at the Amex Stadium this weekend.

Brighton have only won once in their last 11 Premier League games (D6, L4), scoring under 1.5 goals on eight of those occasions. Worryingly, the ‘Seagulls’ take the field as the only side in the Premier League yet to taste victory on home soil this season (D6, L4). Moreover, Brighton have not won any of the nine Premier League matches in which they shipped the first goal (D3, L6). Having that said, Graham Potter’s men have found themselves leading at half-time in just one of their ten home league games this term (HT: W1, D7, L2). Indeed, a lack of the first-half action has seen 50% of Brighton’s home Premier League fixtures this season produce a goalless half-time score, with only one of their ten home top-flight outings featuring a goal inside the opening 15 minutes of play.

Meanwhile, the visitors’ four-game unbeaten Premier League run was brought to a halt last time out (W2, D2) thanks to a 3-1 home defeat to Liverpool. Despite suffering just one away league loss this season, a third of Tottenham’s nine Premier League road matches have ended level (W5, D3, L1), with each of those three draws coming in the last five top-flight trips. Notably, though, quick-start Tottenham have won the first half in 11 (57.89%) of their 19 Premier League fixtures this season, avoiding defeat in each such contest (W6, D5). The ‘Spurs’ will be confident of winning here, knowing they’ve outplayed Brighton in ten of their 15 historical Premier League meetings. But, they have endured mixed fortunes in their three Premier League trips to the Amex Stadium since Brighton’s return to the top-flight in 2017/18 (W1, D1, L1). 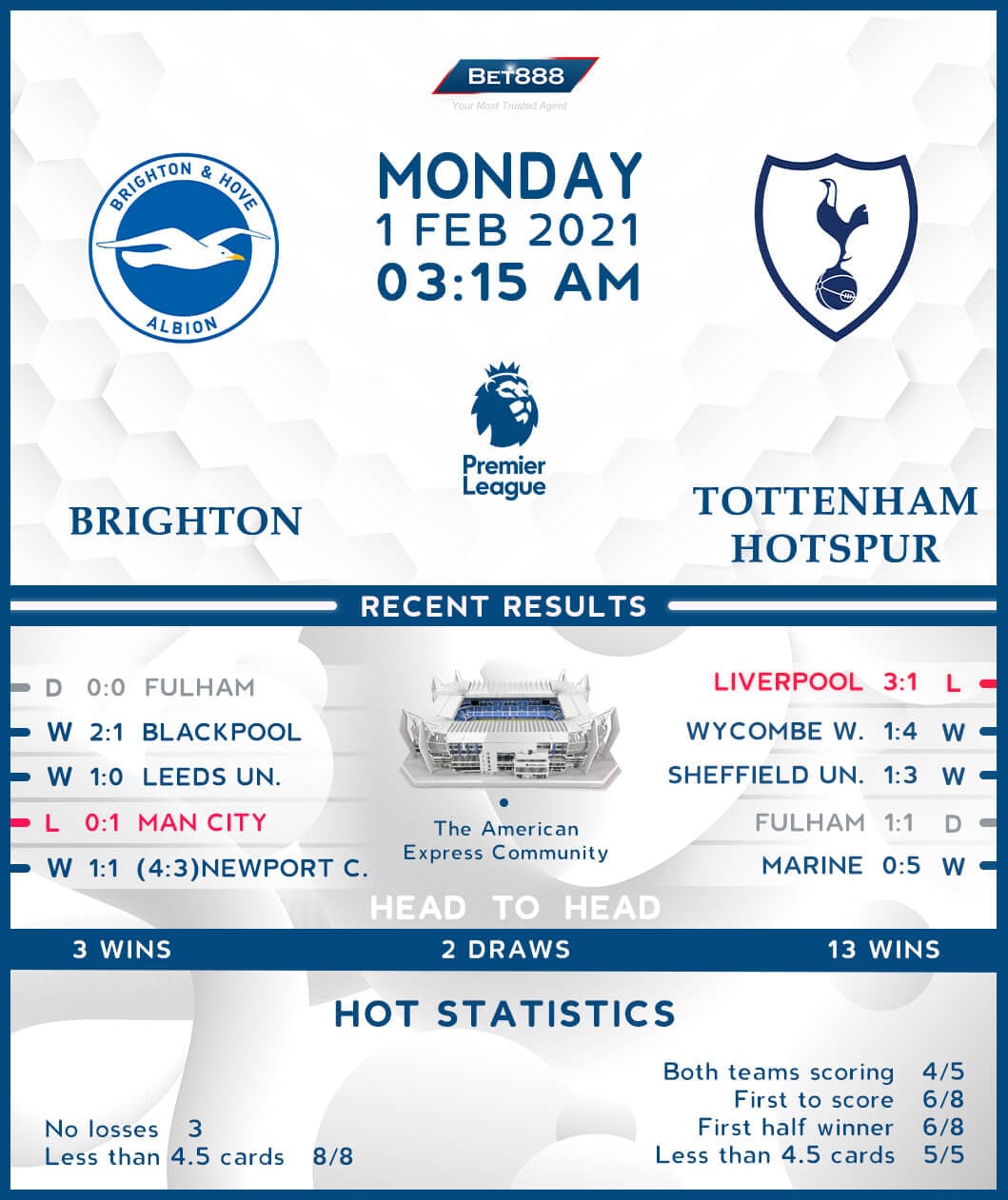