West Ham United’s hot pursuit of the Premier League top-four finish continues this weekend as they head to the Amex Stadium to take on Brighton & Hove Albion.

Brighton have picked up just one win in their last six Premier League matches (D2, L3), drawing a blank in 50% of those games while scoring precisely once in two of the other three. Following back-to-back 2-1 defeats to Crystal Palace and Leicester at the Amex Stadium, the ‘Seagulls’ have gone unbeaten in three consecutive Premier League home fixtures (W2, D1), keeping a clean sheet on each occasion. Notably, Brighton have never lost a Premier League match to West Ham, drawing each of the last four after winning the first three in a row. Worryingly, though, Graham Potter’s men have dropped the league-highest 23 points from winning positions this season. On the flip side, they’ve failed to win any of the ten Premier League games in which they were trailing at half-time this term (D2, L8).

In the meantime, just two of West Ham’s 14 Premier League games this calendar year have ended as a draw (W7, L5) and none of the last six (W3, L3). The ‘Hammers’ are six points off fourth-placed Chelsea with a game in hand and can ill-afford a slip-up here if they are to remain in contention for a coveted top-four finish. David Moyes’ men have netted 2+ goals in five of their previous eight Premier League road trips, with six of their last eight league goals scored away from home arriving in the first half of play. As ever, starting well will be a priority, especially considering West Ham’s 100% win ratio in the away league fixtures that saw them hold a half-time lead this season (W4). Interestingly, Javier Chicarito has scored both West Ham’s Premier League goals at the Amex Stadium, though he has since left London. 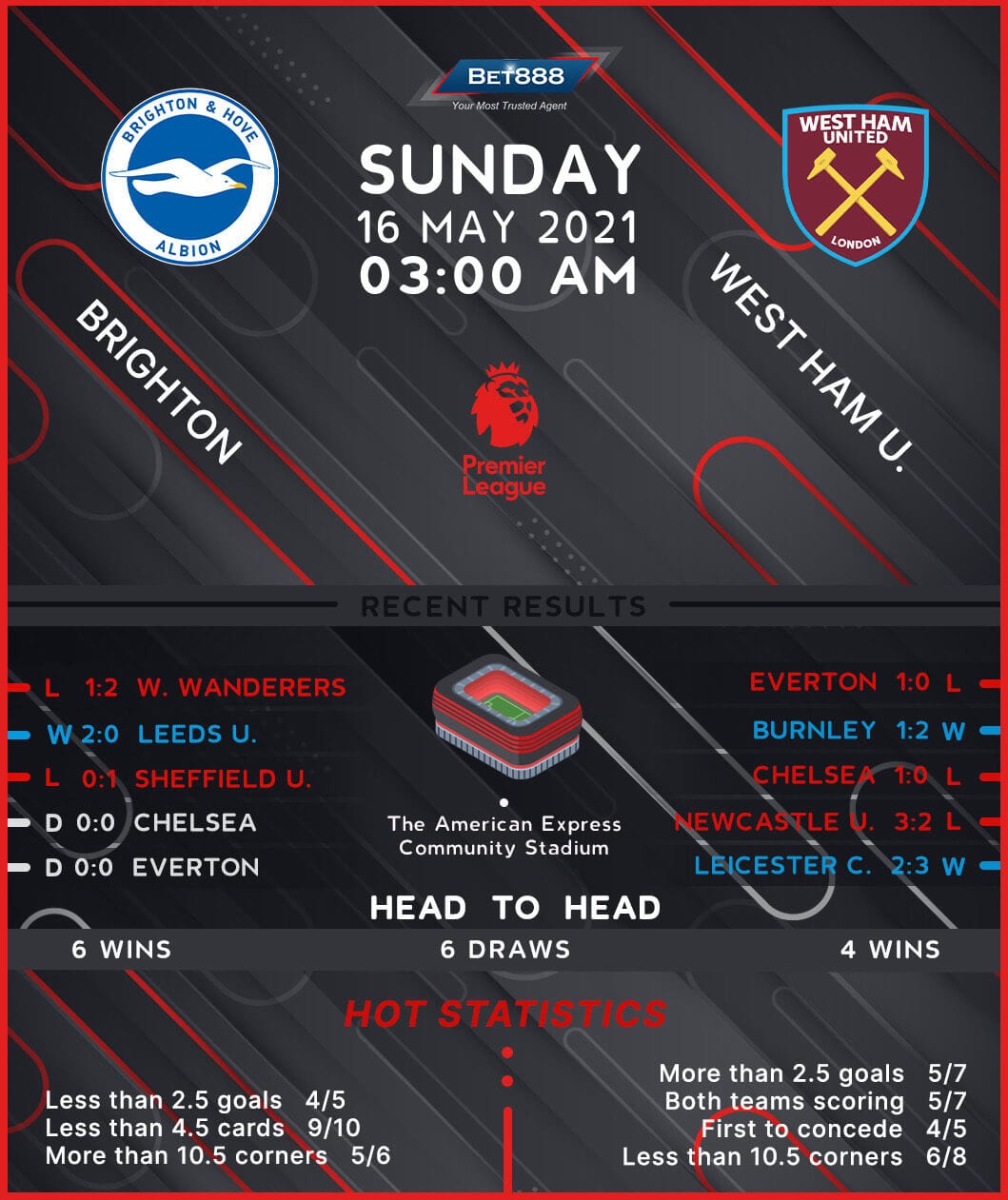