Dolphin Stadium is the venue, as Brisbane Roar and Melbourne City go head-to-head in the penultimate round of the regular A-League season.

Brisbane eked out a tight 2-1 away win victory over Newcastle Jets last time out to bring a three-game winless league run to a halt (D1, L2). Since succumbing to a 2-0 defeat to newly-promoted Macarthur FC back in early February, Warren Moon’s men have gone unbeaten in their subsequent six A-League home games (W1, D5), with each draw in this sequence yielding under 2.5 total goals. Low scoring might not necessarily be a theme here, considering two of the last three top-flight meetings between these two sides here have seen over 3.5 goals and both teams scoring. The ‘Roar’ boast an almost perfect win record in the league matches that saw them score first this season (GP7 – W6, D1), with the solitary draw courtesy of a 1-1 stalemate with Sydney in early March.

On the other hand, since suffering a 2-1 away defeat to Western Sydney in early April, Melbourne City have gone into overdrive, racking up an impressive ten-match unbeaten league streak (W7, D3) to qualify for the play-offs with two games to spare. A 1-0 home victory over Central Coast Mariners last time out marked Melbourne’s first clean sheet in seven A-League fixtures. However, Patrick Kisnorbo’s men have failed to register a shutout in any of their last five away league games, with five of their seven goals conceded in this period coming in the second half of play. Notably, City’s strong first-half performances have seen them trail at half-time in league-low three A-League outings this season. But a lack of ability to bounce back has witnessed them fail to win any such contest (D1, L2). 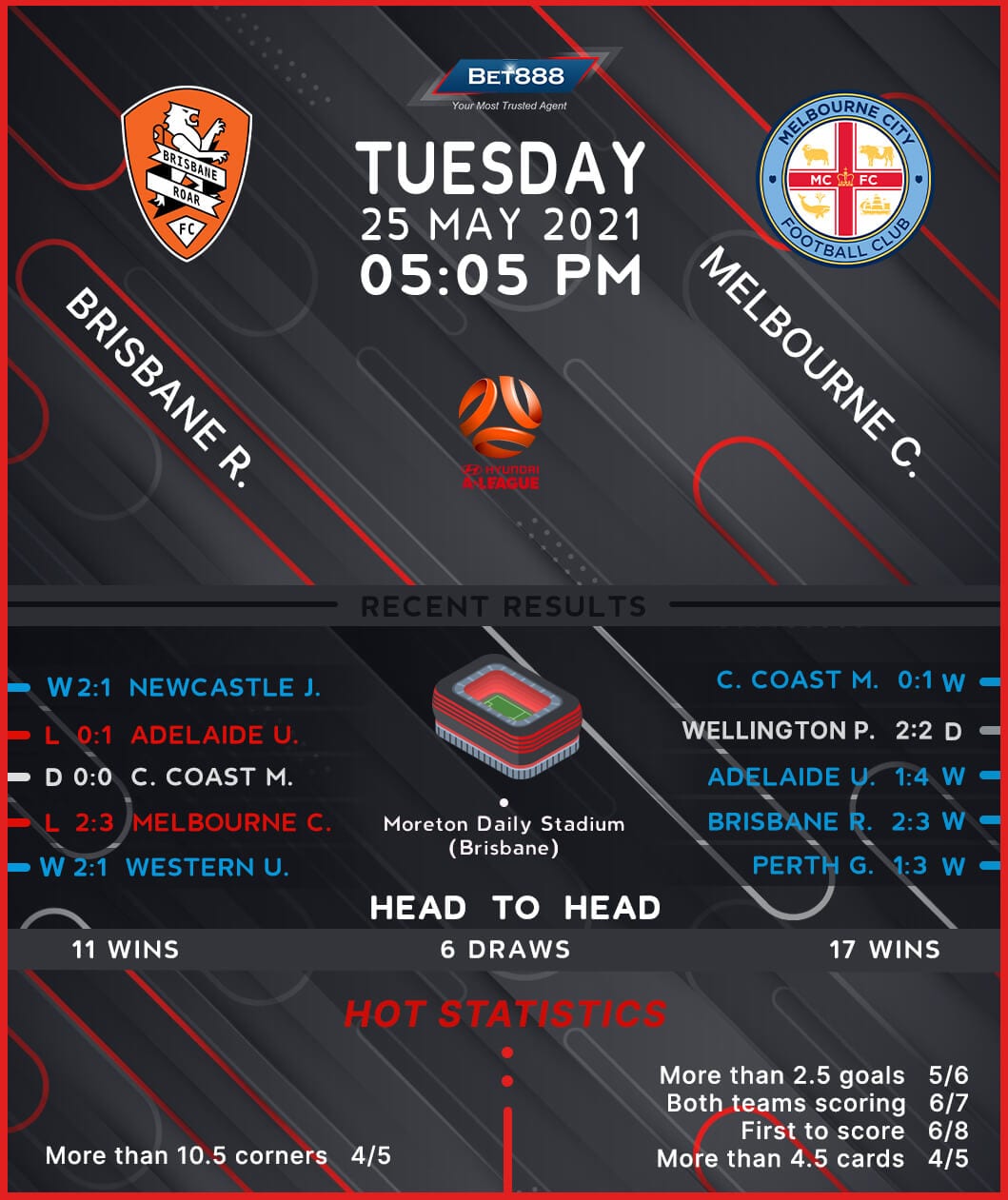