Bulgaria and Italy continue their World Cup Qualifying campaign over the weekend as they lock horns at the Stadion Vasil Levski.

Having found themselves on the wrong side of a 3-1 scoreline in their World Cup Qualifying opener against Switzerland, Bulgaria come into this fixture winless in eight competitive matches in a row (D2, L6). If they want to qualify for their first World Cup finals in the 21st century, the ‘Lions’ need all three points against an Italian side they’ve failed to beat in their previous five competitive H2Hs (D4, L1). Moreover, the Bulgarians have lost each of their last four competitive games on home soil, falling behind within 20 minutes three times in the process. A potentially high-scoring affair is on the cards, though, as four of the six competitive H2Hs between these nations have seen over 2.5 goals and both teams scoring, with each of the last two yielding the identical 2-2 scoreline.

Meanwhile, the visitors were off to a flying start to their World Cup Qualifying campaign, claiming a comfortable 2-0 home win over Northern Ireland to extend their winning run in internationals to four matches. Remarkably, since losing 1-0 to Portugal in the UEFA Nations League back in September 2018, the Italians have racked up a 19-game unbeaten streak in all competitions (W15, D4), keeping a clean sheet in 13 (68.42%) of those fixtures. Topically, Roberto Mancini’s men have avoided defeat in each of their last nine away matches overall (W8, D1), registering a shutout on seven occasions. Despite failing to qualify for the last final tournament, ‘Gli Azzurri’ boast a terrifying 5.71% loss rate across their previous seven World Cup Qualifying series (GP:70 – W46, 20, L4). 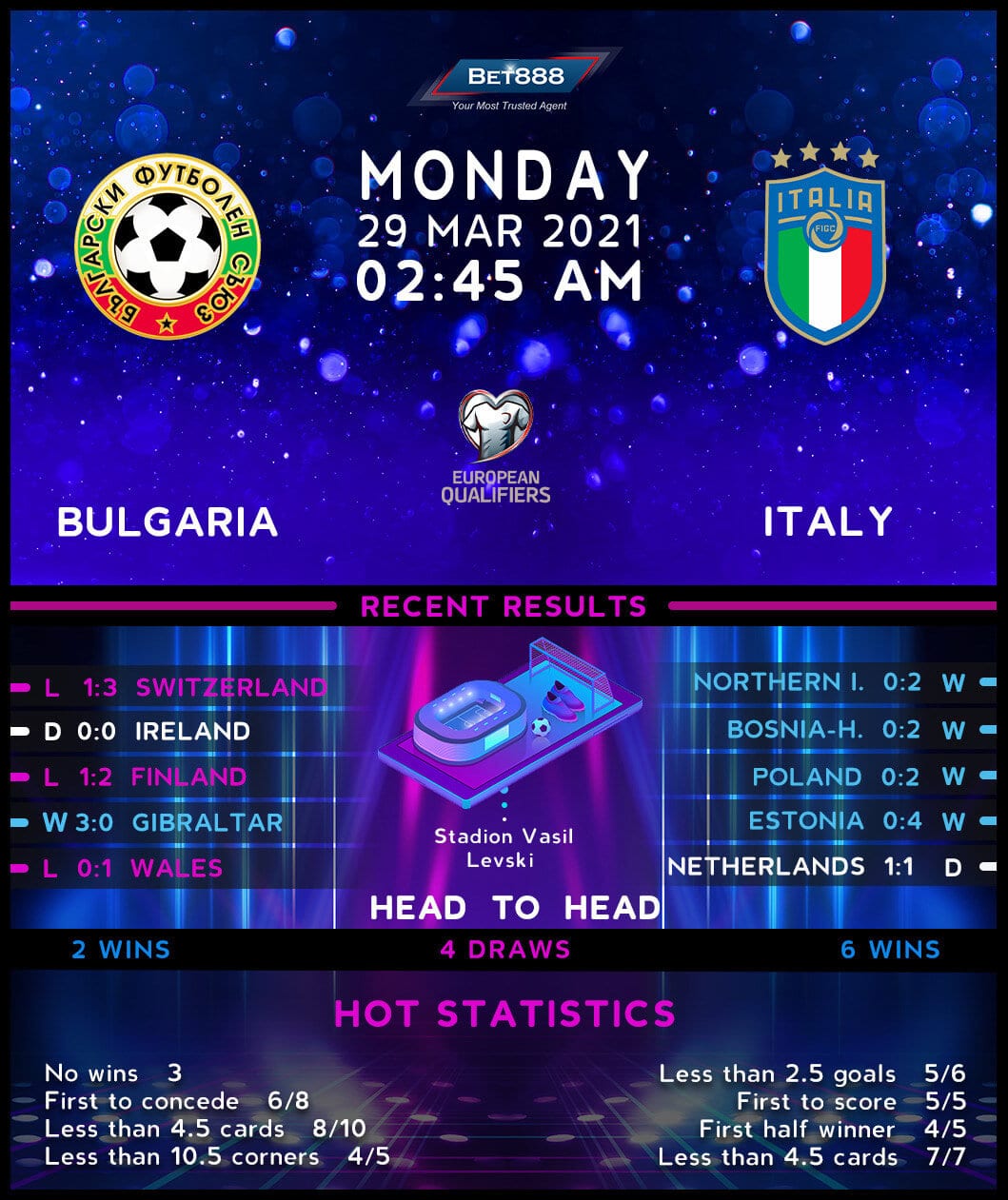