Last qualified for the final tournament in 1998, Bulgaria come into this fixture on the back of a seven-game winless run in all competitions (D2, L5). Particularly ponderous in the front third during the early stages of play, they have failed to find the net before half-time in each of their last 11 competitive outings. Moreover, they have conceded the opening goal in three consecutive competitive home games, subsequently losing each of them. A propensity for inspirational starts to their World Cup Qualification campaigns comes in handy, though, as the Bulgarians avoided defeat in their previous four opening qualifying matches (W2, D2). What’s more, the ‘Lions’ were victorious in four of the five home fixtures in their last World Cup Qualification campaign (L1). Curiously, seven of their previous eight home encounters in World Cup qualifiers have featured the opening goal inside the first 20 minutes.

On the other hand, the visitors are enduring a rough time of their own, having failed to win any of their last seven fixtures (D3, L4), a walkover win over Ukraine excluded. Delivering action from the get-go, Vladimir Petkovic’s men amassed 40% of the goals scored/conceded during the abovementioned seven-match sequence before half-time. Switzerland’s inability to hold onto an early lead has seen them fail to win any of the previous four matches in which they opened the scoring. Another worrying sign for the traveling side is that they have claimed just one victory in their last seven competitive clashes on foreign soil (D2, L4). The only comfort the ‘Nati’ can take is that they have lost none of their previous 15 away matches in the World Cup Qualification to the teams ranked worse than them (W12, D3). 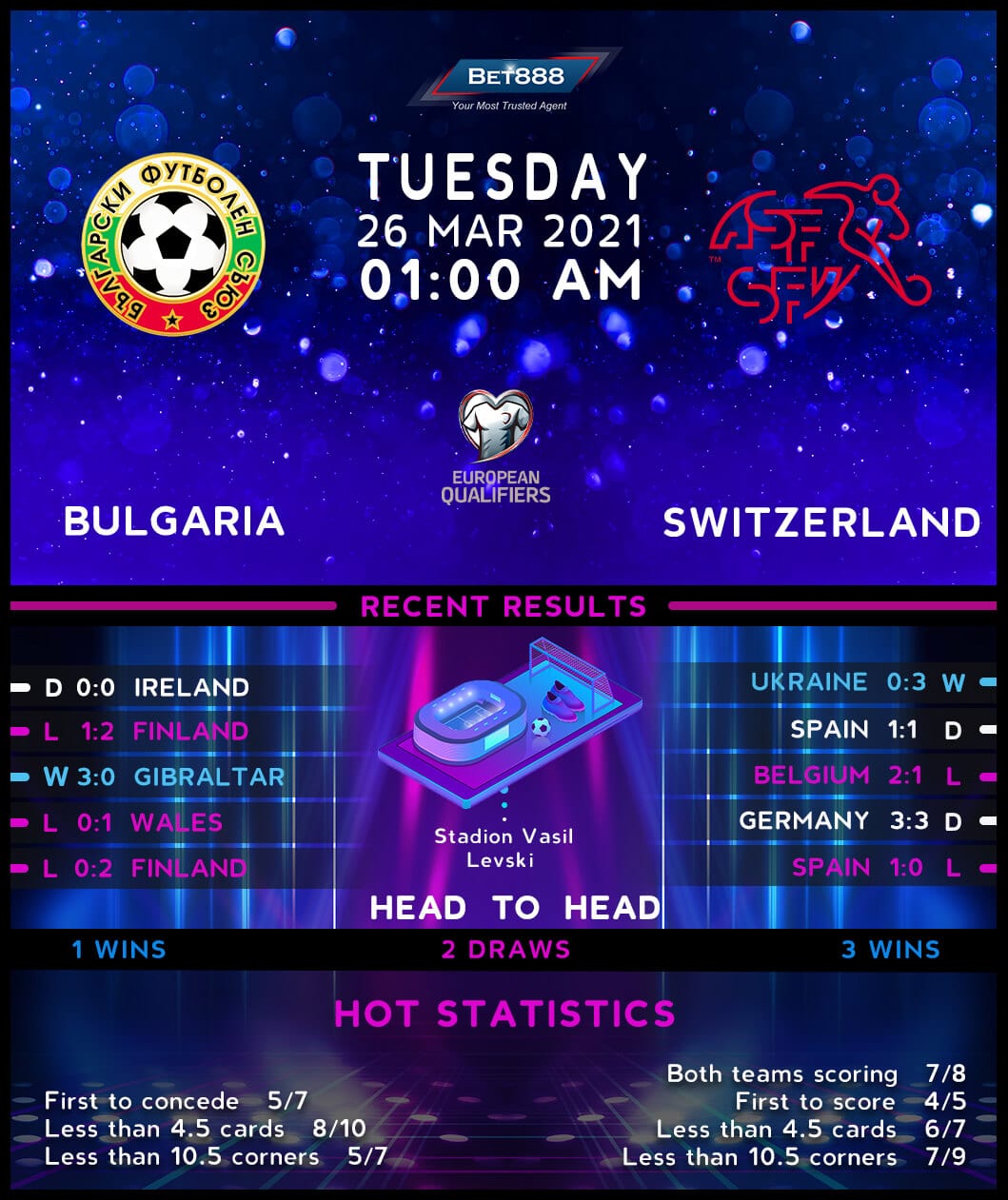