Burnley and Leeds United go head-to-head at Turf Moor in their first Premier League encounter at this venue in the 21st century.

None of Burnley’s seven Premier League games since mid-March have ended level (W3, L4), with the ‘Clarets’ alternating between a victory (2) and a loss (2) in their last four league outings. At home, Sean Dyche’s men have gone winless in eight consecutive Premier League matches (D5, L3) since a 3-2 victory over Aston Villa in late January and face the prospect of setting an unwanted club record if they fail to land all three points here. For Burnley, goals have been at a premium at Turf Moor lately as they’ve netted under 1.5 goals in their last eight home Premier League fixtures, drawing a blank in the second half in each of the last five. Encouragingly, though, Burnley are enjoying a three-match winning run in home league games against Leeds and would set a club record with another victory here.

In the meantime, Leeds’ outrageous 3-1 home triumph against Tottenham last time out finally put the brakes on a three-match winless streak in the Premier League (D2, L1). Curiously, there is a genuine opportunity for the ‘Whites’ to complete the 2020/21 season without a single away league draw, having won eight of their 17 league trips this term, losing the other nine. Leeds’ defensive woes have seen them concede at least once in each of their last nine away Premier League matches, which has been the case in their nine successive visits to Burnley in all competitions since a 1-0 win in the 2004/05 Championship campaign. Marcelo Bielsa’s side clinched a narrow 1-0 victory in the reverse fixture earlier this season and may now complete their first league double over Burnley since 2011/12. 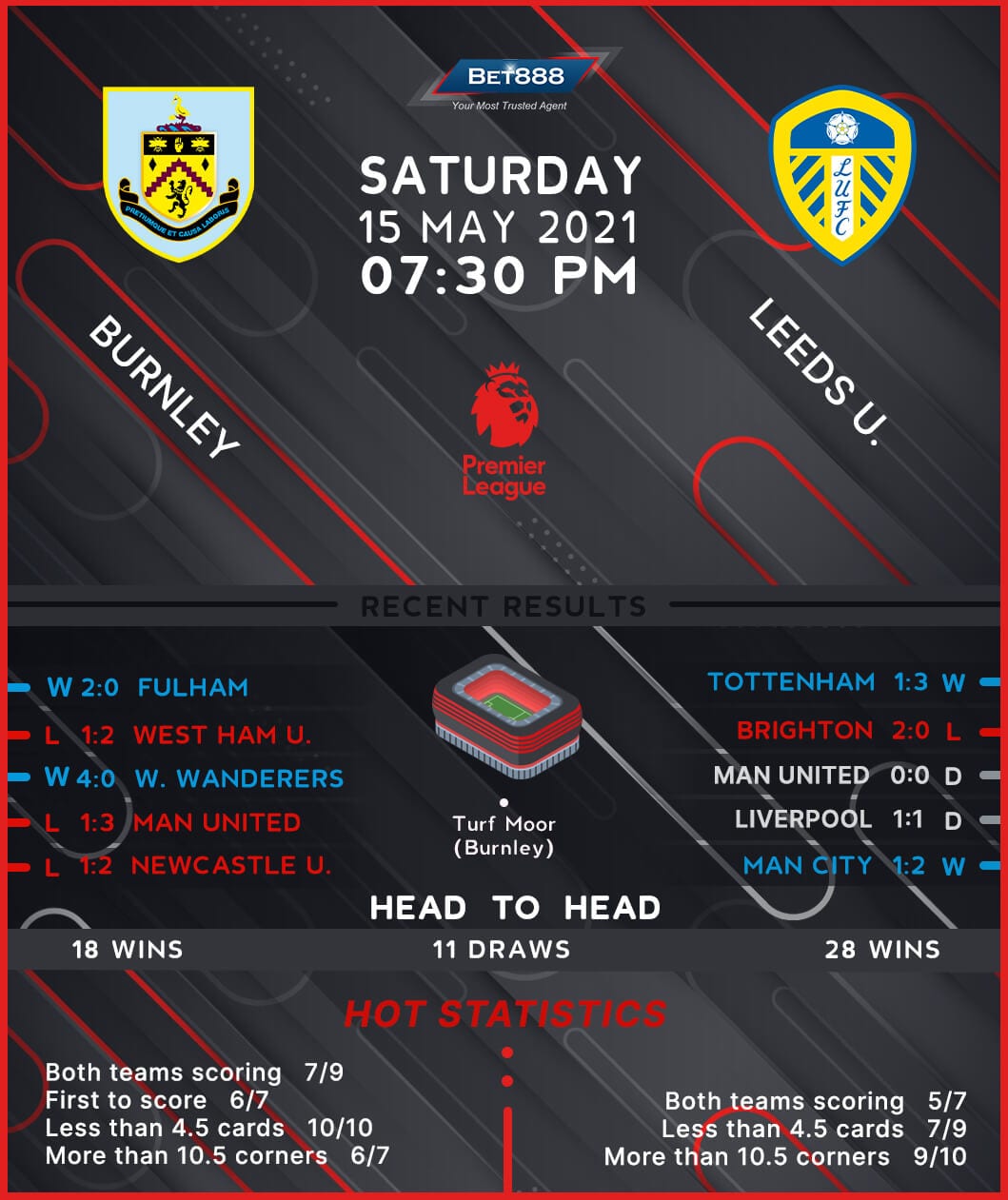