Burnley and Leicester City will both be looking to bounce back from their weekend failures when they lock horns at Turf Moor in a potentially low-scoring Premier League fixture.

Burnley succumbed to an agonizing 4-0 defeat at Tottenham last weekend, extending their winless streak in the Premier League to three games (D2, L1). At home, the ‘Clarets’ are winless in their last four Premier League fixtures (D3, L1), scoring under 1.5 goals on each occasion. Indeed, Sean Dyche’s men have netted a miserly average of 0.76 goals per home league match this season, managing a league second-lowest four first-half goals scored on home soil. Entertainment has been very sparse at Turf Moor this season, as Burnley’s home games have featured fewer goals (24) than any other team (GF10, GA14). However, the hosts will be confident of adding to their tally as they take on a side they’ve found the net against in each of their last four top-flight meetings held at this venue.

Meanwhile, the ‘Foxes’ wasted an early lead to suffer a dismal 3-1 home loss to Arsenal at the weekend, seeing their four-match unbeaten run in the Premier League come to a halt (W3, D1). Each of Leicester’s previous three league games has seen over 2.5 goals and both teams scoring, with the last two featuring the opener inside the first 20 minutes of play. Away from home, Brendan Rodgers’ men have avoided defeat in eight consecutive Premier League outings (W5, D3), conceding one goal or less in each of those trips. In fact, no team has returned more away points in the Premier League this season than Leicester (30), with the King Power outfit boasting a league joint-best away win-ratio of 69.23% (GP13 – W9, D3, L1). That record is handy coming into this encounter, especially given they have lost three of their last four top-flight matches at Burnley (W1). 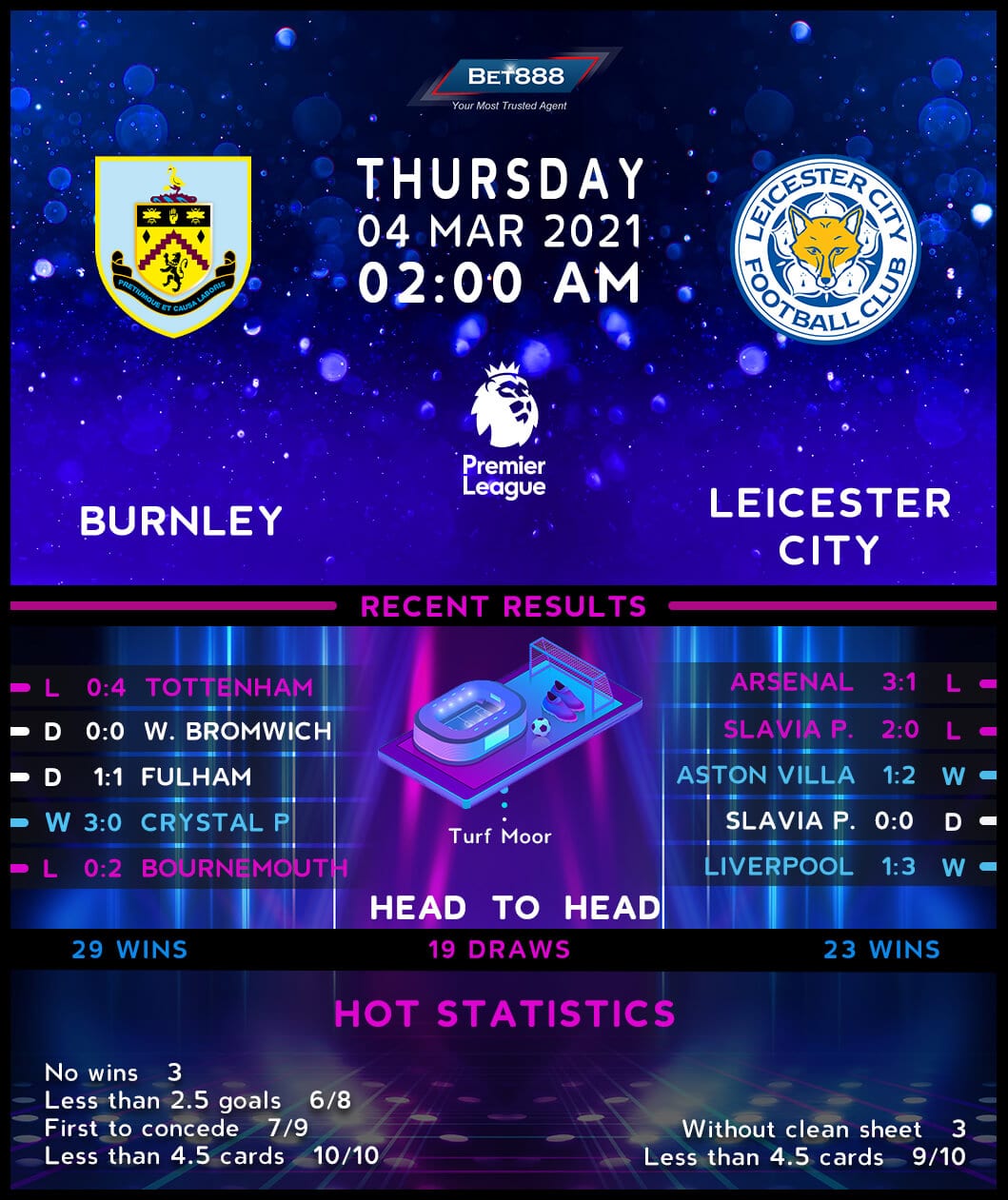