Seeking revenge for a disastrous defeat in the reverse fixture, Liverpool head to Turf Moor to meet out-of-form Burnley in the penultimate round of the 2020/21 Premier League season.

Burnley have gone winless in nine home Premier League matches on the spin (D5, L4) since defeating Aston Villa 3-2 in late January, frustratingly netting under 1.5 goals on each occasion. Particularly ponderous in the second half, the ‘Clarets’ have failed to score post restart in seven of their last nine league fixtures at Turf Moor. Alarmingly, since returning to the Premier League in 2016/17, Sean Dyche’s men have lost all four of their final home league games, three of which via the identical 2-1 scoreline. However, after ending Liverpool’s 68-game unbeaten Premier League run at Anfield back in January, Burnley could do the league double over this opposition for the first time since the 1929/30 season. If they win here, Burnley will become the first club finishing in the lower half of the table to complete a league double over Liverpool since Blackpool in 2010/11.

On the other hand, Alisson Becker’s 95th-minute header propelled Liverpool to an all-important 2-1 win at West Brom last time out, bringing them on the cusp of a top-four finish. Coming into this matchday off the back of three consecutive Premier League victories, the ‘Reds’ could break into the top four with a win here, having defeated Burnley in each of their last three top-flight H2Hs at Turf Moor. Notably, since suffering a 3-1 loss to Leicester in mid-February, Jurgen Klopp’s men have churned out five wins in their subsequent six Premier League trips (D1), netting an average of 2.16 goals per game in this sequence. Liverpool’s away league action usually bursts into life after half-time, with 66.67% of their total Premier League goals scored on the road this season coming in the second half of play (24/36). 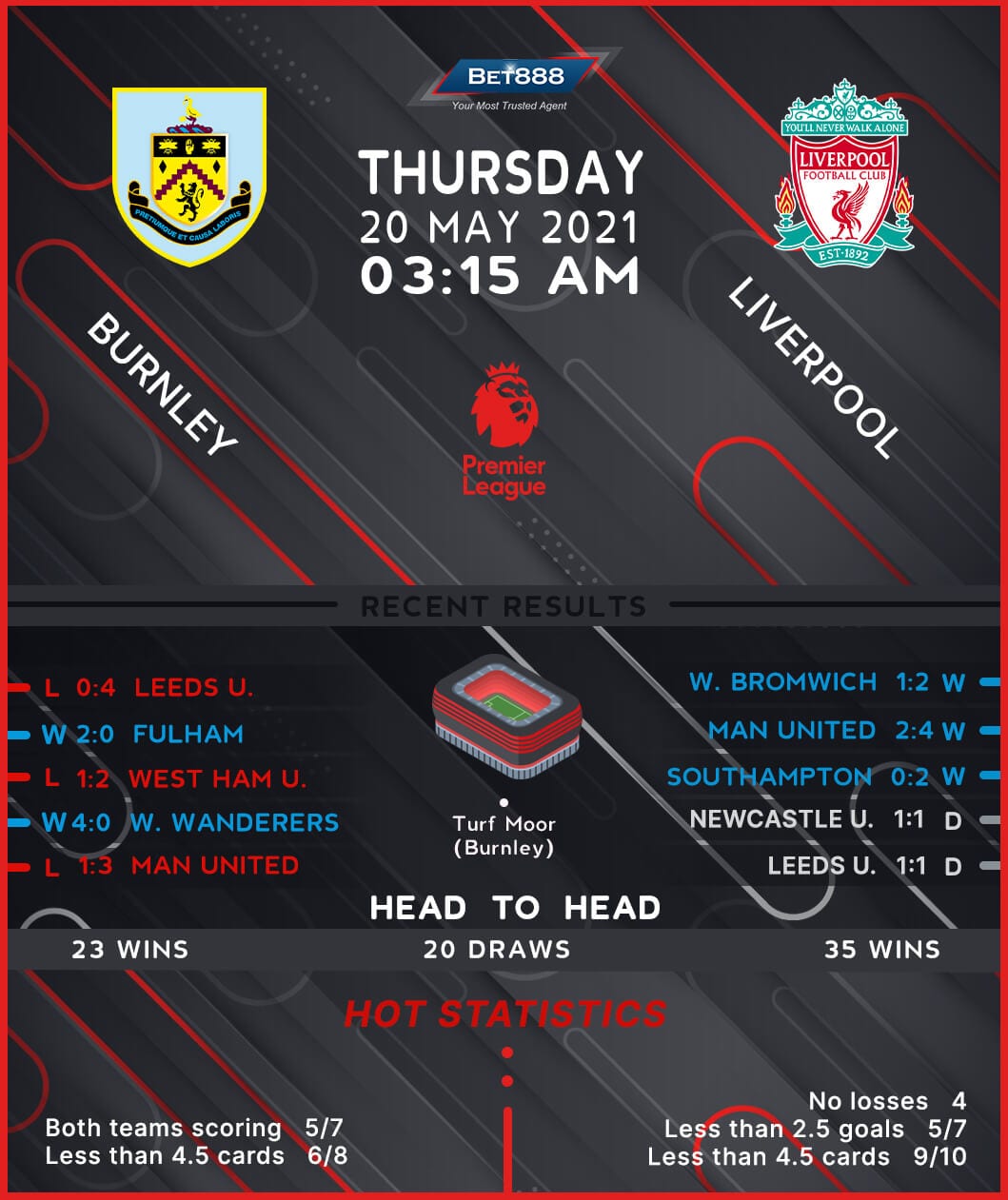