Turf Moor is the venue as Burnley and Newcastle United face-off in the bottom-half-of-the-table Premier League clash.

Burnley squandered a two-goal lead at Southampton to succumb to a 3-2 defeat, putting an end to their three-match unbeaten Premier League streak (W1, D2). Curiously, each of Burnley’s last five home league games has ended in a draw, with four of them coming by the identical 1-1 scoreline. By contrast, the ‘Clarets’ have alternated triumph (W2) and defeat (1) in their last three top-flight H2Hs as hosts, all of which were decided by a narrow one-goal margin. Sean Dyche’s men have registered a league-highest share of the Premier League goals scored/conceded in the opening 15 minutes this season (28.13%), with 18 of their total 64 league goals coming in this exact timeframe. On the flip side, though, only three of their 15 Premier League home fixtures have produced a goal beyond the 75th minute.

Meanwhile, the visitors have gone winless in seven consecutive Premier League games (D4, L3) since outscoring Southampton 3-2 at home on Matchday 23, netting under 1.5 goals on six occasions. Away from home, the ‘Magpies’ have lost three of four Premier League fixtures since prevailing 2-0 at Everton in late December (D1, L3), drawing a blank three times in the process. If Newcastle get on the scoresheet here, it’s unlikely to happen early, considering they’ve yet to score inside the opening 15 minutes of the away Premier League action this term. Having lost this exact fixture 1-0 back in 2019/20, Newcastle could suffer back-to-back top-flight losses at Turf Moor for the first time since 1968. Conceding the opening goal may only enhance such a prospect, as Steve Bruce’s men lost eight of the ten away league matches in which they fell behind this season (D2, L8). 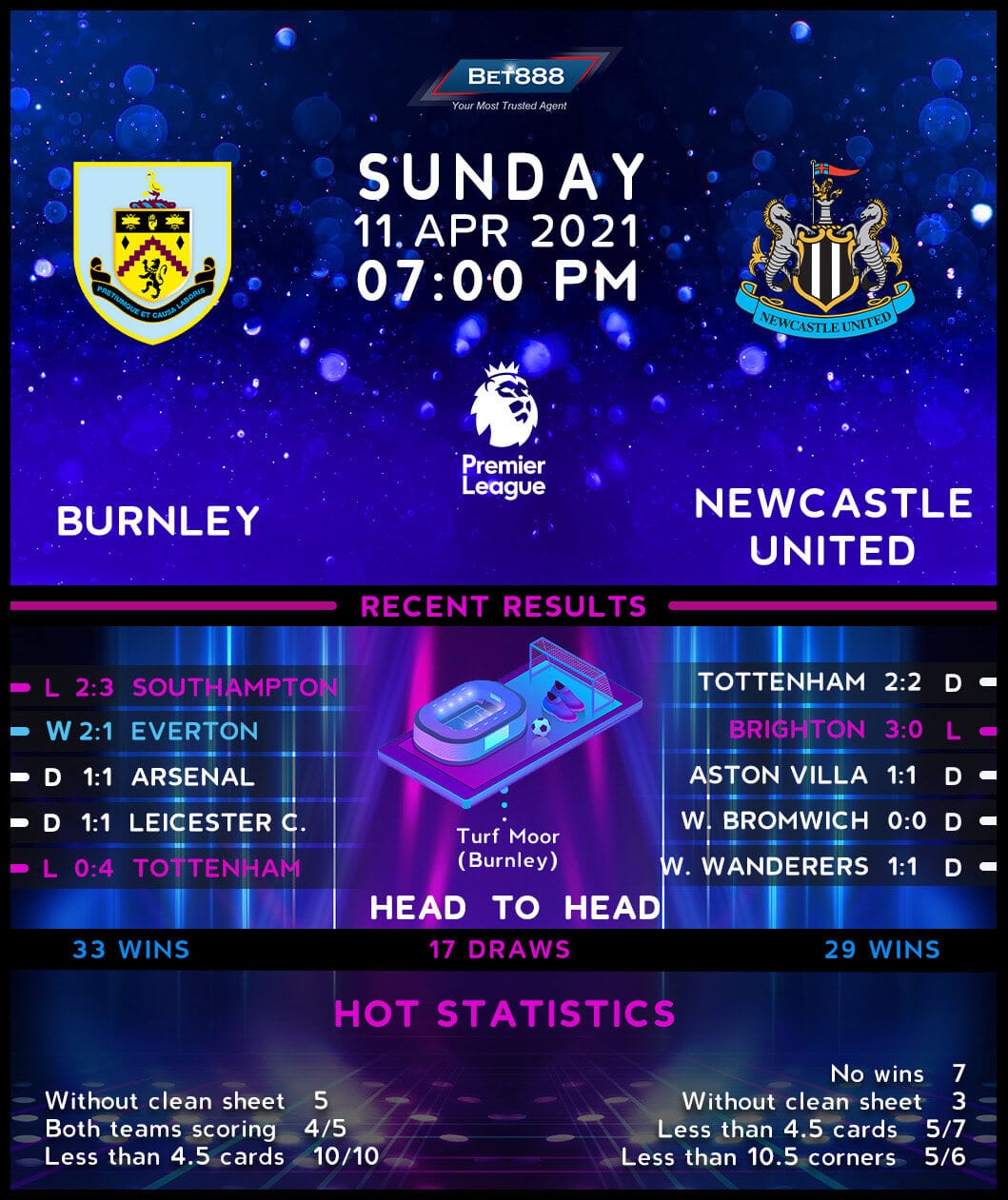