European football is at stake as West Ham United head to Turf Moor to take on Burnley in a must-win Premier League affair.

Burnley claimed a massive 4-0 victory at Wolverhampton last time out to put the brakes on a three-match losing run in the Premier League. However, the ‘Clarets’ have gone winless in seven home league fixtures on the trot (D5, L2) since beating Aston Villa 3-2 in late January, with six of those games featuring under 2.5 FT goals. Going back to December 2020, Sean Dyche’s men have scored 2+ goals in just one of their last ten home Premier League matches, managing an average of just 0.9 goals per game in this sequence. On the flip side, Burnley have defeated West Ham in three of their last four top-flight meetings, keeping a clean sheet in each success, albeit they suffered a 1-0 loss in the reverse fixture earlier this season.

Meanwhile, the visitors have gone from back-to-back Premier League wins to two straight defeats, with each game won/lost in that spread of matches yielding a narrow one-goal margin. Before a 1-0 home loss to Chelsea in their most recent Premier League outing, West Ham had scored 2+ goals in three consecutive league fixtures at an average of 2.75 per game. Away from home, David Moyes’ men have picked up just one win in their last five Premier League encounters (D1, L3), with each outcome producing a full-time margin of under 1.5 goals. Interestingly, the joint-high 19 of West Ham’s 33 league matches this season have seen both teams score, with four of the last five witnessing both teams net at least twice each. But after winning back-to-back top-flight trips to Burnley, West Ham are now winless in their last three such contests (D1, L2), drawing a blank in two. 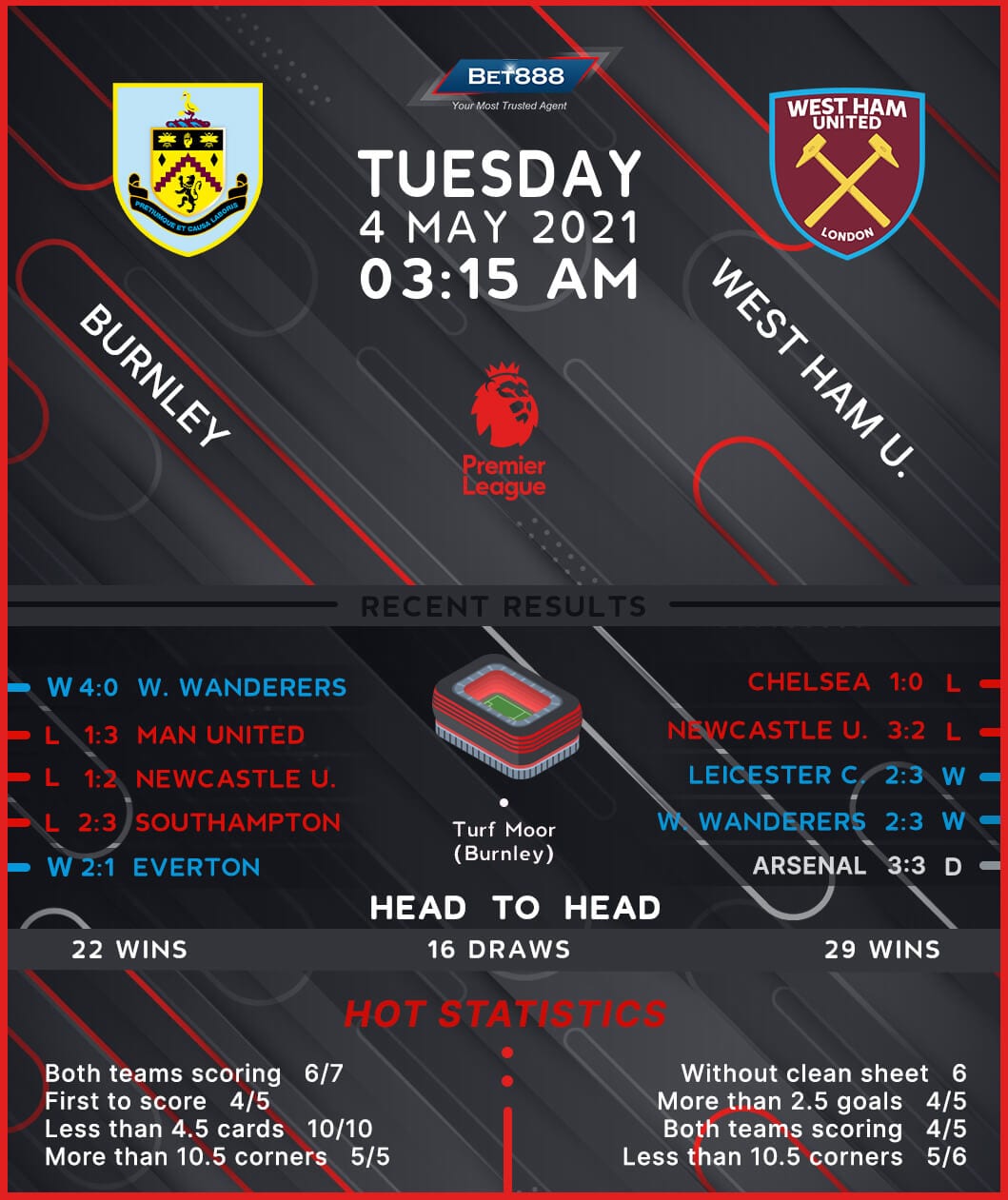