Cadiz and Huesca will lock horns in their first-ever La Liga meeting at the Estadio Ramón de Carranza this weekend.

Cadiz’s narrow 1-0 win at Granada last time out ended a run of three La Liga games without a victory (D2, L1), albeit came as further confirmation of their immense scoring problems. Indeed, ‘El Submarino Amarillo’ have netted under 1.5 goals in 13 of their last 15 La Liga outings, with only Getafe and Alaves scoring fewer league goals than Cadiz (29) among the sides currently sitting outside the drop zone. Another noteworthy takeaway from Cadiz’s underwhelming attacking record is that no team has bagged fewer second-half goals at home than them this season (7). On the bright side, Alvaro Cervera’s men have won three of their last six La Liga games (D2, L1), which is as many victories as they had in their previous 20 outings in the competition (W3, D6, L11).

Meanwhile, Huesca benefited from Aritz Elustondo’s 87th-minute own goal last time out as they outscored Real Sociedad 1-0, bringing a three-match losing La Liga streak to a halt. However, it means Huesca’s players have failed to score in four consecutive league fixtures, having drawn a blank in both of their previous La Liga trips. But, Pacheta’s team have racked up three triumphs in their last six league games (L3), recording as many wins as in their first 28 matchdays this season (W3, D12, L13). Huesca’s hopes of avoiding defeat here will rely on a good start, given that they’ve ended up on the losing side in 90% of the away La Liga matches in which they conceded first this term (GP10 – D1, L9). Huesca have failed to beat Cadiz in their last five competitive H2Hs on the road (D3, L2), all of which featured under 2.5 FT goals. 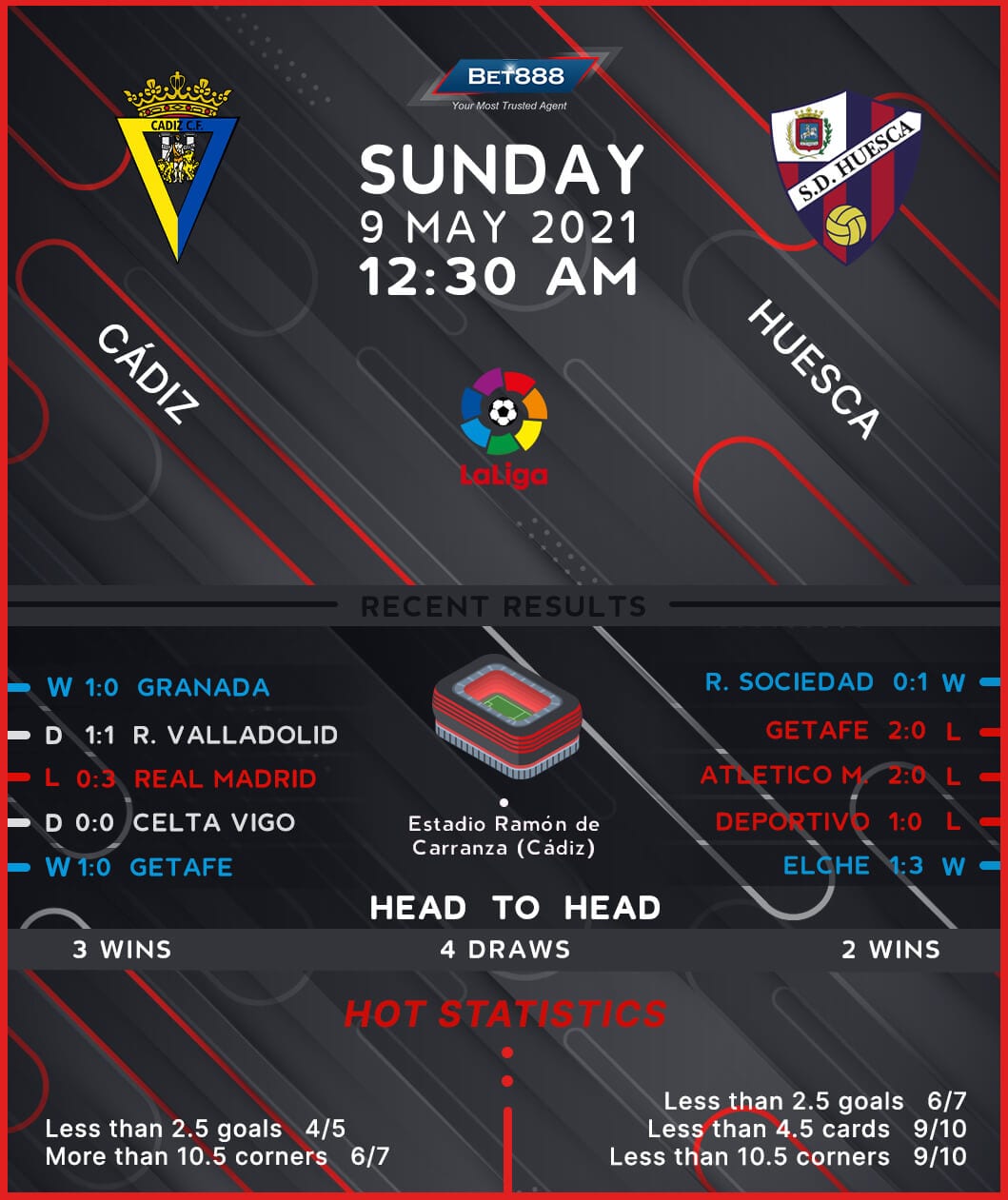