Real Madrid’s pursuit of their second successive La Liga title continues this midweek as they travel to the Estadio Ramón de Carranza to take on mid-table Cadiz.

Cadiz entertain the prospect of becoming the first newly-promoted team to seal a league double over Real Madrid since 1990/91, having claimed a 1-0 win in the reverse fixture back in October 2020. However, the Andalusians have never won consecutive La Liga matches against this opposition, failing to prevail in six such contests in a row (D2, L4) prior to the abovementioned success. Cadiz’s recent league fixtures have been nothing if not keenly-contested as each of the last eight has yielded a full-time margin of under 1.5 goals (W3, D3, L2). Entertainment was relatively sparse in that spread of matches as six of eight featured under 2.5 total goals, including the last two. Sadly, Alvaro Cervera’s men have developed a habit of falling behind without recovering, frustratingly losing 75% of the La Liga games in which they conceded first this season (GP16 – D4, L12).

A dismal goalless away draw with Getafe last time out saw Real Madrid lose some ground on top-placed Atletico Madrid (three-point gap), and they can ill-afford another slip-up here if they are to retain the league title this season. Notably, no team has returned more away points in La Liga this season than ‘Los Blancos’ (33), with Zinedine Zidane’s men boasting the best 93.75% unbeaten ratio on the road. Thriving in close encounters, the visitors have registered two of their last three away La Liga victories via a narrow one-goal margin. Additionally, the reigning Spanish champions have come out victorious in five of their previous six top-flight trips to Andalusian sides (L1), with a 2-1 defeat to Real Betis in March 2020 being the solitary exception. 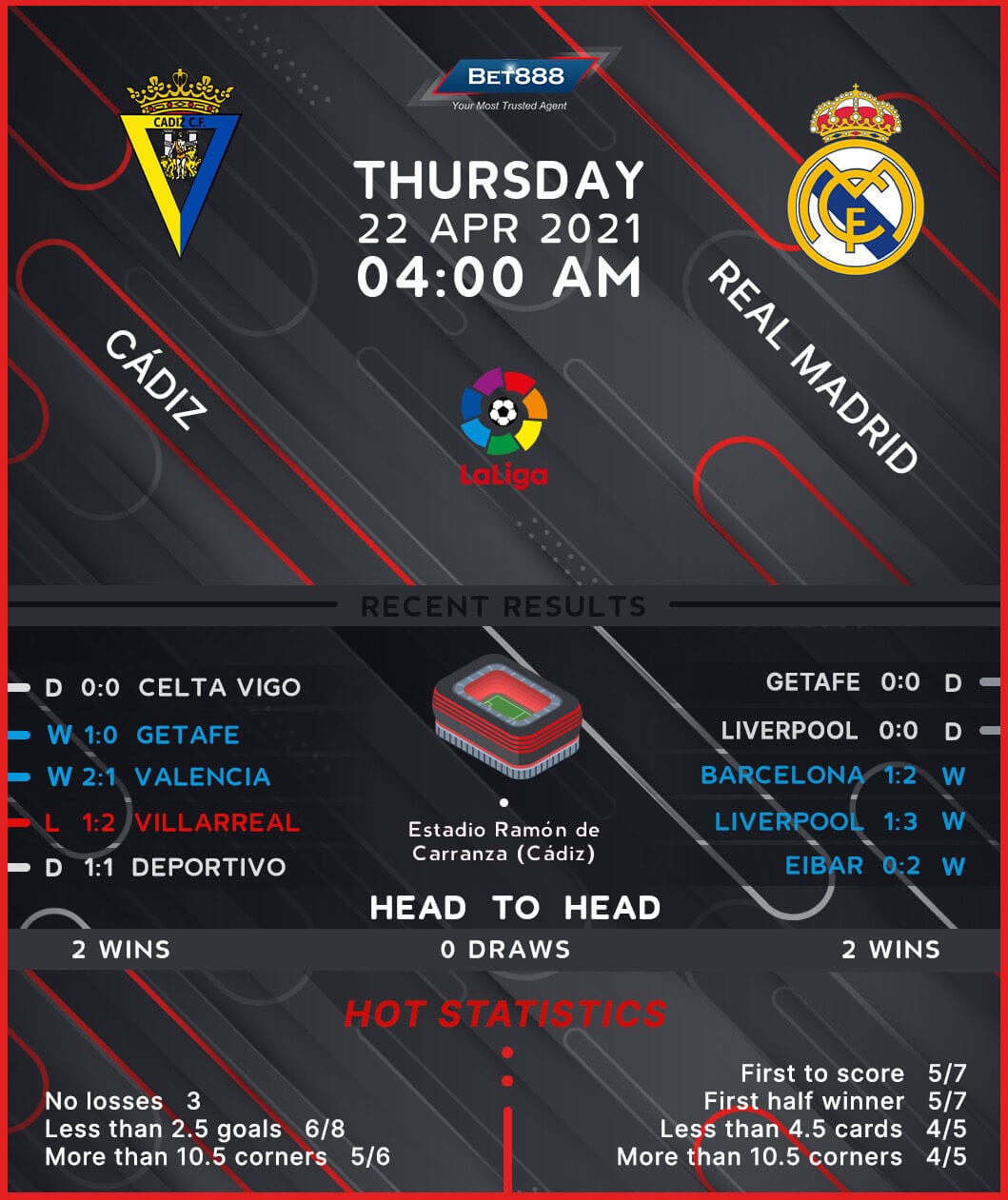