PSG will be looking to avoid the Coupe de France upset when they take on Ligue 2 side Caen at the Stade Michel d’Ornano this midweek.

Pascal Dupraz’s men do not only enter this showdown as massive underdogs, but they’ve also failed to win any of their four competitive fixtures going into this tie (D2, L2). In fact, Caen’s lone success across their last nine outings all competitions has been a 3-1 away win at Guingamp in the previous Coupe de France round (D4, L3). At home, ‘Les Vikings’ have gone from three consecutive victories to seven matches without winning on the bounce (D5, L2), with 42.86% of those games yielding the identical 1-1 scoreline (3/7). Going back to 1993, Caen have only won one of their 15 competitive meetings with PSG on home soil (D3, L11), with that lone triumph coming in April 2008. Moreover, the ‘Malherbe’ have found it difficult to score against PSG recently, drawing a blank in four of their last six home H2Hs while netting precisely once per game in the other two.

On the other hand, ‘Les Parisiens’ have won four of their last five competitive matches ‘to nil’ (L1), with three of those victories producing a winning margin of at least two goals. Yet, Mauricio Pochettino’s men have only won twice in their last five away games (D2, L1) despite keeping a clean sheet on three occasions in that run. Notably, PSG’s rock-solid backline has conceded only 0.75 goals per away match on average this domestic campaign, with just a third of their total nine goals shipped across such contests arriving before half-time. Winning the first half would put Paris in a perfect position to claim a place in the next Coupe de France round, as they’ve won 84.62% of their domestic fixtures in which they were leading at half-time this term (GP:13 – W11, D1, L1). 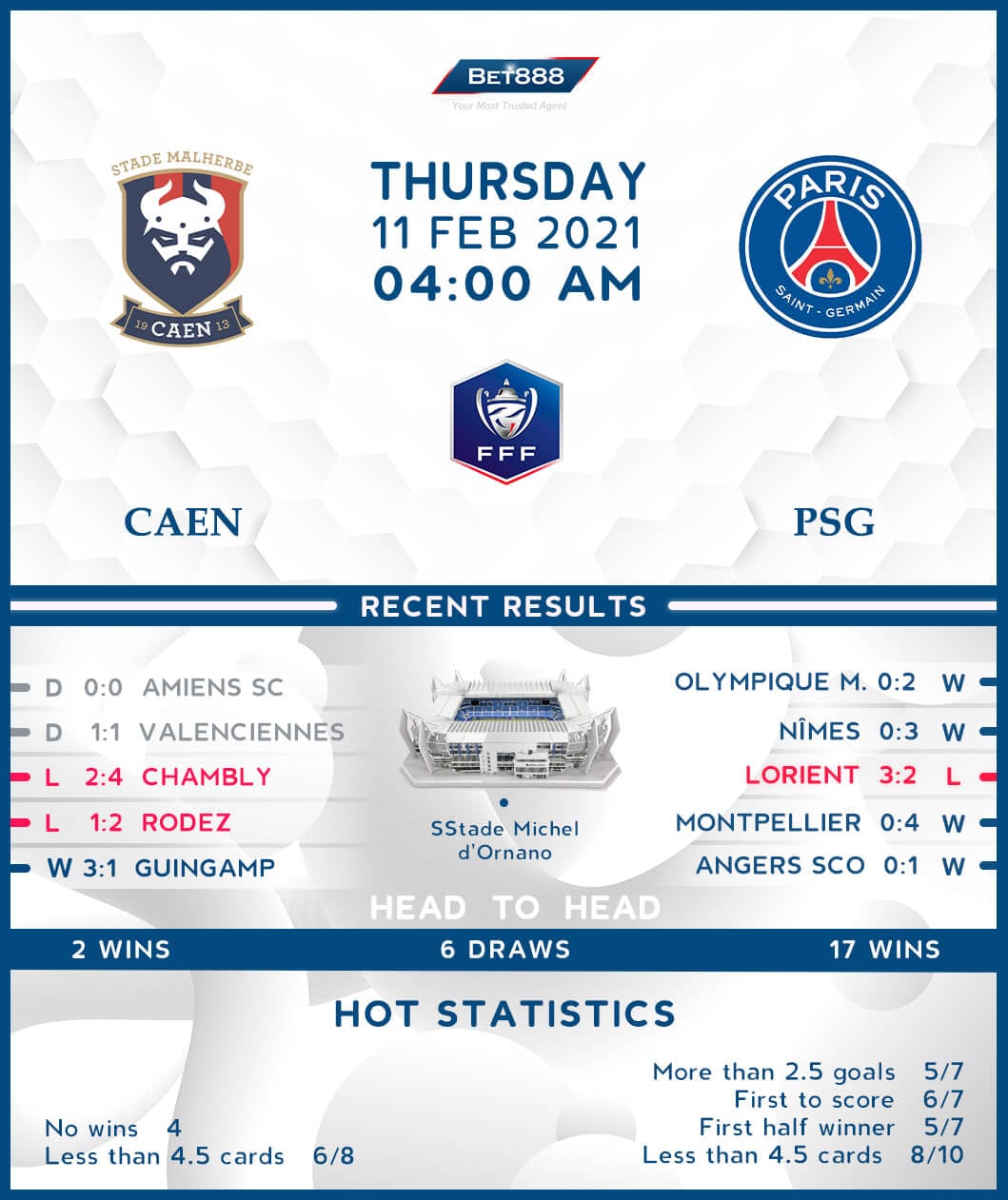