High-flying Napoli will be looking to move to the top of the Serie A table with a win over 18th-placed Cagliari when the two sides lock horns at Sardegna Arena.

It’s been an eye-catching start to the new calendar year for relegation-battling Cagliari as they’ve gone unbeaten in five of their six Serie A matches (W3, D2) since the calendar flipped to 2022. But they can ill-afford to rest on their laurels, with 17th-placed Venezia still a point away. Back to Sardegna Arena following a 1-1 draw with fellow bottom-half rivals Empoli last time out, the ‘Sardinians’ are looking to defy their embarrassing H2H record against Napoli of late. Cagliari have only won one of their previous 23 Serie A meetings with this opposition (D6, L16), falling to a crushing 2-0 defeat in the revere fixture earlier this season. Walter Mazzarri’s men can draw confidence from their decent home form, having lost once in their last six competitive outings at Sardegna Arena (W2, D3).

Meanwhile, Napoli followed up a hard-fought 1-1 draw with Inter Milan last time out with an identical stalemate with Barcelona in midweek Europa League action, stretching their unbeaten run in all competitions to eight games (W4, D4 – 90mins only). With AC Milan and Inter slipping up over the weekend, ‘I Partenopei’ could return to the league summit with a win here. Luciano Spalletti’s side will travel to Sardinia in high spirits after beating Cagliari in each of their last six Serie A encounters at this venue by an aggregate score of 19-1. Back-to-back 2-0 wins over Bologna and Venezia give Napoli a rare opportunity to keep three consecutive clean sheets in Serie A, last achieving that feat in February 2019. And that’s very much in the realm of possibility, as the visitors boast the best defensive record in the competition this season, having conceded just 17 goals so far. 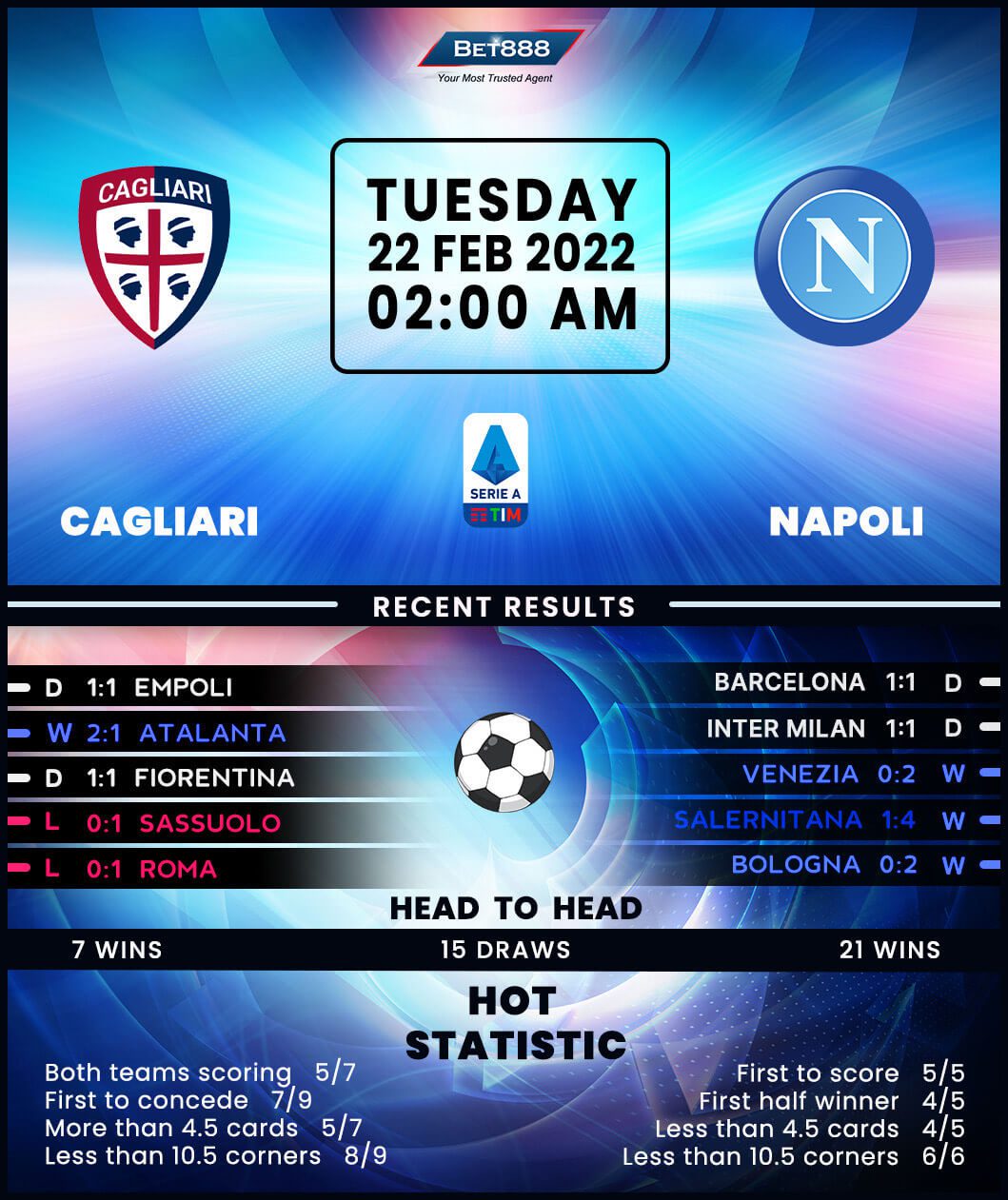