Cagliari’s hopes of avoiding relegation are on the line as they entertain Roma in a high-stake Serie A clash at the Sardegna Arena this weekend.

There is no margin for error for the relegation-threatened Sardinian side, who sit three points adrift of safety. Cagliari enter this round on the back of two consecutive Serie A victories, both of which came by a single-goal margin and saw the deciding goal scored beyond the 50th minute. The hosts have wrapped up two wins in four home league matches under current boss Leonardo Semplici (L2), as many as they managed in 12 such outings under previous coach Eusebio Di Francesco (W2, D3, L7). ‘Gli Isolani’ now face a formidable challenge in the shape of a Roma side they have failed to beat in each of their last seven top-flight H2Hs as hosts (D2, L5), conceding a disturbing average of 2.42 goals per game in the process.

Meanwhile, a return of one victory from their last six Serie A outings (D2, L3) has seen Roma drop to seventh in the league standings as they now trail fourth-placed Atalanta by a whopping ten points. With the prospect of a top-four finish clearly out of the picture, ‘I Giallorossi’ will be looking to at least put an end to their frustrating three-game winless away Serie A streak (D1, L2). Easier said than done, with Paulo Fonseca’s men keeping a single clean sheet in their eight league trips since the turn of 2021. Worryingly, Roma conceded 2+ goals on five occasions during that eight-match sequence, including the last three. Despite the recent dip in form, the visitors are confident of securing all-important three points here, knowing they have not lost any of their last 13 top-flight encounters with Cagliari (W9, D4). 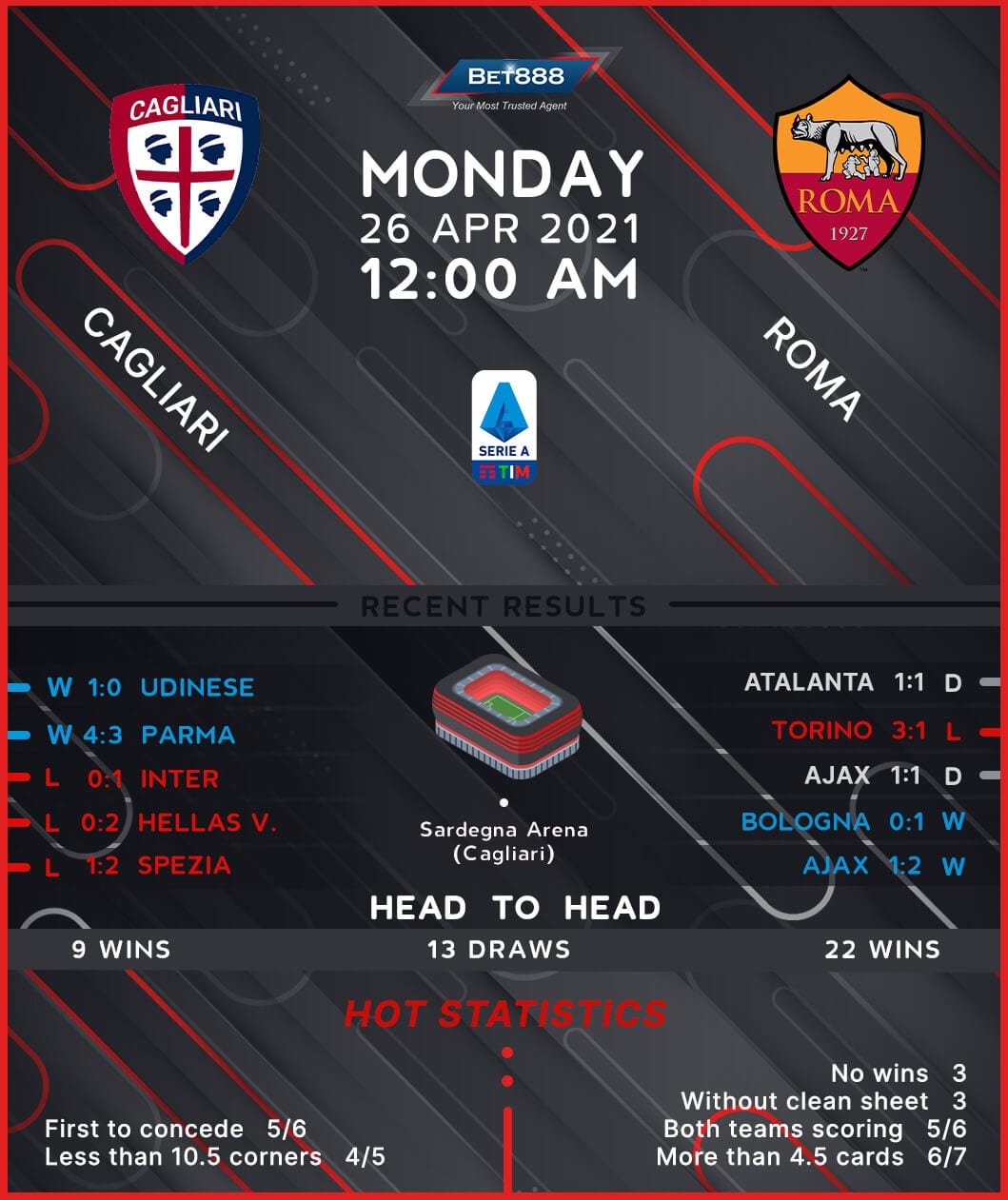