Out-of-sorts Premier League strugglers West Ham United take a trip to Abbey Stadium to meet Cambridge United in what should be a routine mid-season friendly.

Stuck only three points clear of the relegation zone in EFL League One, Cambridge United lost 2-1 to fellow third-tier rivals Forest Green in the lead-up to this encounter, extending a poor-looking form to three straight defeats. But there’s no doubt the ‘Yellows’ know how to keep their games competitive, with each of their last ten matches featuring a full-time margin of under 1.5 goals (W2, D3, L5). Since seven of those ten fixtures contained under 2.5 total goals, you’d be forgiven for assuming a low-scoring theme could be the order of the day. However, a substantial gulf in class between the two sides indicates Cambridge could concede in four consecutive games for the first time since a run of five without a clean sheet in October.

As for West Ham United, the World Cup break might have come at the best possible moment for David Moyes’ men as they entered the six-week hiatus a single-point clear of the Premier League drop zone. On top of that, the ‘Hammers’ have lost each of their last four competitive clashes against domestic rivals, including an embarrassing penalty-shootout defeat to Championship side Blackburn Rovers in the previous EFL Cup round (2-2 in normal time). Indeed, West Ham’s defensive frailties have seen them concede 2+ goals across their last three domestic fixtures, something Moyes is keen to address during the mid-season halt. Playing on the road doesn’t suit the Londoners either, considering they’ve only won once on their last four road trips (D1, L2). 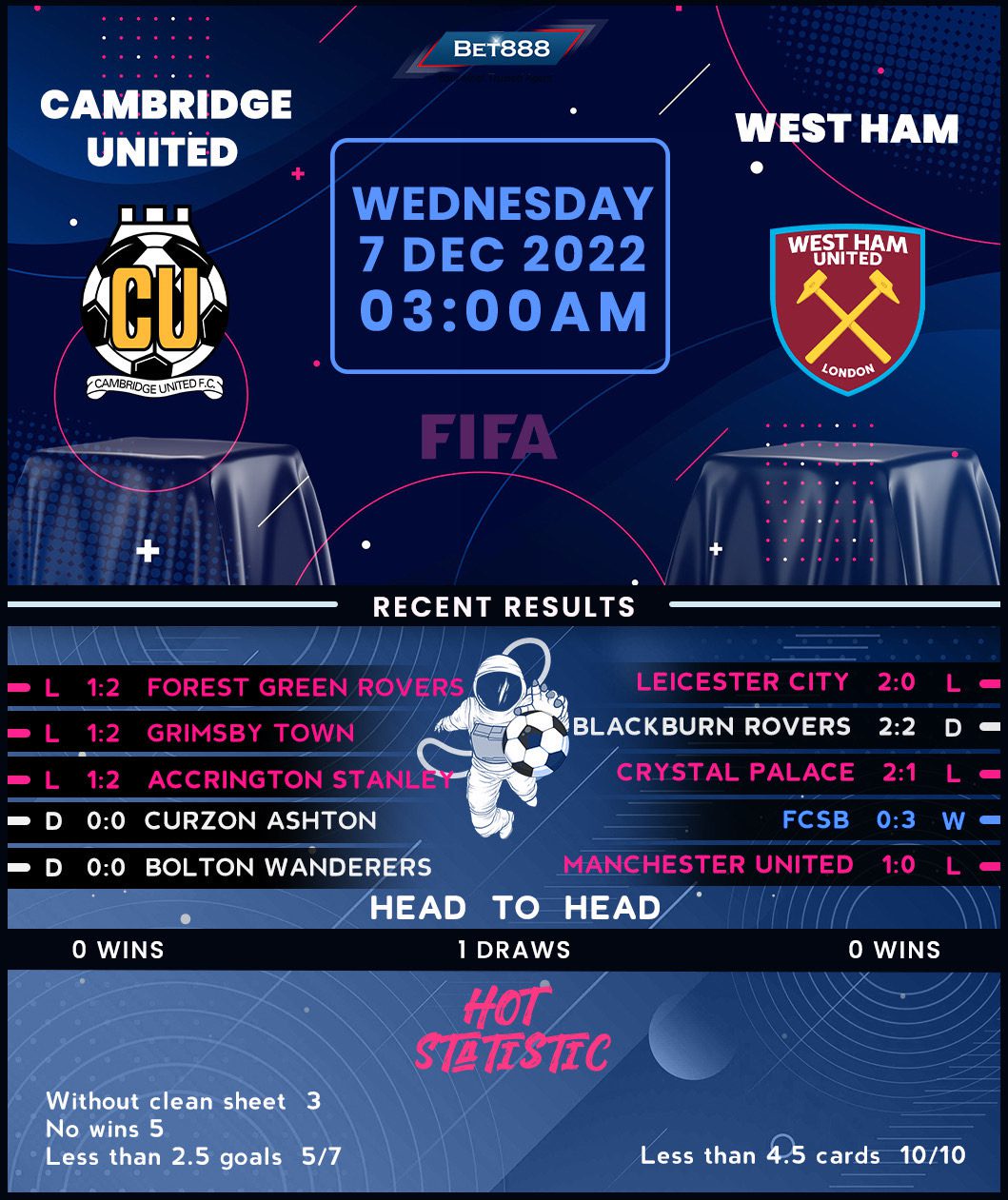