Mid-table Celta Vigo will be desperate to get back to winning ways in La Liga when they meet out-of-sorts Mallorca at the Estadio de Balaídos.

A heavy 2-0 defeat away to Atletico Madrid last time out did not only extend Celta Vigo’s 15-year wait for their first La Liga win over ‘Los Rojiblancos,’ but it also dented their European ambitions. Indeed, Celta’s run of one victory from their last five La Liga fixtures (D3, L1) leaves them a staggering 12 points adrift of sixth-placed Real Sociedad, highlighting the importance of this encounter. Given what’s at stake, ‘Los Celticos’ will be disappointed to know they’ve won none of their last seven top-flight meetings with Mallorca (D4, L3), including a scoreless draw in the reverse fixture back in December. On the bright side, Eduardo Coudet’s men have not only gone unbeaten in four straight home league matches since a 2-1 loss to Valencia in December (W3, D1), but each of those three wins came by a two-goal margin.

On the other hand, Mallorca have experienced a noticeable dip in form heading into this matchday, going from back-to-back La Liga victories to three consecutive league defeats, failing to get on the scoresheet in the last two in a row. It gets worse for the visitors, as they’ve lost their last four away league fixtures on the trot, conceding 2+ goals on each occasion. Not many things are going Mallorca’s way, with ‘Los Piratas’ drawing a blank in five of their eight La Liga outings this calendar year. In fact, no other La Liga team have lost as many top-flight games without scoring as Mallorca (5) in 2022 so far. A lack of the bounce-back ability has seen Luis Garcia’s men suffer eight defeats in nine away league matches when conceding first this season (W1). 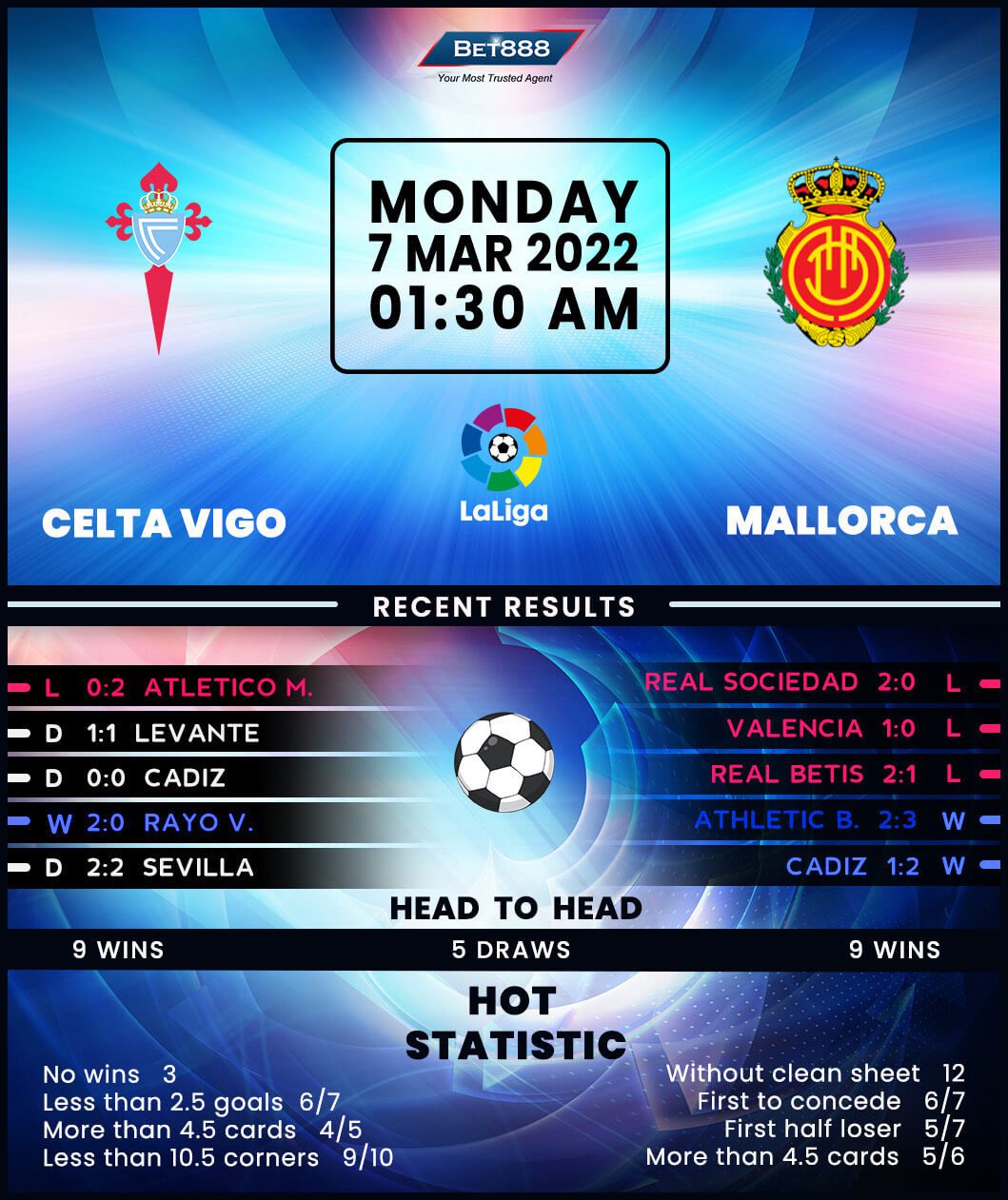