Real Madrid head to the Estadio de Balaídos to take on Celta Vigo, looking to extend their unbeaten streak in their La Liga H2Hs to 14 games (W11, D2).

A goalless home stalemate with Athletic Club last time out leaves Celta at a single loss in their previous eight La Liga matches (W2, D5). However, the hosts have faltered in front of goal lately, scoring one or less in four of their last five home league fixtures, with three of their five strikes in that time coming before half-time. Indeed, the majority (57.89%) of Celta’s home league goals scored this season have come in the first half of play (11/19), with 46.15% of their home La Liga games featuring a goal inside the opening 15 minutes. Although three of their last four top-flight matches at the Balaídos produced under 2.5 FT goals, each of their previous six La Liga meetings with Real Madrid at this venue have seen 4+ goals and both teams on the scoresheet.

In the meantime, Real Madrid last lost a league match in late January, going undefeated in seven La Liga outings since then (W5, D2) to remain within a six-point distance from pacesetters Atletico Madrid. Away from home, ‘Los Blancos’ have suffered just one defeat in their 14 La Liga games this season (W8, D5), courtesy of a 4-1 thumping at Valencia in November. Madrid’s ability to finish their away matches strongly has seen them find the net inside the final 15 minutes of play in six of their 14 away league encounters while conceding only one in that same timeframe. Yet, seven of their last eight competitive fixtures outside the Bernabeu have seen the sides separated at full-time by under 1.5 goals. Claiming a half-time lead would put Zinedine Zidane’s men in a prime position to capture all three points as they’ve won 80% of the La Liga matches when doing so this term (GP:10 – W8, D2). 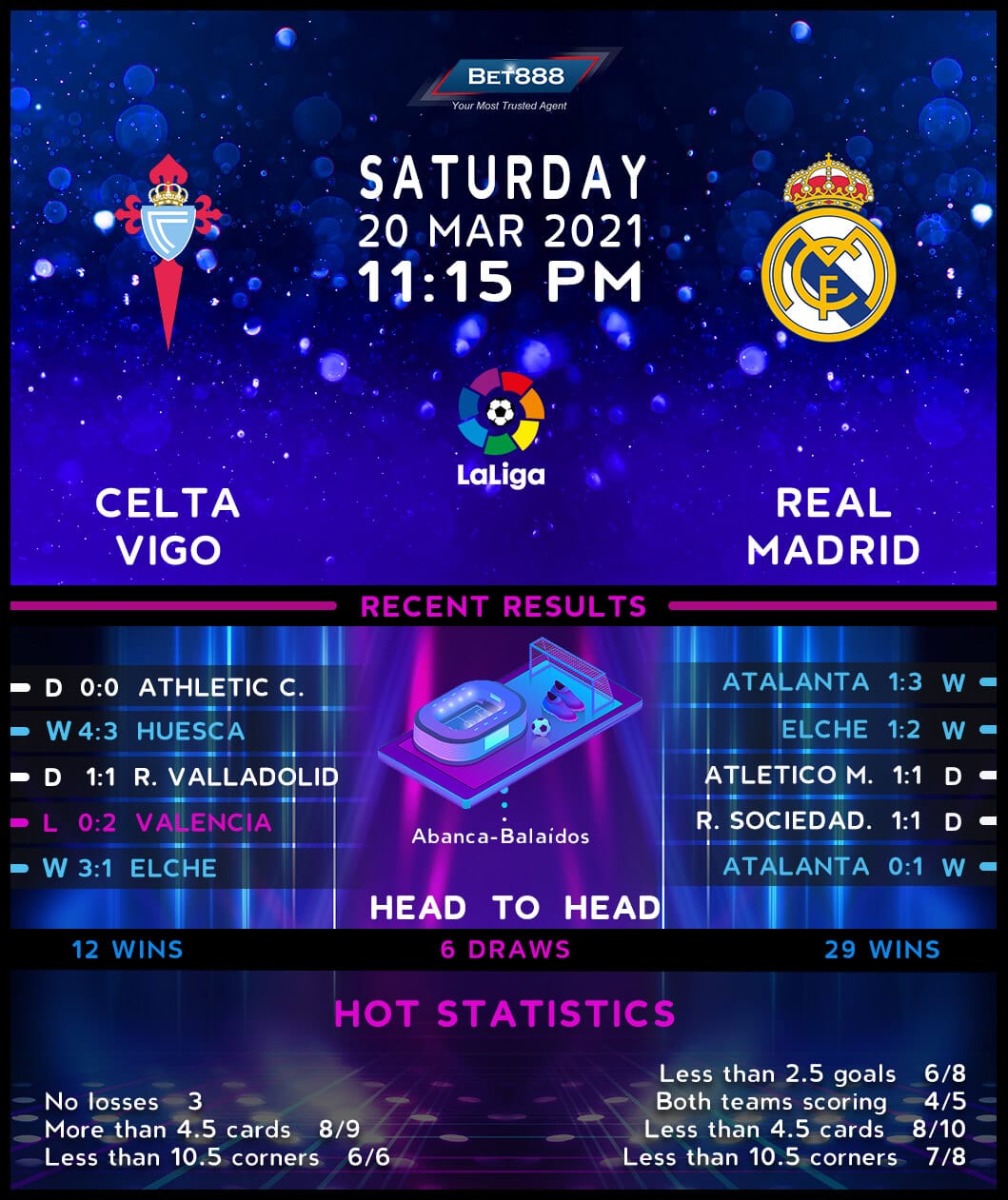