Underperforming Celta Vigo will play host to fourth-placed Sevilla at the Estadio de Balaidos in an intriguing La Liga fixture.

Celta’s sluggish start to this La Liga campaign has seen them win two of their eight league fixtures so far (D1, L5) as they hold a narrow two-point lead over 18th-placed Levante heading into this showdown. A hard-earned 1-0 home victory over Granada in Celta’s most recent La Liga home outing hampered their three-game losing league start on home soil. Though none of their four La Liga games at the Balaidos have ended level, we could have a tight, keenly-contested match-up on our hands here, as all of Celta’s home league fixtures won/lost this term yielded a one-goal margin. That said, ‘Los Celestes’ lost both last season’s top-flight meetings with Sevilla, conceding precisely four goals on each occasion. Another defeat here would see Celta lose three straight La Liga H2Hs for the second time in the 21st century.

On the other hand, an underwhelming 1-0 away loss to Granada last time out brought high-flying Sevilla down to the ground, curtailing their six-match unbeaten La Liga start (W4, D2). But the visitors will be comfortable to know they’ve only lost back-to-back top-flight games once in 2021 so far. A lack of composure in front of goal has seen Sevilla fail to get on the scoresheet in their last two La Liga outings away from home, which remains a concern heading into this encounter. Yet, defensively robust, Julen Lopetegui’s men have conceded a league-low three goals this season and have yet to let in 2+ goals per top-flight fixture. Low scoring has been a common theme in Sevilla’s away league matches this term, as each of their four La Liga trips has featured under 2.5 total goals. 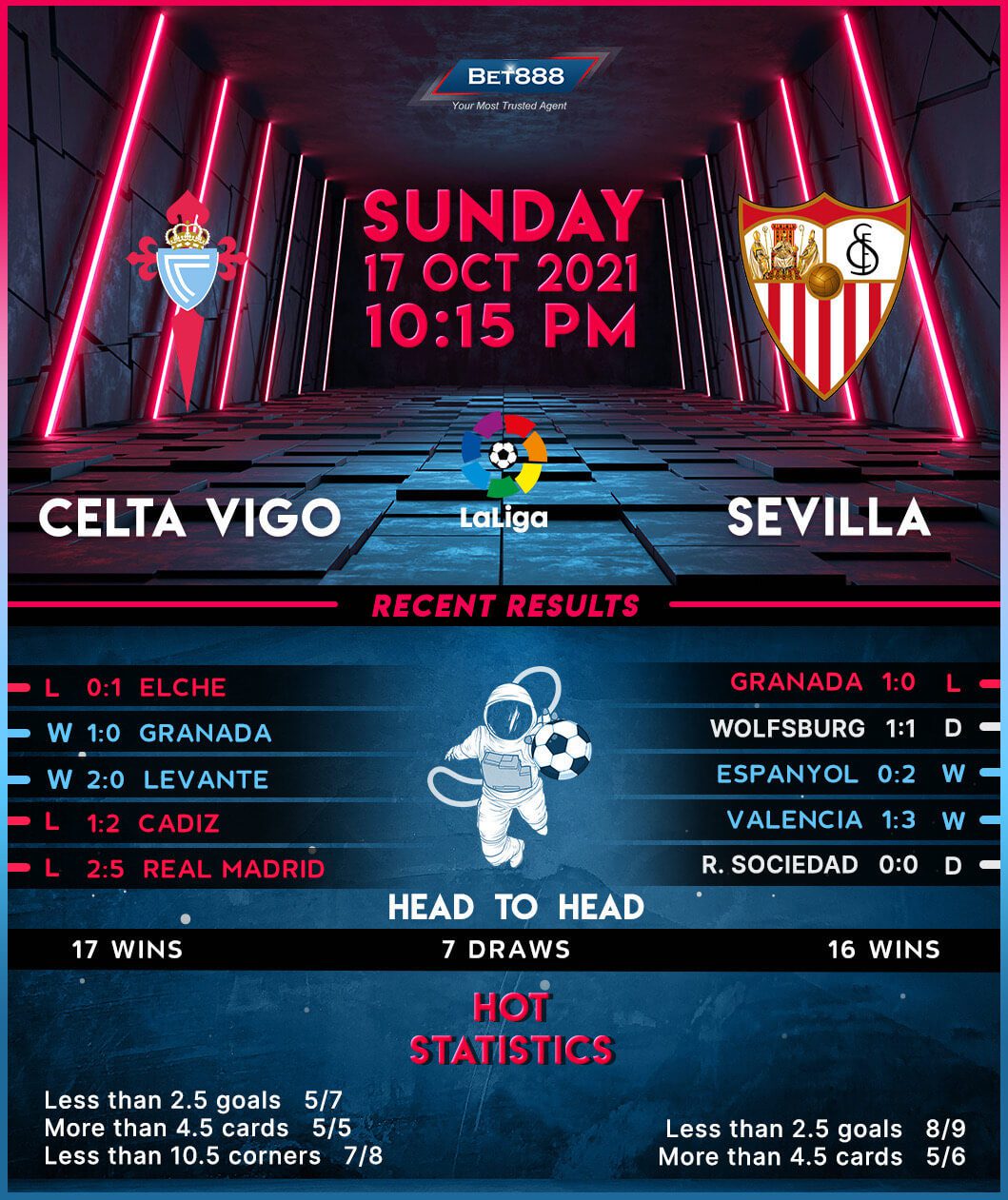