Celtic and Lille meet at Celtic Park in the ultimate fixture of the UEFA Europa League group stage.

Both of Celtic’s Europa League home matches this season have seen them trail 2-0 at half-time and eventually lose by at least a two-goal margin. As a consequence, they are now facing the risk of losing four home games in a row in major European competitions for the first time in the club’s history. What’s more, Neil Lennon’s men have lost four of their last six home fixtures in all competitions (W1, D1), conceding over 1.5 goals per game in each defeat in that run. However, the ‘Hoops’ have avoided defeat in five consecutive Europa League meetings with French opponents (W2, D3) since losing to Bordeaux in 2000. Curiously, five of Celtic’s seven goals scored in the Europa League group stage this season have come in the first half, with the last three arriving within 15 minutes of play.

As for the visitors, they have been alternating between a win and a draw in each of their five matches in the Europa League group-stage fixtures this season (W3, D2), as they go into this encounter on the back of a 2-1 comeback victory over Sparta Praha. Except for a 1-1 home draw with AC Milan on Matchday 4, ‘Les Dogues’ have netted over 1.5 match goals in each of their remaining four group-stage games, accruing a total of 12. Furthermore, both of Lille’s Europa League trips this season have seen them win the first half by a 1-0 score and move on to secure a triumph by a three-goal margin. Before beating Milan and Sparta on the road in this season’s Europa League group phase, the French giants had secured just one victory in 12 away matches in this competition beforehand (D5, L6). 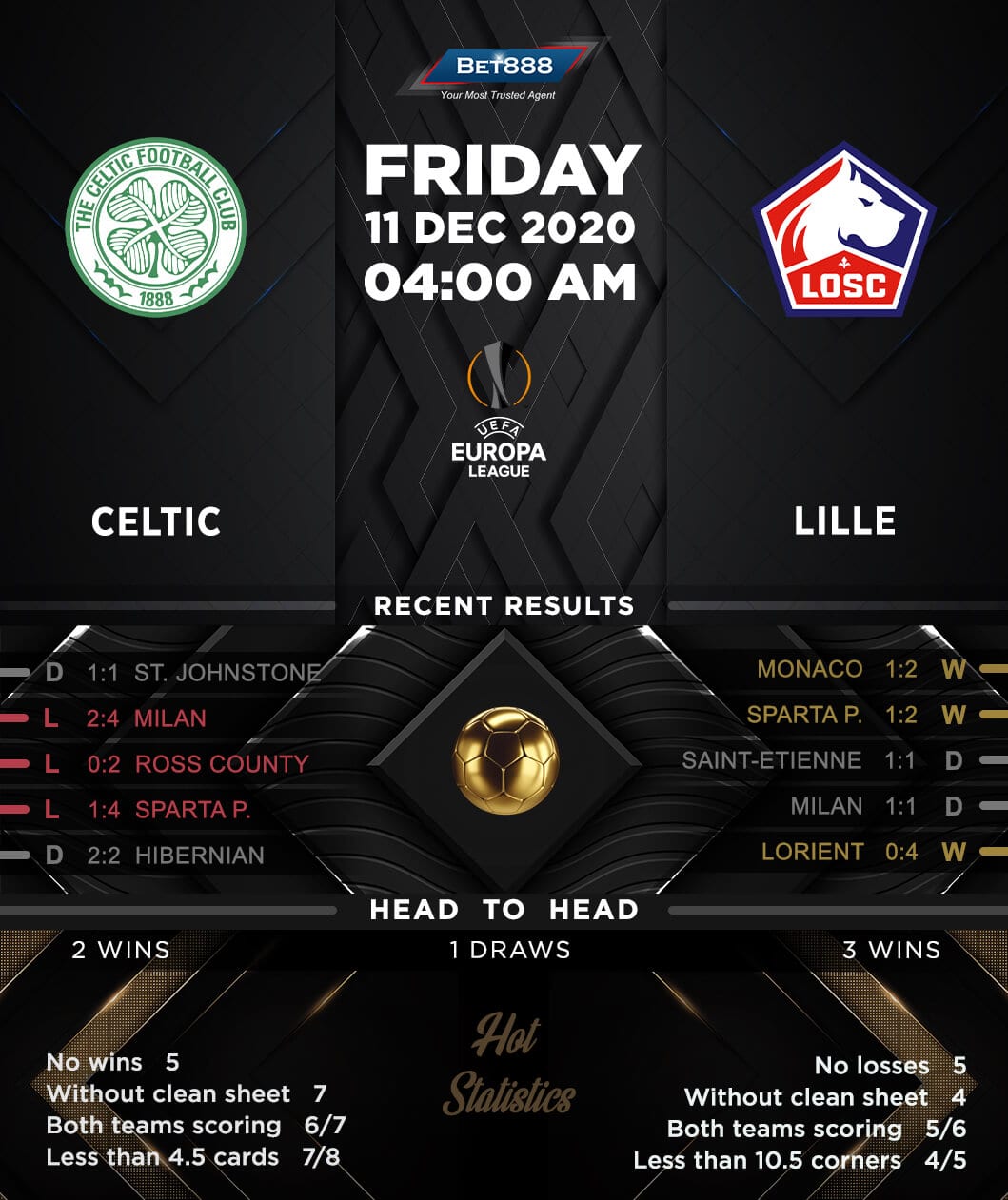