One of the most highly anticipated fixtures on the European football schedule takes place this weekend, as Celtic play host to Rangers at Celtic Park in a real clash of Scottish Premiership titans.

Celtic have won only one of their last three league fixtures (D1, L1) after winning five Premiership outings in a row beforehand. Each of their previous four league matches featured under 1.5 FT goals despite the opener in two arriving within 14 minutes of play. At home, none of Celtic’s last five home Premiership games has ended in a draw (W4, L1), with four of those results (win/loss) coming by a narrow one-goal margin. The ‘Bhoys’ have ended on the losing side in each of the last three ‘Old Firm’ editions, their worst losing run against arch-rivals since 2008. Additionally, John Kennedy’s men have drawn a blank in both of their top-flight meetings with Rangers this season – they have never failed to score against them in the entire Premiership campaign before.

Coming off the back of the UEFA Europa League elimination, Rangers look to maintain their impressive unbeaten record in the Premiership this season (W28, D4). Standing in their way is a Celtic side they have defeated in only 18 of their 48 top-flight head-to-head encounters (D6, L24). However, the ‘Gers’ have outplayed bitter rivals in back-to-back away league showdowns, as many wins as they had in their previous 16 such visits prior (D4, L10). Curiously, each of Rangers’ last four strikes in Old Firm derbies have come from set-piece plays. Remarkably, Steven Gerrard’s men have conceded league-lowest seven away goals this season, letting in over 1.5 goals per Premiership trip only once in 16 such contests so far. The visitors have already claimed the league title, their first in ten years, doing that by scoring an average of 2.4 goals per match. 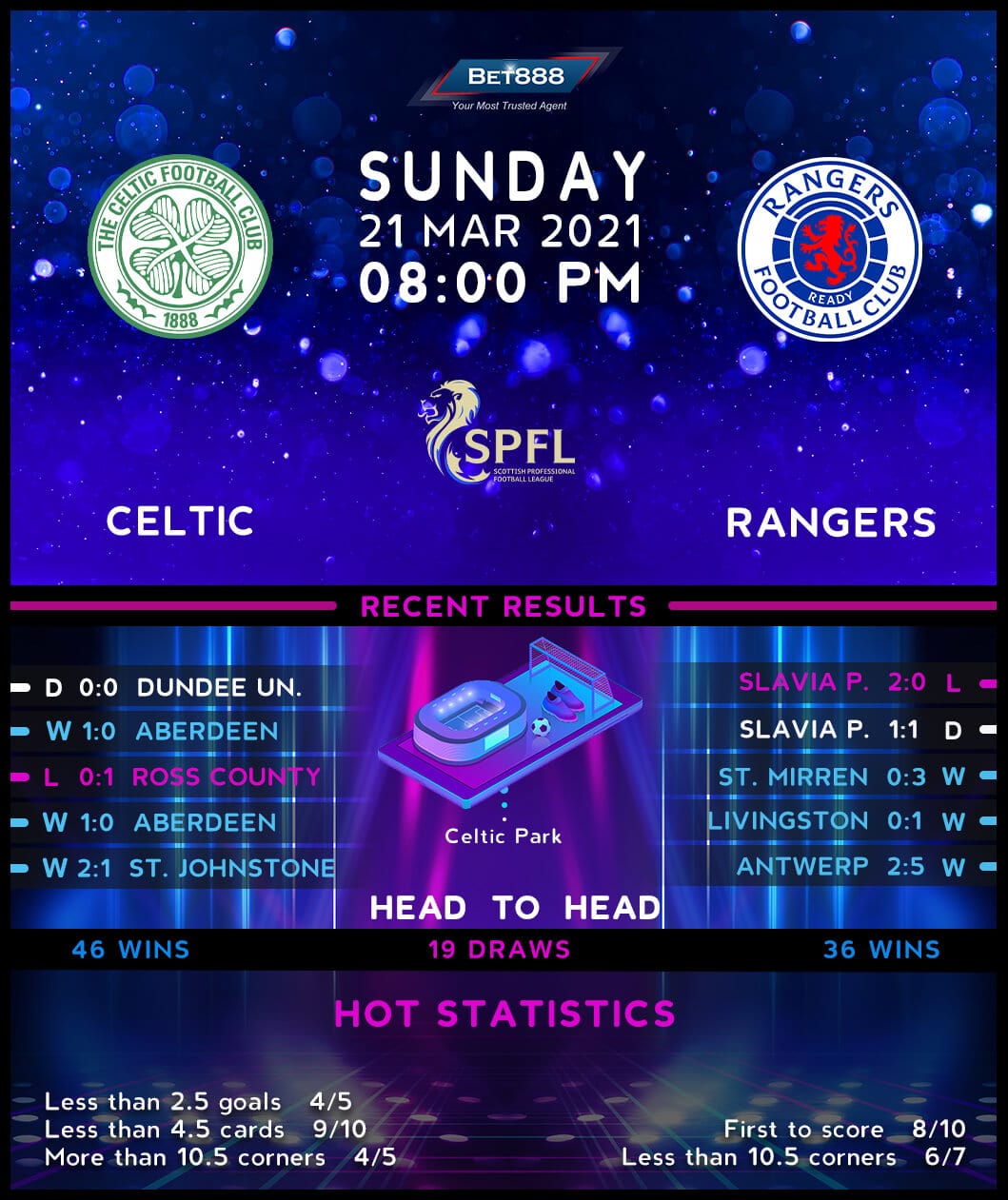