Since a shocking 5-2 home defeat to shifting West Brom, the ‘Blues’ have hit the ground running in the Premier League, racking up a five-game unbeaten streak (W4, D1) as they hold a significant six-point lead on fifth-placed West Ham ahead of the kick-off. Since Thomas Tuchel took charge of the team back in January, Chelsea have kept a clean sheet in all but one of their eight home Premier League matches, with the abovementioned loss to WBA being the solitary exception (W4, D3). The ‘Pensioners’ have been relentless in the Premier League London derby fixtures this season, winning more points than any other team from the capital in such encounters (22 – W7, D1, L1). Additionally, Chelsea haven’t lost any of their last eight Premier League games against Arsenal at home (W6, D2) since succumbing to a 5-2 defeat in October 2011.

Meanwhile, the visitors have gone from back-to-back defeats in all competitions to three consecutive matches without losing (W2, D1), with three of those games seeing one or both sides fail to get on the scoresheet. Away from home, the ‘Gunners’ have put together five Premier League matches without defeat (W3, D2) since a 1-0 loss to Aston Villa in early February, scoring 2+ goals on four occasions. Interestingly, Arsenal have never lost a midweek Premier League showdown against Chelsea (W2, D6), drawing all four such trips to Stamford Bridge. Having claimed a 3-1 victory on Boxing Day earlier this season, the Emirates outfit are on the lookout for their first league double over cross-town rivals since 2003/04. Moreover, after winning both of their previous league trips ‘to nil,’ Arsenal could win three successive away Premier League games without conceding for the first time since May 2013. 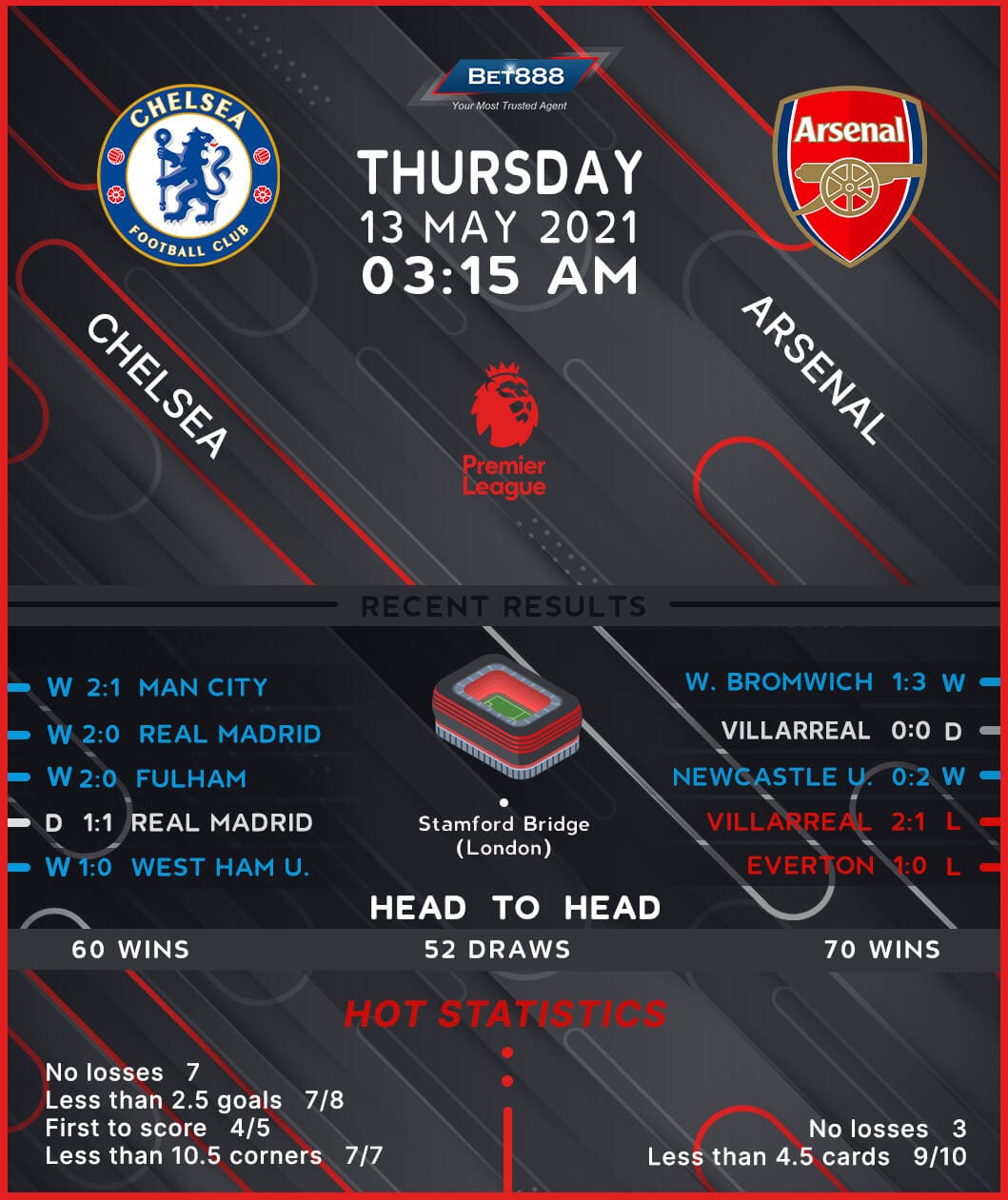