Chelsea will be looking to post their sixth consecutive Premier League victory over Aston Villa when the two sides meet at Stamford Bridge.

Chelsea were shocked 3-1 by Arsenal on Boxing Day, which means they have now suffered three defeats in their last four Premier League matches to tumble down to seventh in the table. At home, though, the ‘Blues’ have not lost any of their six previous league fixtures (W4, D2) since succumbing to a 2-0 reverse to Liverpool in their opening home game of the season. Remarkably, Frank Lampard’s men scored 3+ match goals five times during that six-game sequence, registering a clear majority (64.71%) of their total goals gathered across that time in the second half of play (11/17). What’s more, Chelsea have been clinical versus Villa in recent times, netting over 1.5 goals per game in each of their last six top-flight H2Hs (W6).

Meanwhile, Aston Villa have hit the ground running since losing 2-1 to West Ham United on Matchday 10, keeping four Premier League clean sheets in a row to win three of their last four league matches (D1). Additionally, the visitors have won five of their six away Premier League fixtures ‘to nil’ (L1), with three of those victories coming by the identical 3-0 scoreline. However, conceding the opener has often proved fatal to Villa’s fate, considering they’ve lost all four of their league games in which they shipped the first goal. Curiously, though, Dean Smith’s men have been impenetrable in the later stage of their Premier League matches so far, as they remain the only team yet to concede a single goal beyond the 75th minute this season. 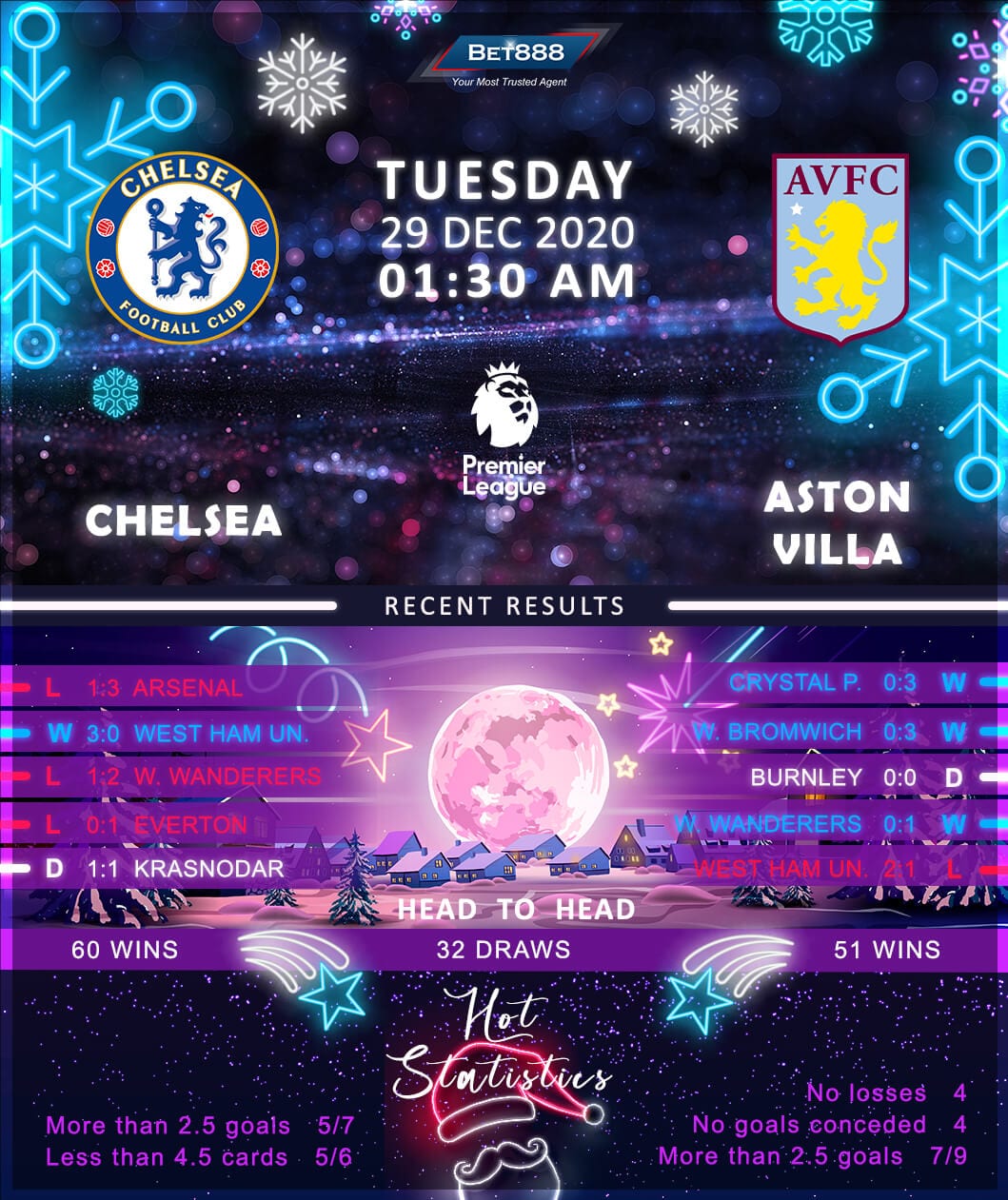