Chelsea will be looking to capitalize on a 1-0 first-leg lead when they meet Atletico Madrid at Stamford Bridge in the return leg of their UEFA Champions League last-16 tie.

Chelsea are undefeated in their 12 competitive matches under current boss Thomas Tuchel (W8, D4), 11 of which have featured under 2.5 total goals. Rock-solid at the back, the ‘Blues’ have kept a clean sheet in ten of those 12 games, including the last five. However, the Premier League giants have experienced mixed fortunes in their three Champions League meetings with Atletico Madrid at Stamford Bridge (W1, D1, L1), with each win/loss in the spread of encounters seeing the victor score over 2.5 goals. Chelsea’s indifferent European record versus Spanish adversaries could be a reason for concern (GP:46 – W18, D16, L12), as well as the fact they have only won one of their last four Champions League games at home (D2, L1). Notably, though, the Londoners have not suffered elimination in any of their 13 knock-out two-legged ties in which they won the first leg away from home.

Meanwhile, Atletico Madrid have alternated between a draw and win in their last four competitive games (W2, D2) since the first-leg reverse, three of which have produced under 2.5 FT goals. A defeat in Spain was Atletico’s third Champions League loss to Chelsea – only against two other sides, they have lost as many in the competition. Curiously, ‘Los Colchoneros’ have staged a comeback in 50% of the Champions League knock-out ties after losing the first leg, navigating their way through in four of eight previous such challenges. However, Diego Simeone’s men have only secured two victories in their last ten away games in the Champions League knock-out stages (D2, L6), netting under 1.5 goals on eight occasions in the process. This season, they have registered two of their three away goals scored in the competition before the interval. 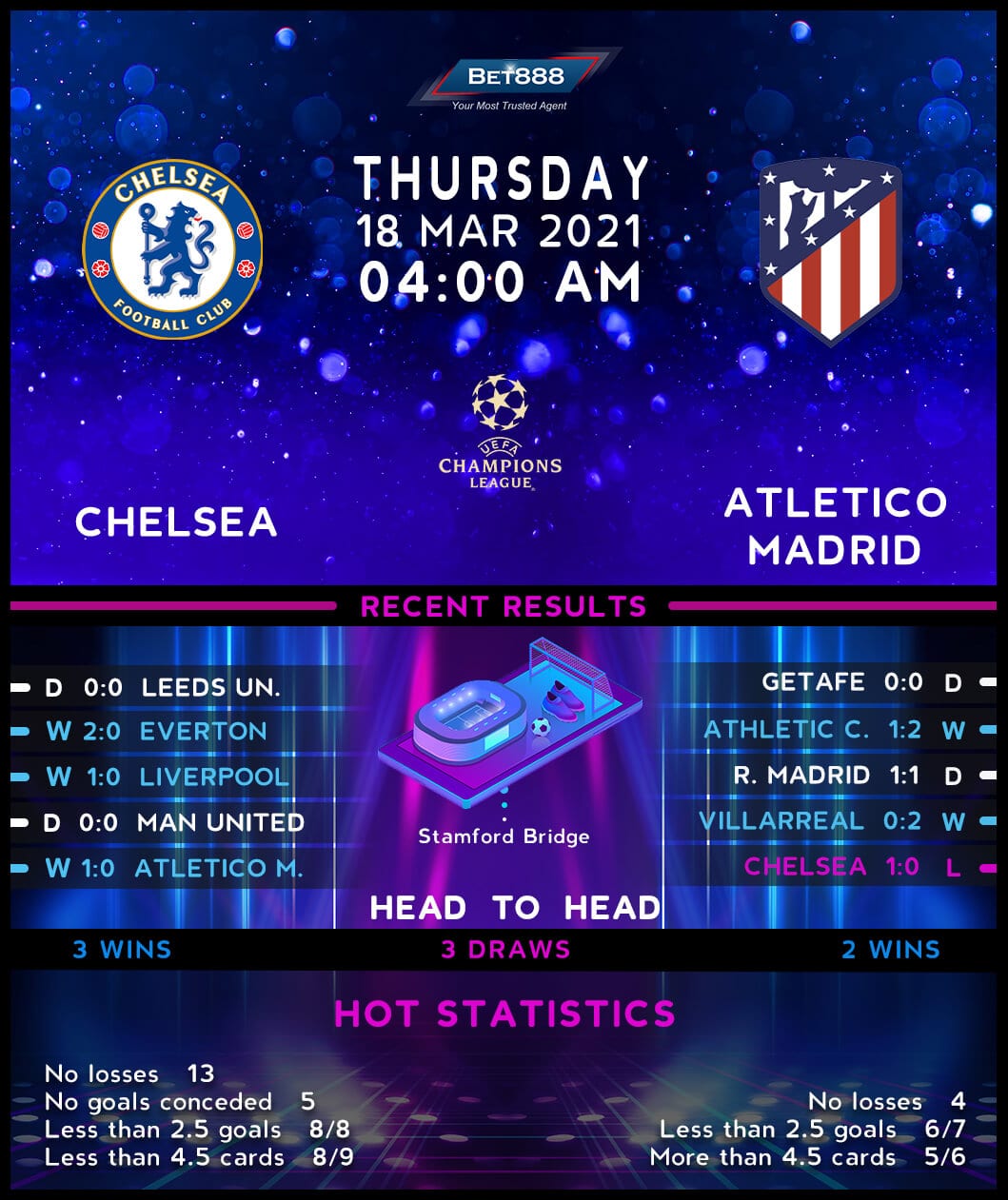