Stamford Bridge is the venue as top-four contenders Chelsea and bottom-half Brentford go head-to-head in an all-London Premier League match-up.

Growing off-field problems surrounding Chelsea and their owner Roman Abramovich have not affected the club’s recent form, as the ‘Blues’ went into March’s international break on a run of six victories across all competitions. Moreover, Thomas Tuchel’s men have won their last five Premier League matches on the trot by an aggregate score of 11-1, with three of those triumphs yielding a 2+ goal margin. A potential success against Brentford would see Chelsea rack up a six-game winning streak in England’s top flight for the first time under Tuchel’s stewardship. There’s plenty of reason for optimism in the Stamford Bridge camp, as the reigning Champions League holders boast an impressive 86% win ratio in the Premier League London derbies this season, having come out on top six times across seven such fixtures thus far (L1).

Brentford’s chances of becoming the second London-based club to find the net against Chelsea this Premier League season look rather slim. Even though they’ve scored in their last three top-flight travels (W1, L2), Brentford’s seasonal average of 1.13 goals scored per league trip doesn’t sound promising. Furthermore, after conceding a single goal across their opening three Premier League away games this season, Thomas Frank’s men have gone 12 consecutive league travels without a clean sheet. Except for a heroic 2-0 win over Arsenal on the opening weekend, the ‘Bees’ lament a disastrous seasonal average of 0.4 points per match against sides from the upper half of the table this term (W1, D2, L9), casting further doubt on their hopes of pulling off an upset at Stamford Bridge. 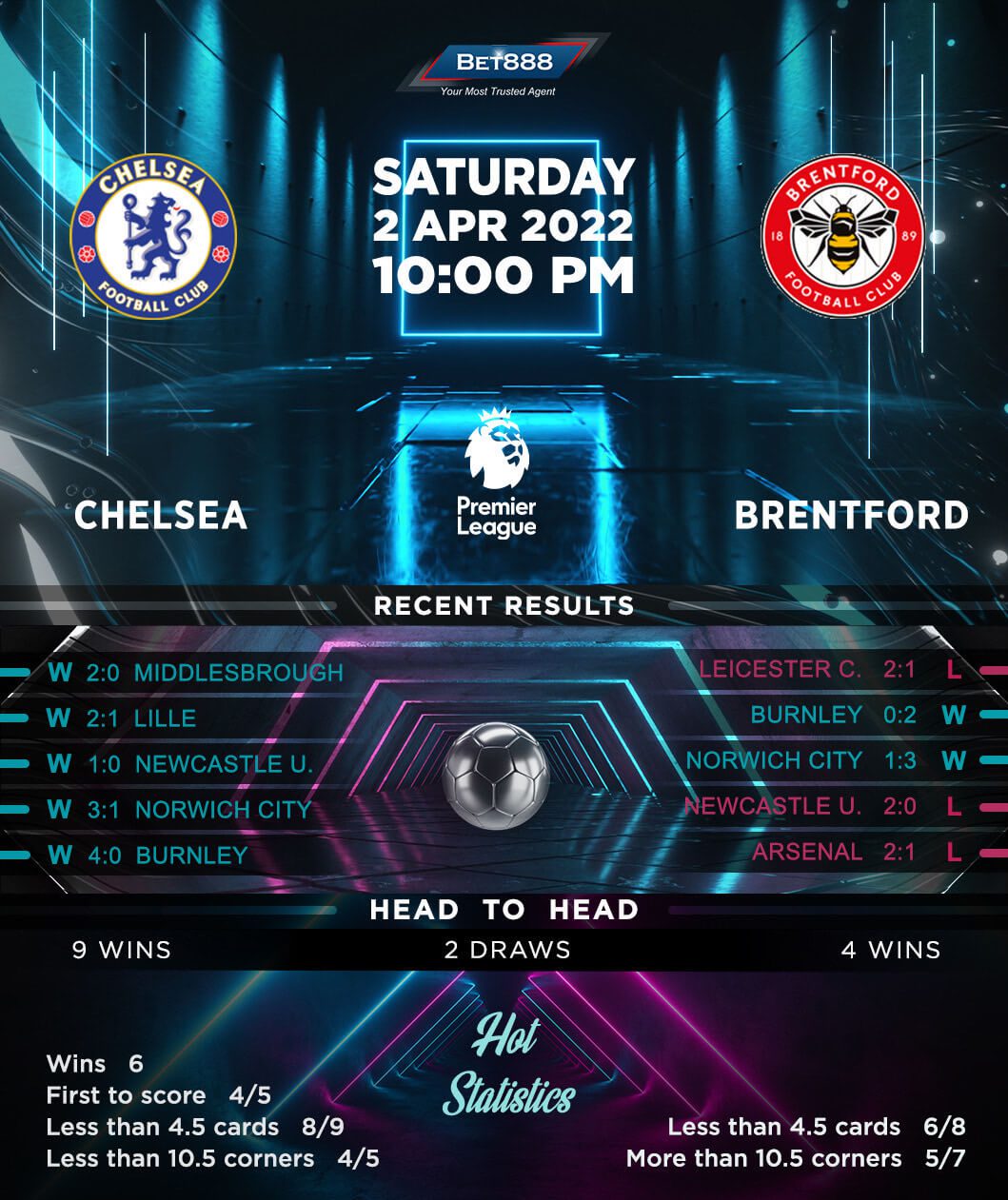