Stamford Bridge is the venue as Chelsea and Everton go head-to-head in a crunch Premier League clash.

A hard-fought 1-0 triumph at Liverpool last time out extended Thomas Tuchel’s unbeaten start at Chelsea to ten matches in all competitions (W7, D3). Notably, the hosts have conceded in only two of their ten competitive games under Tuchel. Defensively robust, the ‘Blues’ have kept a clean sheet in four consecutive Premier League home fixtures and now entertain the prospect of registering a shutout five times in a row for the first time since January 2015. Everton could be a perfect victim as they’ve failed to score in each of their last four top-flight visits to Stamford Bridge. By extension, Chelsea have avoided defeat in 25 Premier League H2Hs held at this venue (W14, D11), last losing such encounter in November 1994. The Londoners remain one of only four sides to hit double digits in terms of the goals scored in both halves this Premier League campaign (FH10, SH13).

As for Everton, they have recently gone into overdrive, racking up a three-game winning streak in the Premier League after losing twice in a row beforehand. Four of the five fixtures won/lost in that five-match sequence saw the winner on the day keep a blank sheet. Away from home, the ‘Toffees’ are undefeated in nine successive league outings (W7, D2), with 71.43% of their triumphs in the spread of games coming by a narrow one-goal margin. After clutching a 1-0 victory in the reverse fixture, the visitors will be looking to secure a league double over Chelsea for the first time since 1978/79. Winning the first half could be a way to go, as Carlo Ancelotti’s men have successfully negotiated 90.91% of the Premier League fixtures in which they were leading at half-time this term (GP11 – W10, D1), including all five on the road. 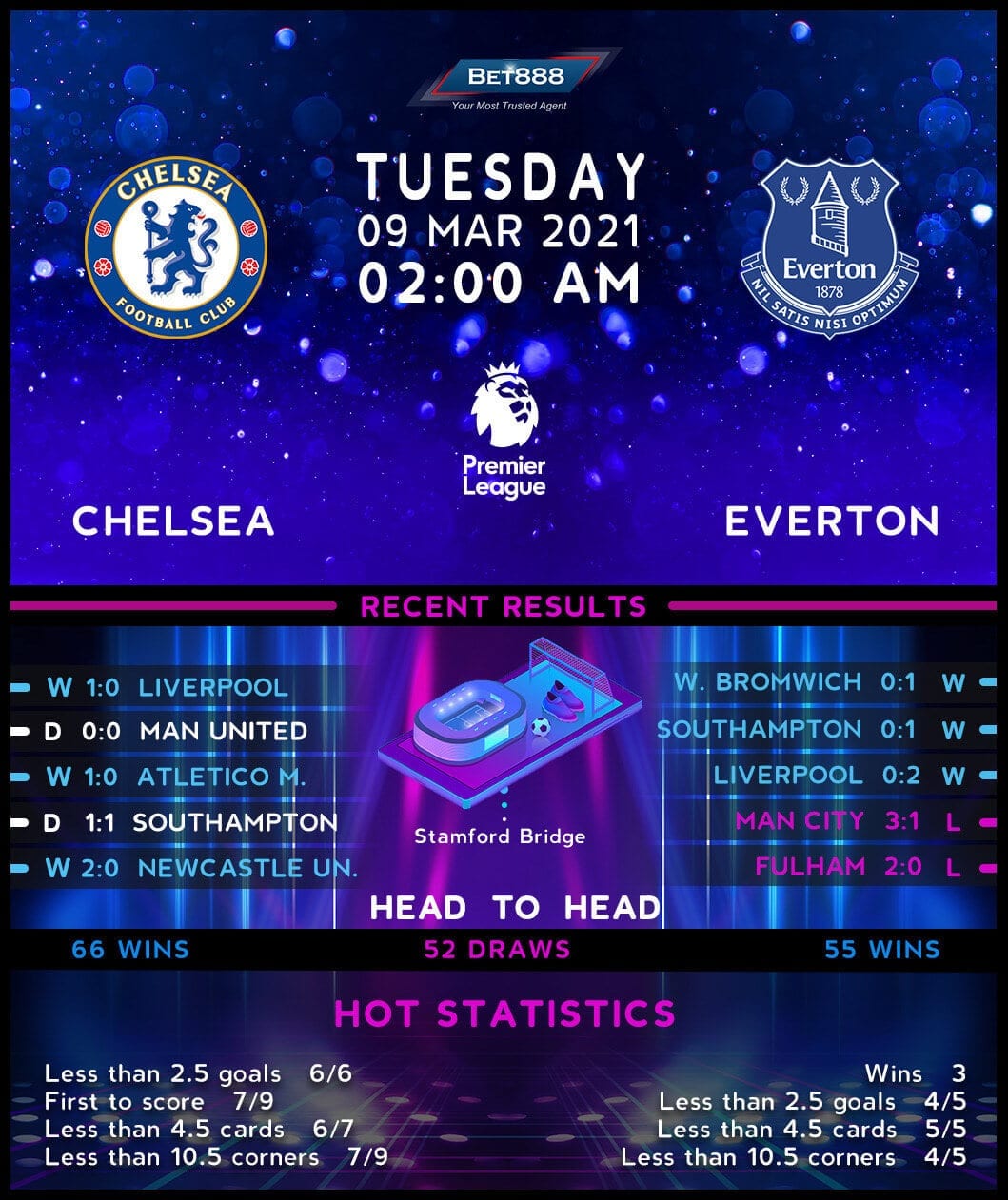