Chelsea will be looking to maintain a 100% home record against Russian clubs when they meet Krasnodar at Stamford Bridge in the UEFA Champions League.

The hosts have racked up four consecutive victories in the Champions League group stage since being held to a goalless draw to Sevilla on Matchday 1, returning an impressive +12 goal difference from those successes (GF: 13, GA: 1). Frank Lampard’s men often put their foot on the gas after half-time, as evidenced by the fact eight (61.54%) of their 13 Champions League goals scored this season have come in the second half of play. Additionally, the ‘Blues’ have won each of their five historical European home clashes against Russian visitors by an aggregate score of 13-1. What’s more, Chelsea have lost their final group stage fixture only once in their 13 previous Champions League campaigns (W8, D4) and have gone unbeaten in seven home games in all competitions (W4, D3) since losing 2-0 to Liverpool in the Premier League back in September.

As for the visitors, they squeezed past Rennes 1-0 on Matchday 5 to bring a four-game winless run in the Champions League group stage to a halt (D1, L3). Before that victory over Rennes, Murad Musayev’s men have failed to keep a clean sheet in each of their ten previous Champions League outings, qualifying included. In turn, they have conceded at least one goal in their last eight away matches in all competitions. Although Krasnodar can take some confidence from the fact their only previous UEFA trip to England ended in a win, they have struggled to impress on the road in Europe lately. Indeed, the ‘Bulls’ have lost six of their last nine away fixtures across major European competitions, qualifying excluded (W1, D2, L6). 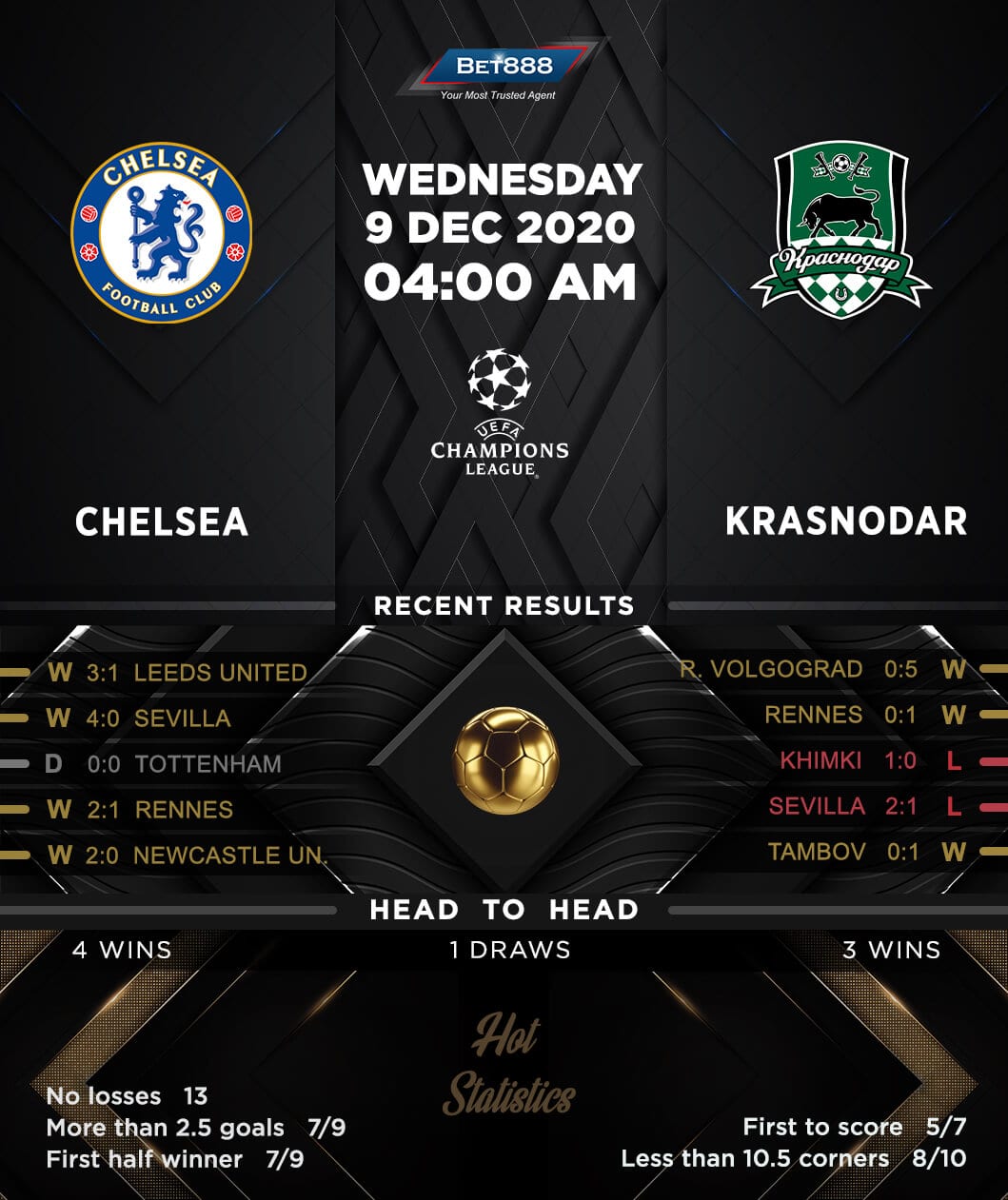