Stamford Bridge is the venue as Chelsea and Leeds United meet in their first Premier League encounter since May 2004.

A goalless home draw with Tottenham last time out means Chelsea have not lost any of their eight previous Premier League fixtures (W4, D4), keeping a clean sheet on five of those occasions. The hosts have shown two faces in the attacking third this term, drawing a blank in two of their five home league outings while scoring over 2.5 goals in the other three. But, Frank Lampard’s men often pick up the pace a bit late, as evidenced by the fact that 72.73% of their total Premier League goals scored at home arrived beyond the 30th minute (8/11). Still, a cagey introduction has seen the ‘Blues’ register just one of their six home league goals conceded before the 40-minute mark.

Meanwhile, the visitors have gone from back-to-back Premier League defeats to two consecutive league games without a loss (W1, D1). Curiously, while both of their failures in that four-match sequence came by the same 4-1 scoreline, the ‘Whites’ kept a clean sheet in the other two outings. In turn, none of Leeds’ five away Premier League fixtures this season has ended in a draw (W3, L2). While each of their three wins in this run of games came ‘to nil,’ both defeats saw them concede precisely four goals apiece. Particularly vulnerable before the break, Marcelo Bielsa’s men have recorded a clear majority (75%) of their Premier League goals conceded on the road in the first half of play (6/8). 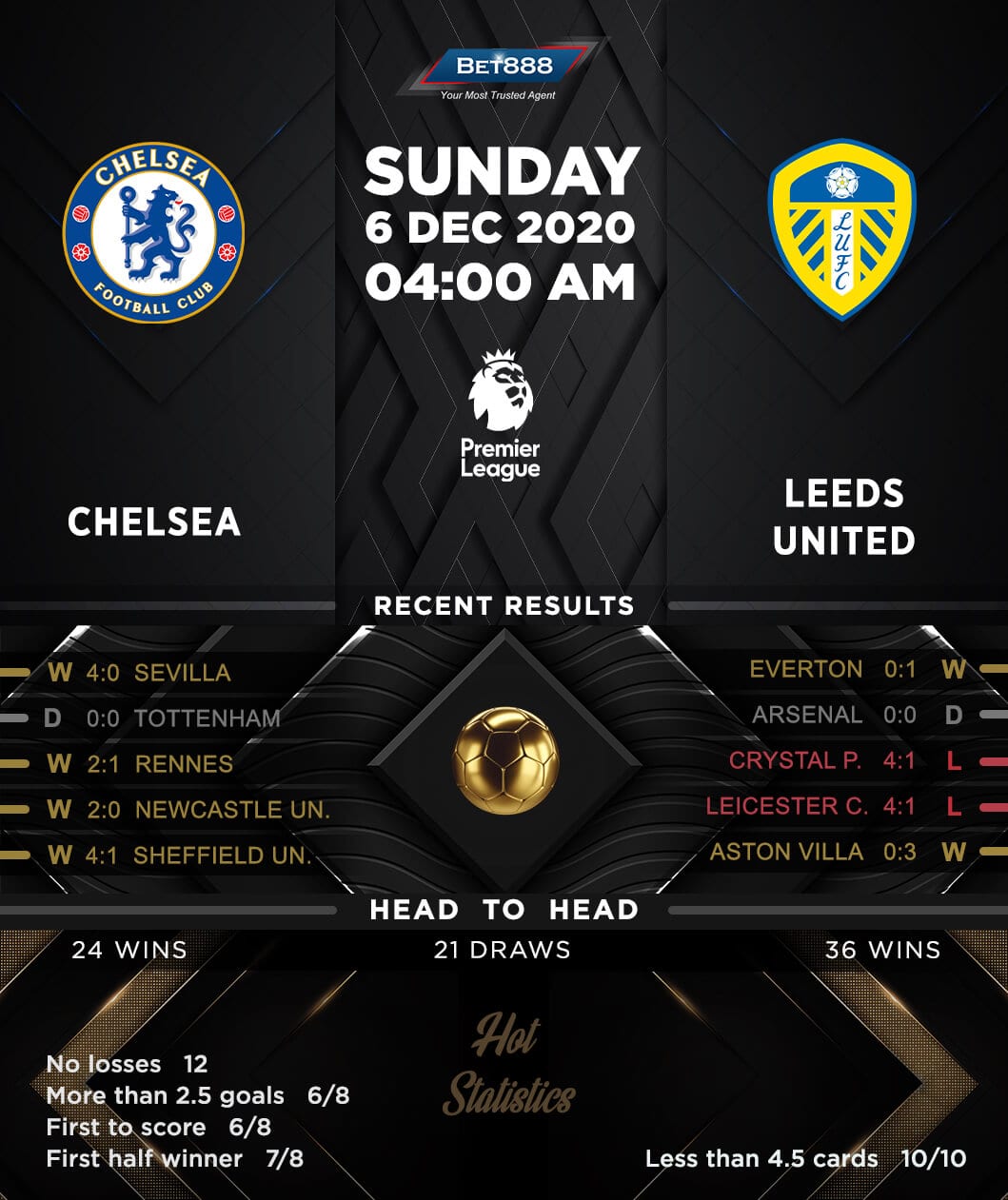