UEFA Champions League football is at stake as Chelsea and Leicester City prepare to square off at Stamford Bridge in a massive Premier League top-four six-pointer.

Chelsea have failed to win three times in their last four Premier League outings at Stamford Bridge (W1, D1, L2), frustratingly drawing a blank on two of those occasions. Additionally, the ‘Blues’ haven’t defeated Leicester in any of their last six top-flight H2Hs (D4, L2), having won nine of their 11 such encounters prior to this run (D1, L1). On the flip side, the Londoners haven’t lost the final home league fixture of the season in any of the last 18 campaigns (W12, D6). Interestingly, a dip in form has seen Chelsea concede first in their last two Premier League matches, having done so just once in Thomas Tuchel’s first 15 league games in charge. None of Chelsea’s five home Premier League contests in which they conceded the opener this season ended level (W2, L3).

On the other hand, a keenly-contested 2-1 away win against understrength Manchester United ended Leicester’s two-game winless streak in the Premier League (D1, L1). A victory in London would see the King Power outfit qualify for the UEFA Champions League for the first time since their triumphant 2015/16 campaign. Following a 2-0 home win in the reverse fixture back in mid-January, the ‘Foxes’ are looking to complete their first league double over Chelsea since the 2000/01 season. Easier said than done, though, given Leicester’s indifferent form during their last three Premier League trips (W1, D1, L1), all of which saw them get on the scoresheet beyond the 60-minute mark. After registering back-to-back shutouts in early February, Brendan Rodgers’ men have failed to keep a clean sheet in six Premier League trips on the spin, which has been the case only once in their last three top-flight visits to Stamford Bridge. 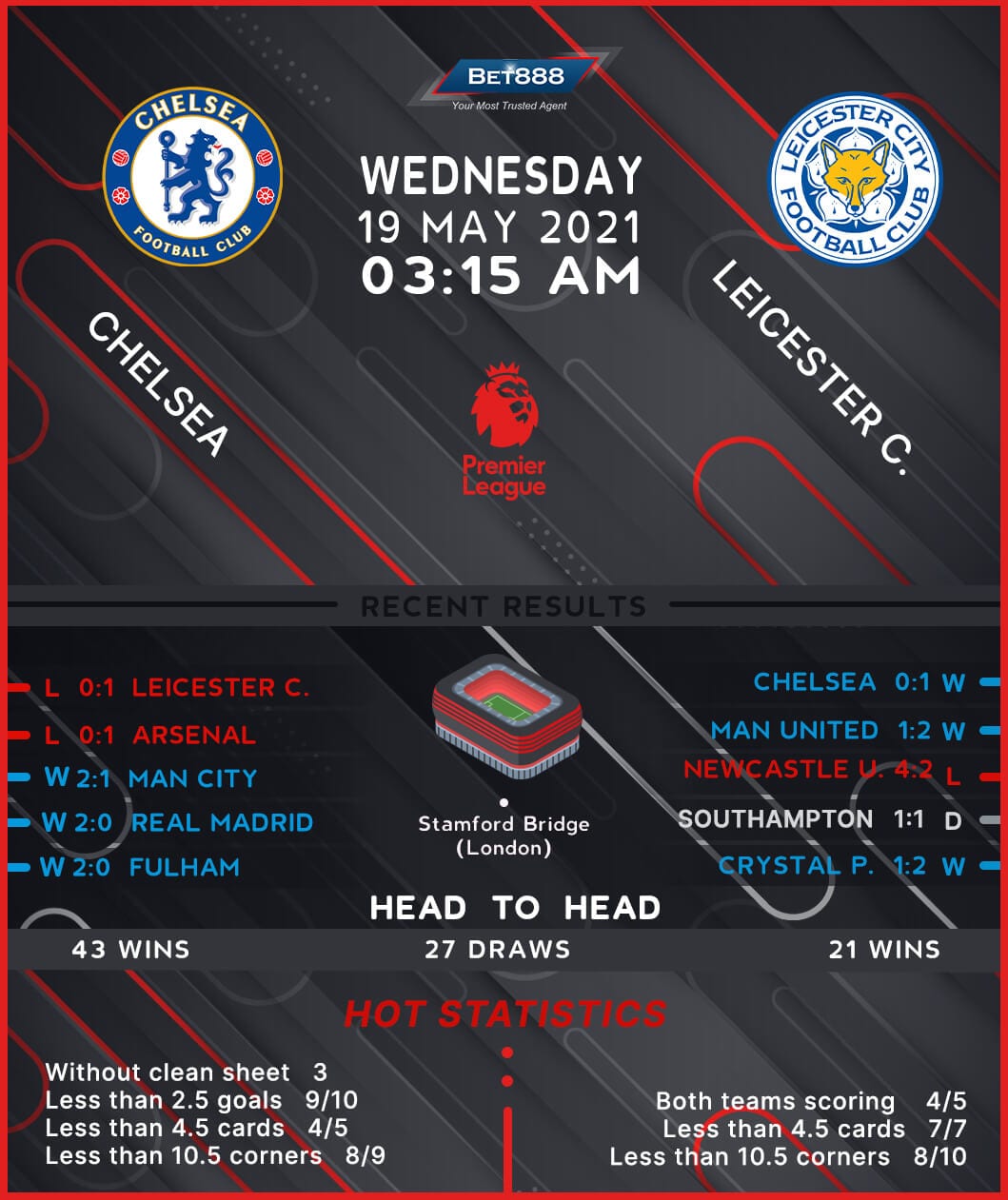