Momentum has been drifting away from Chelsea lately, as they’ve failed to win four of their five previous Premier League matches (D1, L3) after winning four of five prior to this streak (D1). At Stamford Bridge, however, Frank Lampard’s men have gone undefeated in seven Premier League games (W4, D3) since losing 2-0 to Liverpool in their first home fixture of the season, scoring over 2.5 goals per game on five of those occasions. In fact, Chelsea have notched up more second-half Premier League goals at home than any other side (11), finding the net beyond the 75th minute in half (4) of their eight home league matches. Additionally, the ‘Blues’ have outplayed Manchester City in three of their last four top-flight H2Hs as hosts (L1), firing in precisely two goals per match in each win across this run of clashes.

Meanwhile, a 2-0 home triumph against Newcastle United on Boxing Day did see Manchester City bring their unbeaten run in all competitions to ten games (W7, D3), eight of which saw one or both sides fail to get on the scoresheet. Indeed, the ‘clean-sheet’ theme has been a relevant factor for City this season, given that seven (77.78%) of their nine Premier League matches won/lost have seen the victor register a shutout. After seeing their last Premier League fixture against Everton postponed due to the increasing number of coronavirus cases within the Merseyside team, City head into this round trailing top-placed Liverpool by seven points, though they do have two games in hand over Jurgen Klopp’s side. Despite suffering just a single loss across their seven league trips this term (W3, D3), Pep Guardiola’s men have encountered massive problems in the attacking third, netting under 1.5 goals in each of their last six away Premier League fixtures. 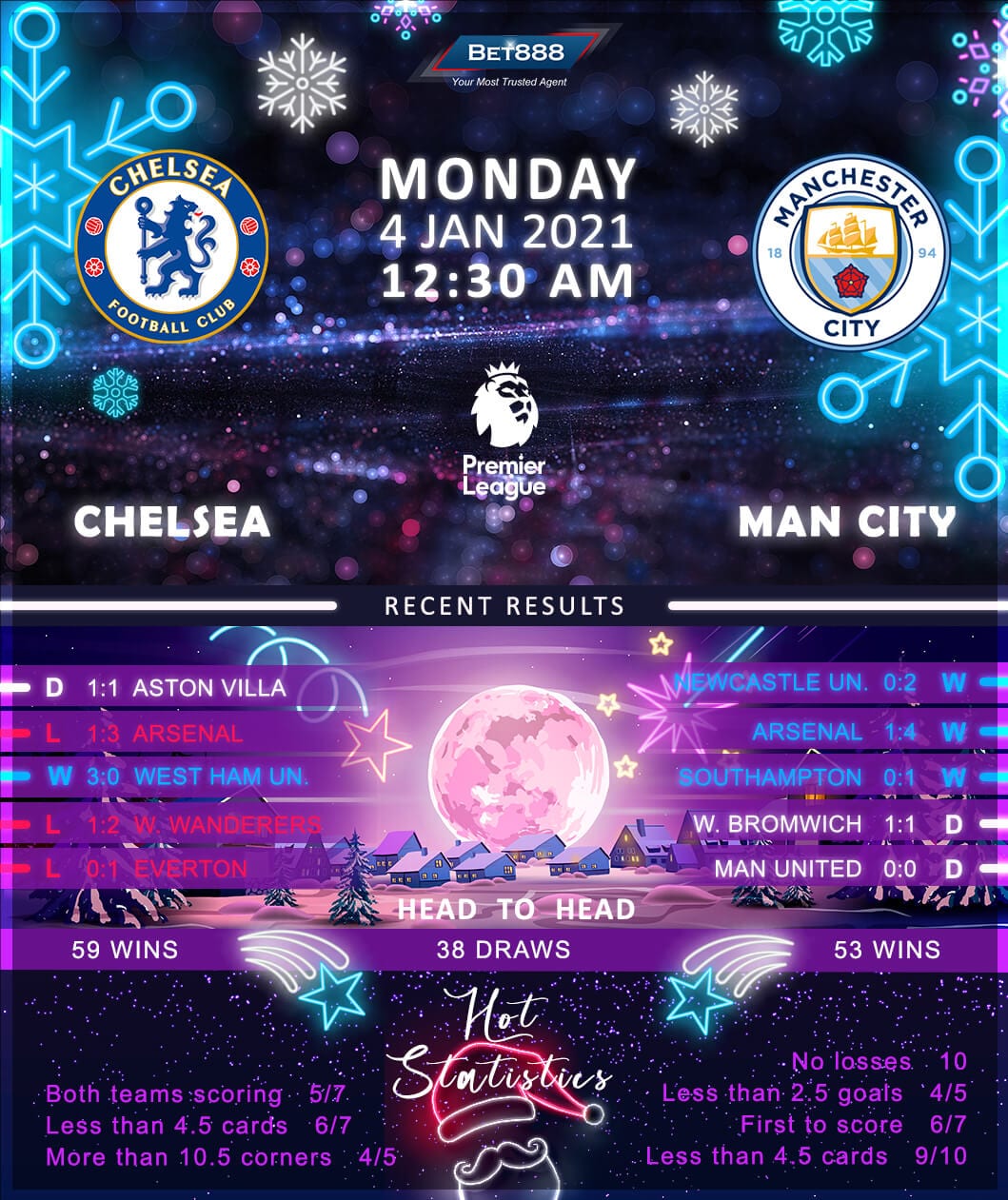