Chelsea have never ceased to impress under Thomas Tuchel, avoiding defeat in all eight competitive fixtures under the German manager (W6, D2) and keeping a clean sheet on six occasions. However, entertainment has been relatively sparse, with seven of their last eight matches in all competitions featuring under 2.5 FT goals. At home, the ‘Blues’ have only lost one of their previous 11 Premier League games (W6, D4), courtesy of a 3-1 reverse to Manchester City on Matchday 17. Worryingly, though, Chelsea are winless in six consecutive top-flight meetings with Manchester United (D3, L3), drawing a blank in the last three. They now face a risk of failing to score in four Premier League matches in succession against an opponent since April 1960.

Meanwhile, Manchester United have gone unbeaten in five Premier League games in a row (W2, D3) since suffering a 2-1 home loss to Burnley on Matchday 20, scoring over 2.5 goals per match on three occasions in that period. Coming into this fixture, the ‘Red Devils’ are the only team in the Premier League yet to taste defeat on the road this season (GP:12 – W8, D4), with seven of their eight away league victories seeing United come from behind to clinch the three points. By extension, Ole Gunnar Solskjaer’s men have not lost any of their last 19 Premier League away matches (W13, D6), a sequence that started precisely at Stamford Bridge in February 2020. Far more agile after half-time, United have registered 64% of their away league goals scored this term in the second half of play (16/25). 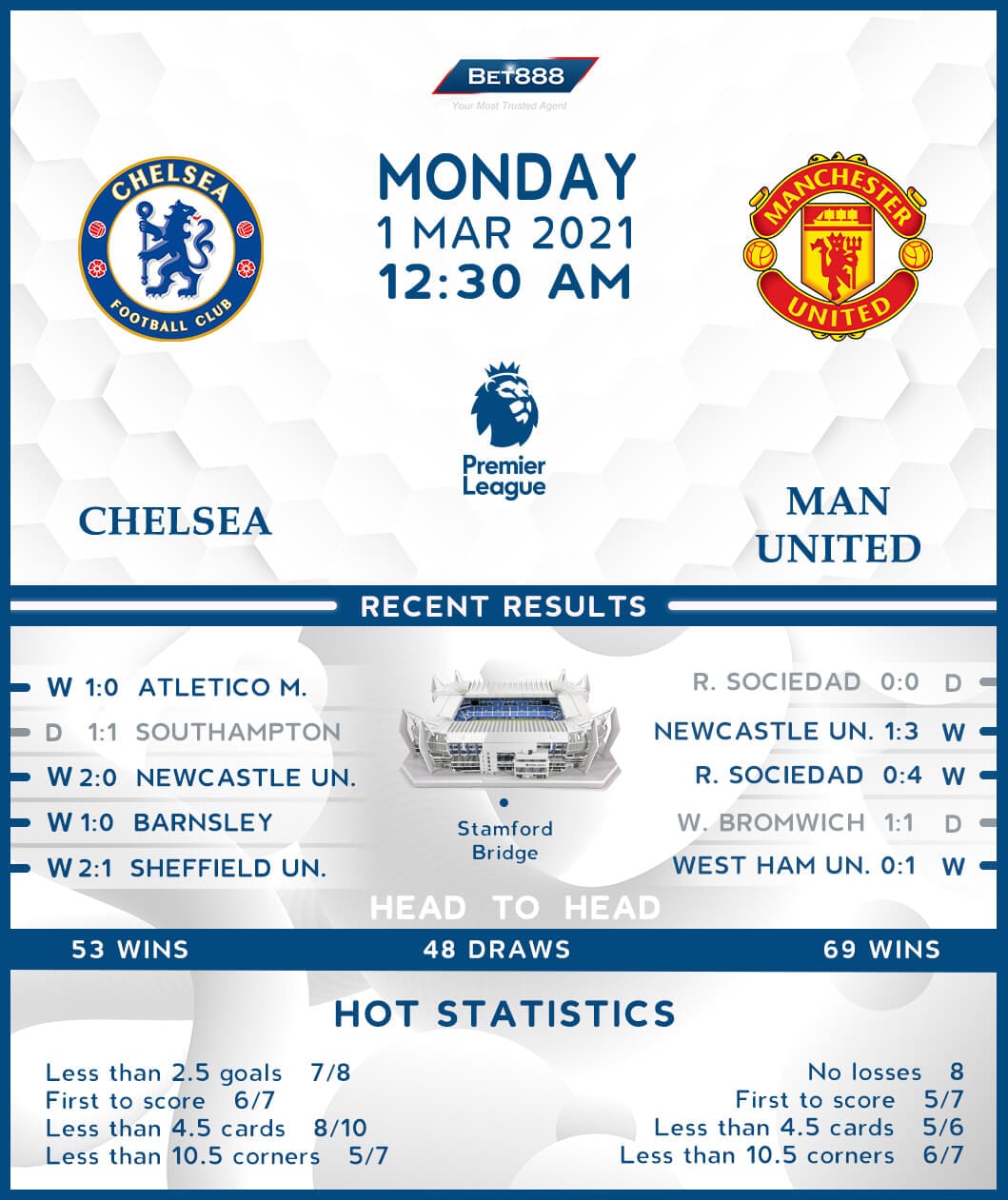