Chelsea play host to Morecambe as the two teams meet at Stamford Bridge in the FA Cup Round 3.

Despite failing to win any of their last three competitive games (D1, L2), the ‘Blues’ are odds-on favorites to beat lower-league Morecambe in their first-ever competitive meeting. Chelsea’s indifferent form across the festive period has seen their 11-game undefeated home streak in all competitions come to an end (W6, D5). Before losing 3-1 to Manchester City on January 3, Frank Lampard’s men had kept a clean sheet in six of their 11 competitive fixtures at Stamford Bridge beforehand, conceding precisely one goal per game in four of the other five. At the other end of the pitch, the west London giants have scored under 1.5 goals in four of their last six competitive home matches, drawing a blank in the second half on three of those occasions.

Meanwhile, the League Two visitors have won their last four competitive fixtures, three of which via a narrow one-goal margin. Interestingly, none of their three previous away matches have ended in a draw (W1, L2), with each game won/lost in this sequence coming by the same 2-1 scoreline. In the FA Cup alone, Morecambe managed to overcome National League outfit Solihull Moors in the previous round following an extra-time drama after squeezing past a semi-amateur team Maldon & Tiptree 1-0 in the first round. Things could get messy for Morecambe early in the game, given that they have conceded at least one first-half goal in each of their last three competitive road trips. Interestingly, Derek Adams’ men have scored precisely one goal per game in six of their seven previous trips. 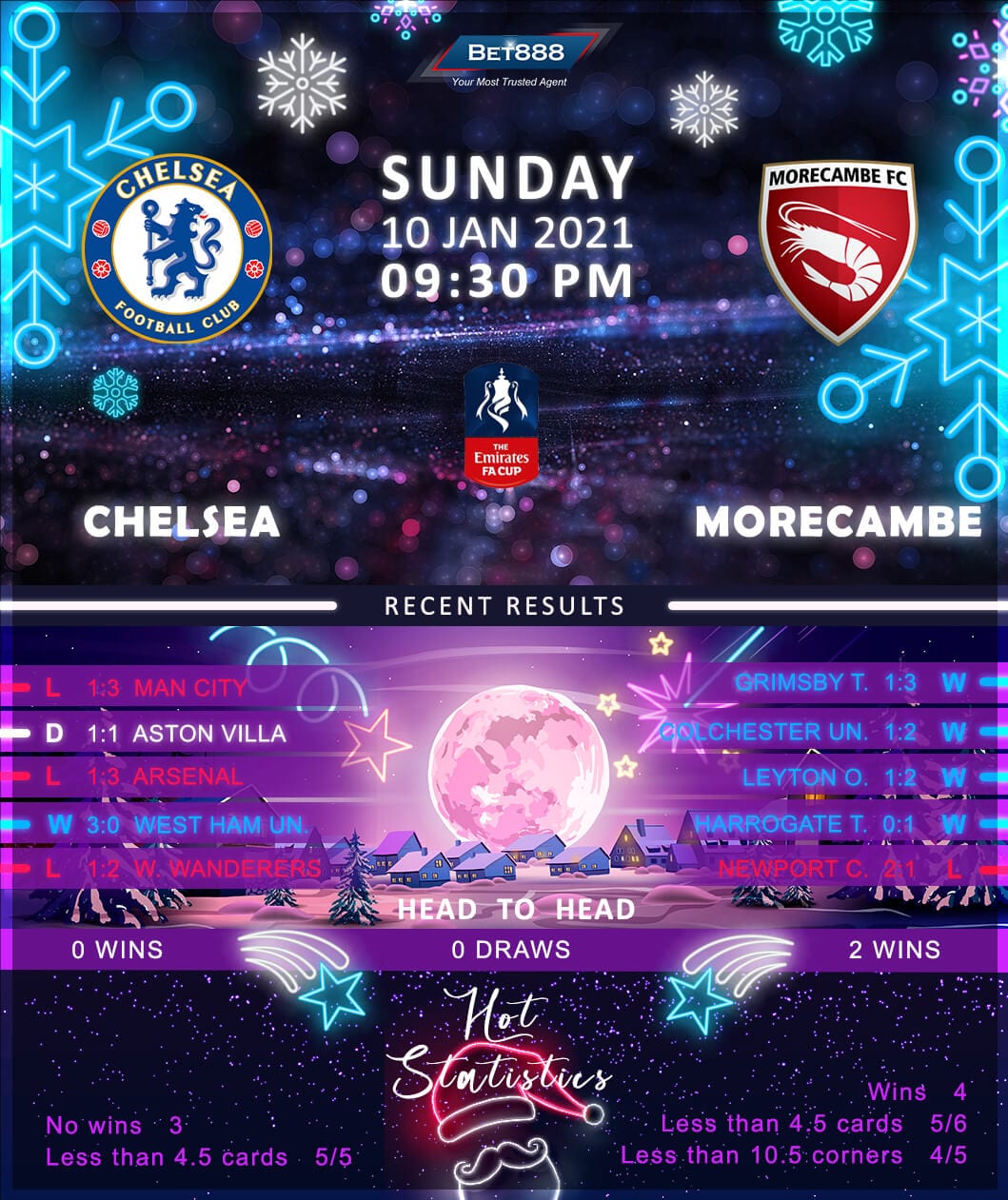